Raising objection to the clean chit given to CJI Ranjan Gogoi in the sexual harassment case, several protesters, mainly women, holding banners were protesting at Gate No. 7 of the Connaught place metro station. 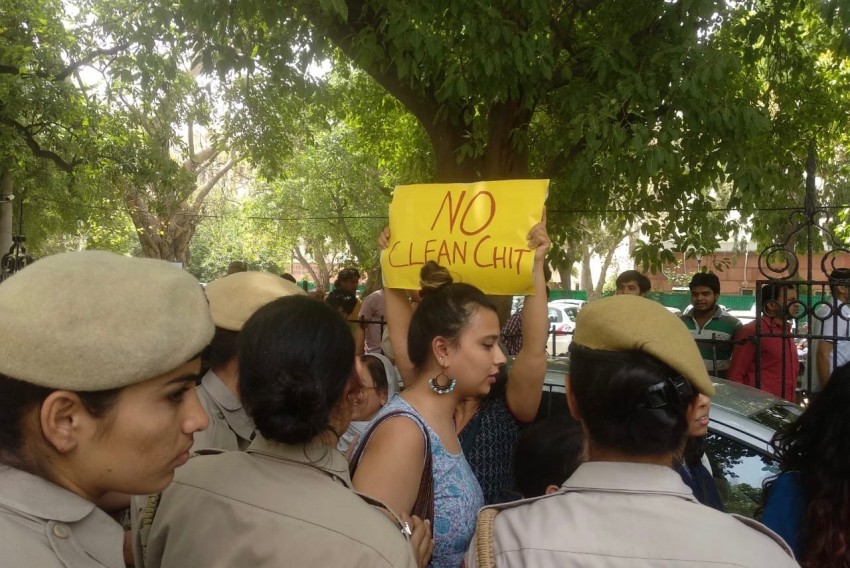 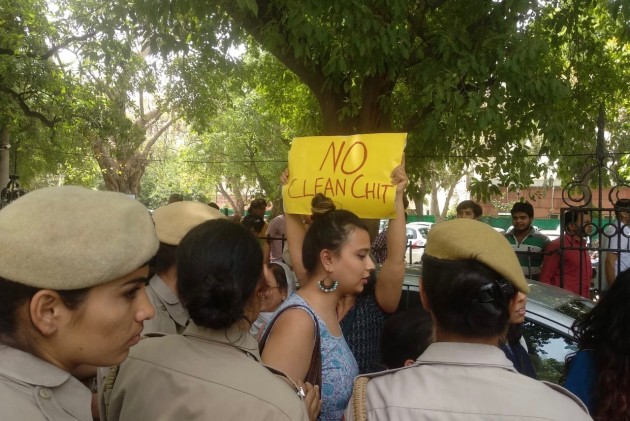 Seventeen women were detained Wednesday while they were protesting in New Delhi against the procedure adopted to deal with a sexual harassment case against Chief Justice of India Ranjan Gogoi.

Gogoi on Monday got a clean chit from the apex court's In-House Inquiry Committee which "has found no substance" in the allegations of sexual harassment levelled against him by a former woman employee of the Supreme Court.

Raising objection to the clean chit given to Gogoi, several protesters, mainly women, holding banners were protesting at Gate No. 7 of the Connaught place metro station.

Deputy Commissioner of Police (New Delhi) Madhur Verma said, "They were asked to protest at Jantar Mantar but they continued to protest at Connaught place. Seventeen women were detained and taken to Mandir Marg police station. However, they were released later."

This comes a day after 55 protesters, mostly women lawyers and activists, were detained outside the Supreme Court here.

Activist Annie Raja said the "complete negation and violation of legal procedure and existing rules of law is unacceptable".

"It will set a precedent that will have a very dangerous impact in the coming year," she added.

The three-member committee, which completed its task in 14 days, proceeded ex-parte as the woman had opted out of the inquiry on April 30 after participating for three days.

The complainant had on Monday said "gross injustice" has been done to her as a woman citizen of India and her "worst fears" have come true, and all hope of justice and redress from the highest court of the land have been shattered.

PM Modi Can't Face The Truth That He Has Delivered Nothing: Rahul Gandhi