Congress sources said that among the ten MLAs are the leader of Opposition Chandrakant Kavlekar, MLAs Isidore Fernandes, Jennifer Monserrate, Atanasio Monserrate, Francis Silveira, among others. 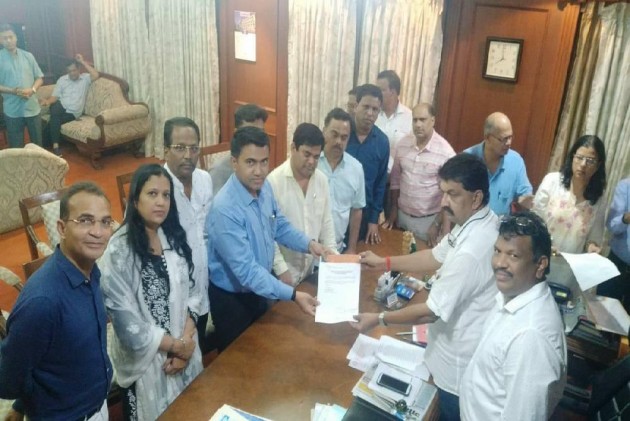 Ten of the 15 Goa Congress legislators have split from the grand old party and will join the Bharatiya Janata Party (BJP) on Wednesday night, news agency IANS reported.

"10 Congress MLAs are splitting from the Congress and joining the BJP tonight," MLA Isidore Fernandes said.

Congress sources said that among the ten MLAs are the leader of Opposition Chandrakant Kavlekar, MLAs Isidore Fernandes, Jennifer Monserrate, Atanasio Monserrate, Francis Silveira, among others.

In the 40-member Goa assembly, the BJP has 17 seats, Congress 15, GFP 3, MGP 1, NCP and Independents 2. However, once the resignation of 10 MLAs is accepted, the grand old party will be reduced to a paltry 5 seats.

Besides Karnataka, where the Congress-JD(S) coalition government is currently on life-support, the departure of 10 MLAs in Goa has increased the trouble for the grand old party in another state. The party is already reeling under a severe leadership crisis after its president Rahul Gandhi resigned from the top post taking full responsibility for the Lok Sabha debacle.