Chhi chhi! Do we have no shame at all? Is this the country we want to bring up our children in? 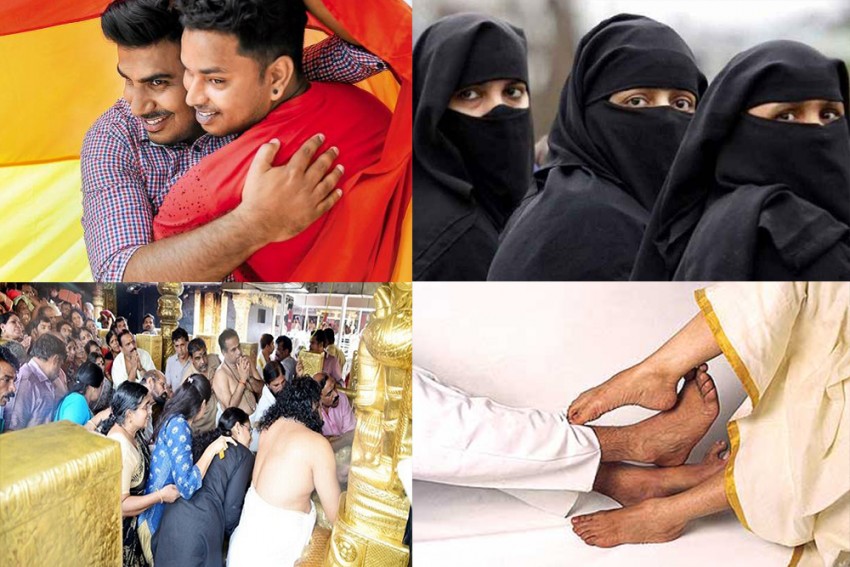 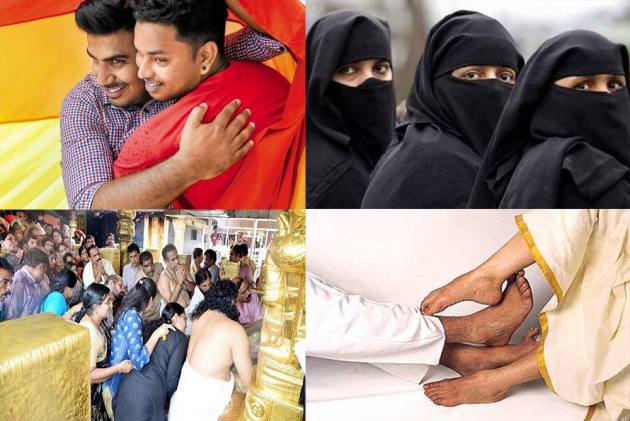 Chhi chhi! Do we have no shame at all? Is this the country we want to bring up our children in? A country of smug adulterers and proud gays? A country where the holy shrine of a celibate god is lawfully defiled by herds of menstruating women? Where a husband is barred from instantly and verbally divorcing his wife? What is the world coming to?

In a burst of enthusiasm, the Supreme Court has gone into overdrive trying to protect the guarantees of the Constitution. It has decriminalised adultery and gay sex, and had earlier criminalised triple talaq. It has removed a centuries-old taboo to allow women of all ages to enter and worship at the Sabarimala temple. It has upheld our right to privacy through its verdict on Aadhaar. But in case you thought that our constitutional morals had finally overpowered our prejudices and chauvinism, the Supreme Court also introduced a tantalising element of suspense with its latest verdict on Ayodhya. But this isn’t about that.

This article is about this week’s judgements where the SC vigorously defended gender equality. While striking down the 158-year old adultery law the court observed that the husband is not the wife’s master, and cannot treat her as a “chattel”.   It spoke of the dignity of women and said that any provision that treats women with inequality is unconstitutional. Continuing the same line of thought, in the Sabarimala temple case, the SC declared that patriarchal rules must change, and that women cannot be denied dignity. So not allowing them to enter the temple would be discriminatory and against the Constitution. In both cases, the SC was firm on women’s equality and dignity.

So why was it necessary to scrap the adultery law to upold the dignity of women? Because the law was only for men. Only a man could sue or be sued for adultery, the women involved were only important as the men’s belongings, and quite irrelevant as individuals.

And adultery itself was defined in a curious way. For example, if a man has sex with a married woman without the woman’s husband’s permission, he is committing adultery. If the same fornicating man (F. man, for short) has sex with the same fornicating woman (or F. woman) but with the knowledge or permission of her husband, it is not adultery. Also, if the F. man has sex with the F. woman, but she is unmarried, it is not adultery. It is also not adultery if the F. woman is a widow. Our adultery law only worries about the F. woman’s husband, nobody else. And of course it doesn’t matter whether the F. man is married, unmarried or widowed – he’s a man!

So this law assumes that women are the property of men. The husband decides what to do with his wife, she has no say in it. Even her body is not her own – it belongs to her husband. Inexplicably, this curious state of a person being married to his property is supposed to fortify the “sanctity of marriage”.

Incidentally, this same convoluted logic applies to marital rape. Now that the SC has trashed this argument altogether, hopefully marital rape will be declared a criminal offence pretty soon.

But when the law enters your private space, tells you that your ideas are past their use-by date and gives you new rules to follow, there are bound to be concerns.  So there are concerns that by trashing the adultery law we may be trashing the institution of marriage itself. Now, the only legal way of dealing with adultery would be to seek a divorce, so divorces would shoot up. The children of adulterous marriages would suffer. Men would openly have adulterous relationships and abandon their wives more than before.

Similarly, allowing women of all ages to enter the Sabarimala Temple would destroy the sanctity of not just the temple of the celibate lord, but also the sanctity of our right to worship as we please.

These anxieties, however, genuine, overlook our changing social fabric and the urgent need to accept more progressive values.  Let’s look at the more worldly issue first.

The adultery law did not really give women much relief anyway. As wives they couldn’t sue their adulterous husband or his paramour, or claim compensation if abandoned. And divorces have been going up for quite a while, especially among the urban educated classes -- mostly as stressed-out working couples try to juggle social expectations, family responsibilities, job demands, individual needs and self-respect. Finally, the children of adulterous marriages would perhaps get a more dignified life if the shame of an illicit affair that must be forever kept under wraps is gone.

Besides, there may be a certain naiveté in assuming that the courts and the cops can keep your marriage robust. Trapping angry adults in unhappy marriages may not be the best way to bring up their children or build a stable society with good moral values. So even if the adultery law was made gender neutral, allowing women to sue and be sued, I believe it would not have strengthened the institution of marriage. In our still violently patriarchal society it may, in fact, have led to more domestic violence, murders and suicides.

Which brings us to the apprehension that suicides will now increase since the only criminal recourse left now is if the spouse of the adulterous husband or wife is driven to suicide by the illicit affair. Sadly, suicides too are on the rise in our country, and that has very little to do with the belief that someone would fight decades-long legal battles after your death to get you justice.

A marriage in India is not between two people– it’s between two families, and has long been the arena for social powerplay and extreme, dehumanising rules that treat not just the woman but also the man as a commodity. Religion, caste, sub-caste, class, social status, even skin colour make up the rules of this suffocating game of power, financial gain and domination, where the happiness of the girl and the boy tied together in marriage is irrelevant.

Maybe by leaving it to the two individuals who make up a marriage, and treating them as equal partners in a responsible relationship, will strengthen rather than destroy the idea of marriage in today’s India.

This equality before the law and in society is extended to equality before god in the Sabarimala verdict. Lord Ayyappa must get used to women worshipping him even in his temple celebrating celibacy. Surprising as it may seem to some religious men, there is more to a woman than sex and male desire.

Besides, however hard he may try, a brahmachari can’t really live in a world made up only of men. There will be women – those bothersome beings with their shy smiles and pleading eyes, or sly smiles and wily eyes, and everything else that spells trouble. The brahmachari needs to stay unmoved by their wicked charms. Surely Lord Ayyappa doesn’t need our male priests to protect him from the second sex?

Or does he? Is the bar on women actually a vote of confidence in the power of youthful women which can even weaken the resolve of a god? Whatever the reason, as mere humans in an age where stree shakti has lost its edge, clearing the decks for equal opportunity of worship is the sensible thing to do.

In fact, now that the third sex has been allowed their long overdue rights and dignity, and same-sex love has been legally accepted, the male-female binary in social and religious customs needs a thorough revamp anyway. Happily, these recent judicial verdicts continue up that path. And if we can extend this constitutional morality beyond gender equality to the equal rights of the religious, caste and tribal minorities, we could be all set to usher in the progressive India that our forefathers dreamed of.

(The writer is Editor, The Little Magazine. Views are personal.)