Only last year, India chased down a 351-run target against a very good English bowling attack. 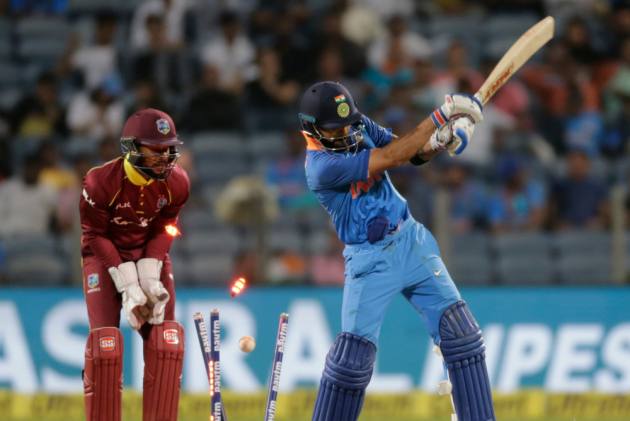 Fans predicted a no contest in the limited-overs leg of the West Indies tour of India, especially after the drubbing in the Tests. True to the predictions, India won the first ODI at Guwahati with 47 balls to spare in a big run chase, thus reinforcing the belief that the second-ranked team in the world is indeed breathing fire.

India were forced to share the spoils with the beleaguered Windies at Visakhapatnam, an unexpected result. But what about the Windies' perspective? Visiting skipper Jason Holder has been egging his team to consistently score 300+ runs, and they did it twice. India even failed to defend a total of 321 runs.

Murmurs started doing the rounds. For the second consecutive match, India allowed the Windies to score 300+ runs.  And it was one of the many talking points ahead of the third match.

Then Pune happened. A small ground on a batting paradise. Only last year, India chased down a 351-run target against a very good English bowling attack. After putting the Windies into bat, India restricted the visitors under the psychological 300-run mark, with Jasprit Bumrah making an instant impact upon his return.

With skipper Virat Kohli in red-hot form, a target of 284 runs looked well within India's reach. As expected, the 29-year-old scored a classic hundred, his third on the trot, and India were cruising.

But the script suddenly changed, and in no time, India tasted their first defeat at home when the skipper has scored a hundred in a chase. Some record.

The 43-run defeat at the hands of a beleaguered yet fighting West Indies side thus exposed the hollowness in the Indian team.

The most glaring flaw in the Indian set-up is the unreliable middle-order, which revolves around Mahendra Singh Dhoni. The legendary wicketkeeper-batsman seemed to have overstayed the welcome the Indian team has accorded to him. Looking at his recent numbers, it's obvious that the former captain is clearly struggling.

As it happened, an otherwise brilliant Indian top-order failed to click in the match, thus exposing the middle order. And the result, a hollow phalanx of talented but untested batsmen throwing their wickets away. Both Rishabh Pant and Ambati Rayudu got starts but ended up losing their wickets due to carelessness. For Dhoni, there was not even a start to consider.

Unlike the Indian batsmen, the Windies got their lower middle order act together with valuable contributions from the likes of Shimron Hetmyer (37), Jason Holder (32) and Ashley Nurse (40). In contrast, Indian innings have two batsmen who have 35+ scores, and one was Kohli (107).

At one time, Windies were 227/8, which became 283/9. Interestingly, India were also 225/8, but they were folded for 240. Also, both the batting mainstays, Shai Hope for the Windies and Kohli for India, departed around the same time in 42nd and 44th overs respectively, but what made the difference between the two teams was how the two tails performed.

Then there is also the case of wrong combination. India needed a proper batsman at number seven but instead found Bhuvneshwar Kumar playing the role of a batting all-rounder. With Dhoni, at six, well past his prime, keeping a bowler at number seven was possibly the worst decision.