During the 'pollution affected' third Test match between India and Sri Lanka at Delhi in 2017, Mohammad Shami and Suranga Lakmal vomited on the field, raising concerns over the safety of players. Now, the BCCI is presented with the same questions 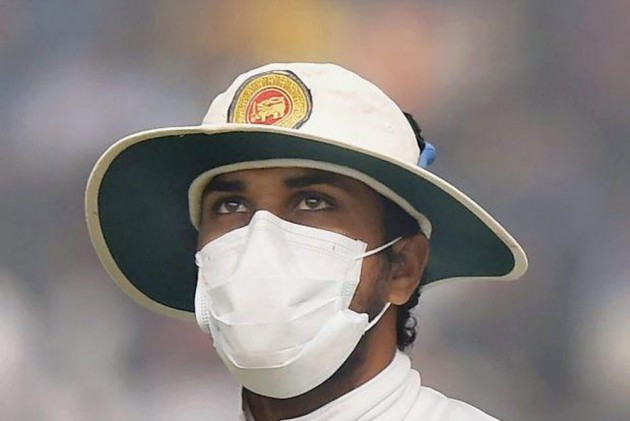 Remember what happened during the India-Sri Lanka series in 2017? Delhi became the focus of world media after visiting players turned up wearing masks and play during the third Test was disrupted multiple times, possibly for the first time, by pollution. Well, the notorious air pollution is back to haunt the Board of Control for Cricket in India (BCCI) again as it prepares to host Bangladesh in tour opening first T20I at the renamed Arun Jaitley Stadium on Sunday (November 3). (More Cricket News)

The air in Delhi have turned 'severe' during Diwali on Sunday as the Air Quality Index (AQI) recorded 999 in the Patparganj area. And the talk ahead of India vs Bangladesh match has been hijacked by pollution. Amid the worrying signs, a senior BCCI functionary said that there will be no change to the venue of the match.

"There will be no change to the venue of the opening T20I. We do realise that the air in the Capital isn't in a good position right now, but we are hoping things will get better in the next couple of days," the functionary said.

If the situation doesn't improve dramatically in the next few days, the BCCI will be forced to answer questions on players' welfare. During the Sri Lanka Test two years ago, Indian pacer Mohammad Shami and Sri Lanka's Suranga Lakmal vomited on the field on Day 4. The play itself was halted on three occasions on Day 2  because of the conditions. Then, an embarrassed BCCI said it will take air pollution into consideration when scheduling matches at the stadium in the future.

Emission from firecrackers and stubble burning in adjoining areas of the National Capital Region has increased the pollution level. The situation is expected to get worse going into the weekend.

According to the AQI data, recorded till 11 p.m on Sunday, the pollution level at the National Malaria Institute, Dwarka was 763 with a high number of PM 10 (tiny particulate matter of diameter 10 micron or less).

At ITI Jahangirpuri, the pollution level was 407 followed by Srinivaspuri at 313, both in the very poor category.

In the Chanakyapuri area, where the US embassy is located, the AQI was 189 at 8 p.m. and at Jawahar Lal Nehru Stadium it was 168.

At no place, the AQI monitors showed less than 100. This data was compiled by AQI monitors.

Bangladesh are scheduled to play three T20Is and two Test matches in India.