If New Delhi Tries To Break PDP, There Will Be Consequences, Warns Mehbooba Mufti

Mufti invokes 1987, Salahuddin and Yasin Malik, while warning Delhi of consequences if it tries to break PDP. 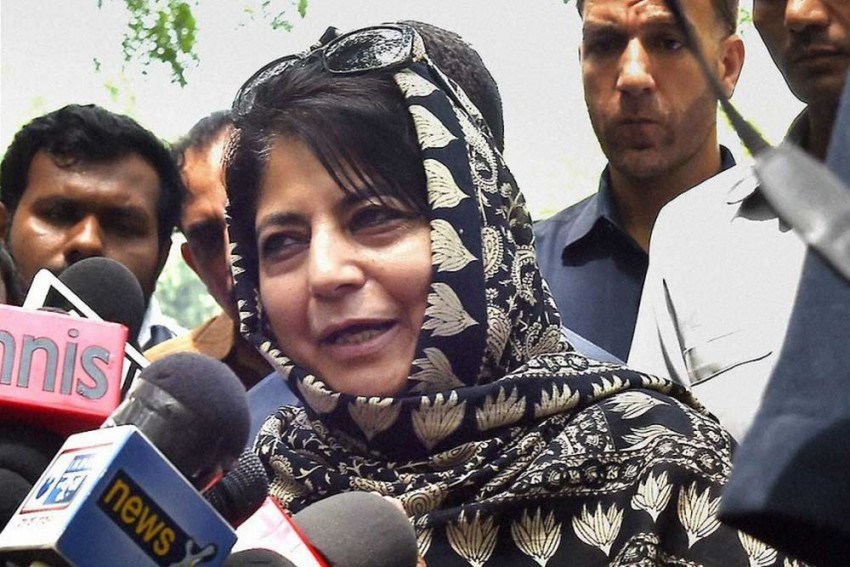 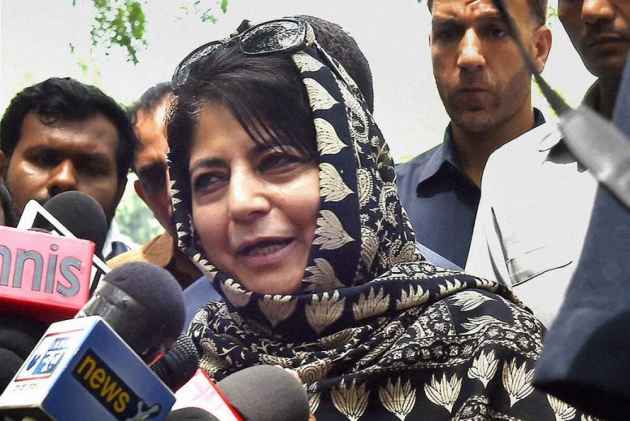 PDP chief and former Chief Minister of J&K, Mehbooba Mufti on Friday told reporters that "if there is any attempt to break PDP by Delhi, then their consequences would be very dangerous, like in 1987".

The former CM was referrring to the alleged rigged elections of 1987, where it ws alleged that despite the Muslim United Front (MUF) being the popular party, the elections were rigged in favour of the National Conference (NC). This was a major event, which many believe was one of the primary reasons for the onset of armed insurgency in Kashmir.

"There are problems in houses they are sorted out, but if in any way Delhi tried to interfere with it (PDP's internal matters), then to my understanding, like in 1987, like the the votes of the people here were despoiled, like MUF was crushed here, if there is a similar attempt by Delhi to break PDP, then its conseqences would be very dangerous." , Mehbooba told reporters.

Mehbooba was talking to reporters at the Martyrs' Graveyard at Naqshband Sahib after paying tributes to those killed in firing by soldiers of Dogra Maharaja Hari Singh on this day in 1931 during protests against his autocratic rule. The day is celebrated as Martyrs' Day in the state.

This was her first public appearance in the state after she resigned as chief minister.

After the government fell, several PDP legislators raised a banner of revolt against Mehbooba's leadership and accused her of nepotism and favouritism during her tenure as chief minister.

Jammu and Kashmir was placed under governor's rule on June 20, after BJP pulled out of the alliance with PDP.