A look at five unique films through the decades, representative of the changing social values and the despair at that time... 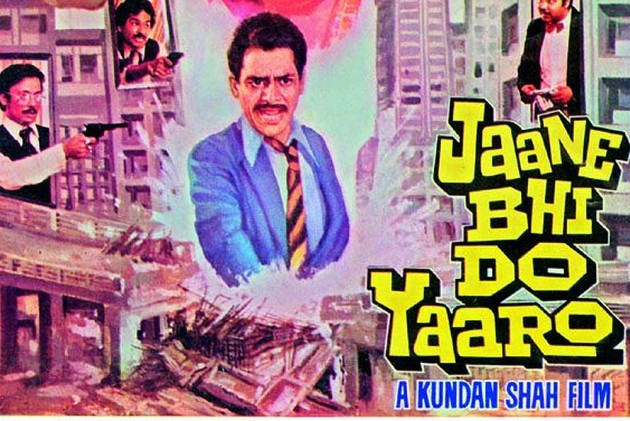 The post-independence decade was one of hope, of a young and modern India -- struggling to break free from the shackles of the past -- and this hope was reflected in the films of the 1950s. The films of Bimal Roy and Raj Kapoor were both poignant and hopeful ; as can be seen in Naya Daur, Shree 420 and Jaagte Raho. The 1960s were a celebration of music and dance, and this was mirrored in the free style dance moves of Shammi Kapoor, and the romantic charms of Rajesh Khanna.

However, by the 1970s a mood of despondency had set in -- old mores had given way to the new -- everyone was in a hurry to better their lot. For a lot of young Indians, it was a time to question their idealism and to wonder how far it would take them; a time when professional ethics took a bashing. When idealism was gasping for breath and corruption was undermining institutions. This was also the time when the 'Angry Young Man' was born; when the public wanted to see the ordinary guy bash up the smuggler, the black marketer, the unscrupulous builder, the corrupt bureaucrat and politician.

This mood continued till the 1980s. The 1990s once again brought some hope -- with the advent of liberalization -- melody returned to Hindi films. But that, is another story.

Here’s a look at five unique films through the decades , representative of the changing social values and the despair that had set into the popular public space in the country, during their time-

Anari(1959)
Anari, directed by Hrishikesh Mukherjee, stars Raj Kapoor, Nutan, Motilal and Lalita Pawar. Raj Kapoor plays an honest young man who is in search of a well paying job, the immediate necessity being payment of rent to his kind-hearted landlady Mrs. D'sa(played by Lalita Pawar). Msr. D’sa dies due to consumption of a spurious medicine manufactured by his employer.

Anari was one of the few films to deal with the heartlessness of unscrupulous drug manufacturers who play with innocent lives. The film swept the Filmfare Awards with 5 trophies (including one each for Raj Kapoor and Lalita Pawar), and also earned Hrishikesh Mukherjee the President's Silver Medal for Best Feature Film in Hindi at the National Film Awards.

Satyakam(1969)
If there is one film that stands out in the pantheon of films made on idealism , it is undoubtedly Satyakam. Hrishikesh Mukherjee’s 1969 film earned him yet another National Film Award for Best feature film in Hindi.

The story begins in 1946, when flag-bearers of the younger generation like- Satyapriya Acharya (Dharmendra) were eager to contribute to nation building. Satyapriya , armed with a degree in engineering, sets out with great zest. However, in his very first job in a public works department, he encounters fraudulent and immoral people. He finds it hard to cope with the situation there.

He keeps changing jobs, and becomes increasingly rigid in his principles, which leads to frustration at work and bitter marital conflict. Finally, Satyapriya succumbs to a fatal illness. The film has the power to shake one to the core even decades after it was made. It reminds you that the path less chosen is seldom smooth.

Tere Mere Sapne(1971)
Tere Mere Sapne was produced by Dev Anand and written- directed by his brother Vijay Anand . The story is based on The Citadel, a novel by A.J. Cronin. The movie stars Dev, Vijay Anand , Mumtaz, and Hema Malini, and was mostly shot around the coal mines of Chhindwara district of Madhya Pradesh.

The film was the first popular Hindi film made around the significance of the Hippocratic Oath administered to young doctors . It is the story of Dr. Anand Kumar(Dev Anand), a young and idealistic doctor who relocates to a small village to assist the local doctors, which includes the alcoholic Dr. Kothari(Vijay Anand). A couple of incidents leave Anand bitter and he moves back to Bombay to join the rat race. His wife Nisha is shocked by his transformation and withdraws into a shell.

Meanwhile, in a reversal of roles, Dr. Kothari finds self motivation and starts a hospital in the village. It takes a shocking event, the death of a child known to him, at the hands of a dubious surgeon, to bring Anand to his senses. The film had some beautiful melodies by S D Burman, including 'Jaise Radha ne mala japi Shyam ki', 'Ay, Maine Kasam li', and 'Jeevan ki bagiya mehkegi' sung hauntingly by Lata Mangeshkar and Kishore Kumar. The film also takes pot-shots at the state of the nation in the song 'Zamane dhatt tere ki!', picturized on comedian Agha ,Vijay Anand and the villagers.

Bemisaal is the story of an orphan Sudhir (Amitabh Bachchan), who is brought up by the father of his friend Prashant (Vinod Mehra). Sudhir and Prashant both study to become doctors. Prashant falls prey to the lure of the lucre and starts performing illegal abortions for which he is handsomely compensated.

Till the day , when one of Prashant's patients dies during an abortion procedure and Prashant is arrested. Sudhir takes the blame. Consequently, he loses his medical registration and spends nine years in jail. This gesture transforms his friend.

This labour of love of director Kundan Shah and his crew, was produced on a shoestring budget by National Film Development Corporation (NFDC). Yet it went on to become a cult film. The film was awarded the Indira Gandhi Award for Best First Film of a Director at the National Awards.

It tells the story of two ordinary and upright citizens, Vinod (Naseeruddin Shah) and Sudhir( Ravi Baswani), who are also struggling photographers. One fine day, while developing some pictures, the two stumble upon photographic evidence of a shocking , cold blooded murder of Commissioner D’Mello by infamous builder Tarneja (Pankaj Kapoor). The cause of the murder is a deal gone sour.

The two innocent souls , Vindo and Sudhir, get sucked into a quagmire of corruption where nothing is what it seems and everything is for sale. The film ends on a sad note, with the two getting wrongly framed, tried and sentenced for sabotaging a flyover in Bombay, which had lead to its collapse. The film ends with a brilliant ironical sequence of the two , dressed in prison uniform, wandering aimlessly near the Gateway of India, while 'Hum Honge Kamyab' plays in the background. The last shot has the two making a slashing sign across their necks, and dropping their heads down. Signifying the murder of innocence.