In an interaction with Outlook, Jonty Rhodes said that "there's not one or two teams that are clear favourites, there are maybe five. So every match is important" 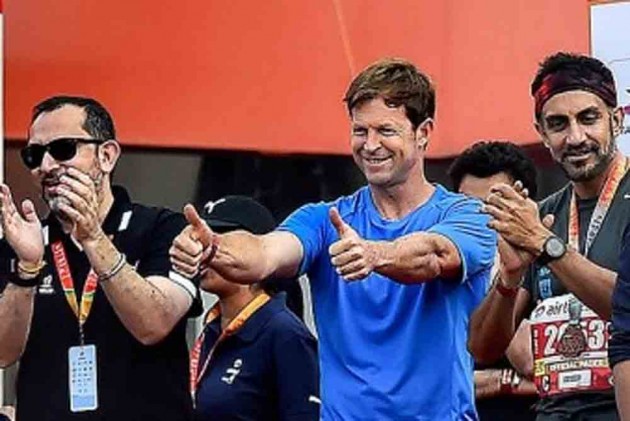 It's the consistency of performance that will stand out in the ICC Cricket World Cup 2019 where every game in the round-robin format will be crucial, says former South African cricketer Jonty Rhodes.

"There's not one or two teams that are clear favourites, there are maybe five. So every match is important," he told Outlook at an interaction on Sunday in Bangalore.

Given the pitch conditions in England, he says teams will have to learn to adapt.

"Also, the format of the competition with only 10 sides of which the top six ranked teams could rightly say "we could win the World Cup"," says Rhodes.

Among them, Rhodes reckons, are India, England, Australia, even New Zealand. "And then, there's the West Indies as well, very much a surprise factor this year. If they get it right, they'll be a dangerous side."

It's perhaps a good thing that South Africa aren't, at this stage, among the favourites, he says. "I'm just hoping, as a South African, that by no-one expecting them to win the World Cup, on current form, that takes a bit of pressure off them. So, maybe in a way, it's a good thing."

The round-robin format was last used in the 1992 World Cup whose defining image remains that of Jonty Rhodes stretched out in mid-air, inches off the ground, to claim a stunning run-out. Fielding, as we know, has never been the same again since.

"I think it (fielding) has become a complete team effort," says Rhodes.

Back in 1992, he recalls, the South African cricket team had little international experience.

"So, as a team, we focussed on the fielding...it wasn't just me, we weren't carrying any slow guys in our field."

That, he reckons, is the biggest change in cricket today.

"You don't have three or four players that you are trying to hide in the game. Maybe one. You can't get away with hiding more than two players in a 50-over or T20 game," he says.

Even in test cricket. "Can you imagine in a Test, you give Virat Kohli a second chance by dropping a catch, he's going to score a double hundred. Fielding has become an important element for everybody, not just for the crazy dude at backward point who's diving around. Everybody appreciates that, fielding can turn a game."

Rhodes was in Bangalore to meet the winners of a contest organised by the fantasy sports platform StarPick.

Online Fantasy Sports Gaming has caught on rapidly in India from just about 2 million users in 2016.

"By next February-March, just about the time when the IPL will kick off, we should have about 100 million people playing in India," says Trigam Mukherjee, Co-Founder, and CEO, StarPick.