I Am Not Running Away Anywhere, Says Robert Vadra On ED Raids

On December 7, the ED carried out searches at the premises of people linked to Vadra in Delhi, National Capital Region and Bengaluru in connection with some defence deals. 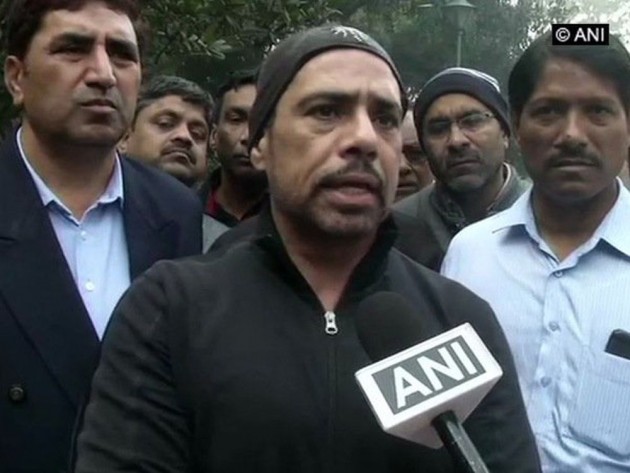 Robert Vadra, Congress President Rahul Gandhi's brother-in-law, on Wednesday asserted that he is not scared and is not running away from the country because he knows that he's not wrong.

Talking to the media on Enforcement Directorate (ED) raids on people linked to him, Vadra said he will "handle all the pressure".

#WATCH: "I haven't done any wrong. We are not above the law, we are very much with the law. I am an Indian citizen and I am not running away anywhere," says Robert Vadra on ED raids. pic.twitter.com/nnrvEK4nZs

"This is not something new, this is seven to eight years old. But the issue has intensified in the past five years. We responded to all ED notices in the correct way. I am here in the country, not running away. Whenever we were asked questions, I and my team gave correct responses. When I have not done anything wrong, why should I be scared?" he questioned.

'I Met Robert When I Was Just Thirteen'

He also said he will respond to questions which are asked in a legal way, adding that "why should I talk on a sub judice matter?"

"We are not above the law, we are very much with the law. I am an Indian citizen and I am not running away anywhere," Vadra added.

Demanding that the matter be investigated in a "fair" manner, he added that the "charges against me are totally false and politically motivated. I will not allow my name to be used for political blackmail and have always maintained that we will cooperate".

On December 7, the ED carried out searches at the premises of people linked to Vadra in Delhi, National Capital Region and Bengaluru in connection with some defence deals. It also questioned four people, including a Congress worker and two of Vadra's employees, in this connection.

The Congress has attacked the Narendra Modi government over the raids, accusing that the Prime Minister was misusing the probe agencies.