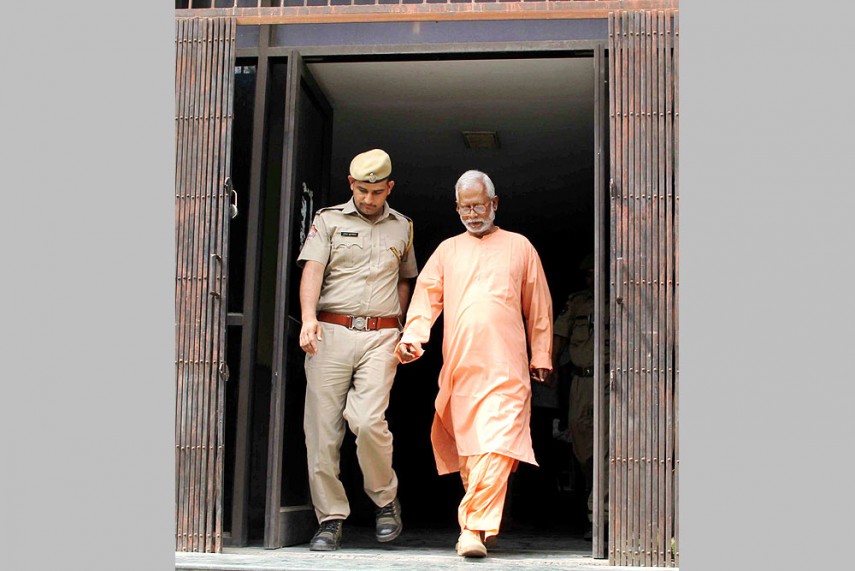 A Hyderabad court has granted bail to Swami Aseemanand, an accused in the 2007 Mecca Masjid blast that killed 9 people.

Aseemanand shall not leave Hyderabad without court's permission and be present for the trial when required, the judge said. The court has already granted bail to three others in the case.

Former RSS member, Swami Aseemanand, whose real name is Naba Kumar Sarkar, was arrested on November 19, 2010, from Haridwar in connection with the blast. Aseemanand is also an accused in the Samjhauta Express and the 2006 Malegaon blast cases.

Aseemanand had reportedly confessed to the alleged acts before the Metropolitan Magistrate Deepak Dabas at Tis Hazari courts on 18 December 2010.  A report by The Hindu quotes his 42-page long confession that said  “I told everybody that bomb ka jawab bomb se dena chahiye (we should reply to bomb blasts with bombs) I told everyone since 80 per cent of Malegaon are Muslims, we should explode the bomb in Malegaon.’’ He also said, “Since Hindus throng to the Ajmer Sharif dargah, we thought a bomb blast in Ajmer would deter Hindus from going there.’’

The Ajmer Dargah Blast on 11 October 2007 killed three people and injured seventeen. On March 8 this year, Aseemanand and six others were acquitted in the case by a court in Jaipur.

A special National Investigation Agency (NIA) court  sentenced Bhavesh Patel and Devendra Gupta to life in jail in connection with the case. Both the convicts-- with right-wing background-- were found guilty by the court of planning the blast. Gupta also had a history with the Rashtriya Swayamsevak Sangh (RSS), said a Hindustan Times report.

Seeking bail, the defence pointed out that Aseemanandhad been acquitted in the Ajmer case while an Ambala court had granted him bail in the 2007 Samjhauta Express blast case.

A total of 166 witnesses have been examined in the trial of the Mecca Masjid case and over 100 are yet to be examined.

Special Judge Ravinder Reddy granted bail to both Aseemanand and Rateshwar with the direction to produce two local sureties of Rs 50,000 each.