Rahul Gandhi wanted Andhra Congress to answer 35 questions ranging from the influence of YSR Congress, to the Telangana issue and whether to extend an olive branch to Jaganmohan Reddy. 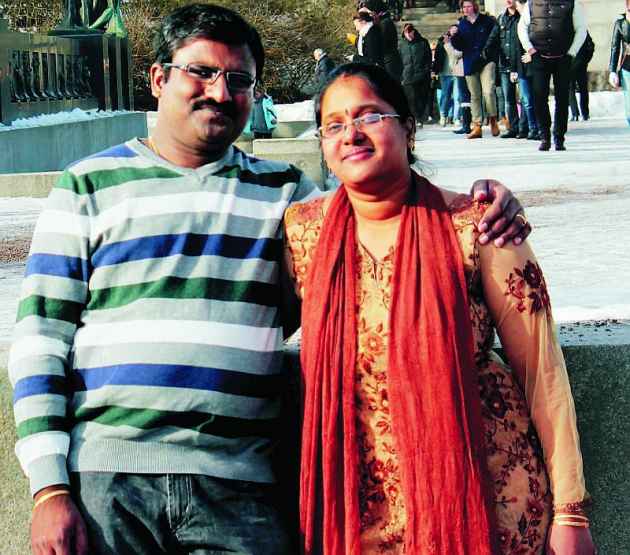 The families of TCS staffer V Chandrasekhar and his wife Anupama are in complete shock after a Norway court sentenced them to prison for allegedly abusing their 7-year-old child Sai Sriram. The children's grandparents are unable to digest the news and have been wailing for help. Anupama's brother Bhargav Krishna and Sai Sriram's psychiatrist Kalyan Chakravarti say that the Norway authorities have gotten their facts wrong. Dr Chakravarti says the boy is incoherent and it is a bit difficult to understand why the Norway authorities have arrived at such a drastic conclusion that the couple beat their child. With Chief Minister Kiran Kumar Reddy not really showing much interest, the relatives have been asking central government authorities to take the lead in solving the issue. They say that just like in the earlier, Bhattacharyas' case, Norway is confusing cultural differences with child abuse. The grandparents are crying themselves hoarse saying that they are unable to take care of the two young children of the couple who miss their parents immensely.

AICC general secretary Rahul Gandhi dispatched emissaries Vishwajeet Rane and Jitendra Deshprabhu to Hyderabad with a list of 35 questions. The ones to take the quiz were 20 Congress MLAs, MLCs and about 10 ministers. The political observers also met with PCC president Botsa Satyanarayana and Chief Minister Kiran Kumar Reddy. Rahul's emissaries who came to assess the party's chances in 2014 were in for a dark picture when practically every leader stressed the Congress' poor prospects. The enquiries ranged from the influence of YSR Congress party to the electoral chances of sitting MPs, the Telangana issue and whether the Congress would gain by extending an olive branch to Jaganmohan Reddy. Health Minister D L Ravindra Reddy reportedly told Rane and Deshprabhu that even if Jagan were to come back to the Congress fold, it would have to be on his terms. He would have to be made CM and the CBI cases against him would have to be withdrawn. Minorities welfare minister Syed Mohammed Ahmadullah was of the opinion that Jagan's return alone could brighten the party's chances. Other MLAs told the observers that the sympathy for Jagan was huge, especially in Rayalaseema and Andhra and the longer Jagan stays in jail, the greater the sympathy this would generate. Another minister Erasu Pratap Reddy reportedly felt that creation of a Rayala-Telangana state would benefit the Congress. Overall, Congress members are not too happy with the manner in which the survey was conducted. Practically every person who was quizzed revealed to the media their answers. The fact that Congress is extremely worried about its chances and views Jagan as a major threat has been made obvious by Rahul's functionaries, they feel.

TRS chief K Chandrasekhar Rao changes his mind faster than any politician does. The head spins with the speed with which he changes tune and tack. Only a couple of weeks back, KCR said that the TRS would not have a tie-up with any party. But that's ancient history now. He now feels that the BJP and the NDA might be good allies to achieve statehood. "The UPA has betrayed Telangana but there is an alternative in the NDA," the TRS MP said at a recent meeting of Telangana bodies. After the 2009 elections, the TRS has maintained a safe distance from the saffron party. But this recent statement indicates that the TRS is now favourably inclined towards the BJP. "The NDA has promised to grant Telangana statehood in three months if it comes to power," he said at the Telangana Joint Action Committee meeting. The MIM is not too happy with this statement of the TRS and has warned KCR asking him to stay away from saffron forces.

Two years back, when Indian students in Australia were the target of racial crimes, many students in Andhra Pradesh began to wonder if the Great Outback was all that it is made out to be. But the painful memories have healed and the Australian government is reaching out again to students here. Campbell Newman, MP and Premier of Queensland was in Hyderabad recently for signing of various MoUs and a workshop on education and vocational training. The former Military Major assured Hyderabadis of their security in multi-cultural Australia. "There are Hindus, Muslims, Sikhs and Christians who live in harmony in Australia. We welcome young people to study in the state of Queensland." Brisbane, the capital of Queensland and Hyderabad became "sister cities" through some MoUs a couple of years back and Campbell was in the city to take this initiative forward. Talking about the allure India holds for him, Campbell said that his daughter who is in the third year of university wanted to explore opportunities either in Hollywood or Bollywood. "I told her that if you want to play safe, go to Hollywood. But if you want to go to a place where the sky is the limit, try Bollywood."

DSN Murthy, MD of DATAMEdu which signed an MoU with Australian firm Skills Tech, says that he dreams of changing the mindset in India towards skill-oriented jobs such as plumbers, construction workers and electricians. He reveals that an electrician or plumber makes about 250,000 Australian dollars per annum. "In India, since there is no standardisation in vocational education, blue-collared jobs are still viewed with suspicion," says Murthy. His company hopes to change the attitude of both people and corporates towards skilled workers in a couple of years. Incidentally, mining is a major industry in Queensland and several Indian companies have a huge presence. GVK Group has invested around $18 billion in Australian mining and Adani Mining roughly invests $12 billion in the industry.

The state assembly saw its share of drama during the passage of the SC/ST Sub-Plan Bill. A special House session was convened for three days to discuss and pass the Bill which provides for spending of funds in the Budget for weaker sections. It was assumed that the Bill would be passed in routine course since every party attaches great importance to the welfare of SCs and STs. However, late in the night, at 10 pm, the Telugu Desam sought an amendment to the Bill that the funds be allotted to SCs on the basis of A, B, C and D categorisation. Interestingly, the YSR Congress which also appeared equally surprised by TDP's move, chose to back the demand. Speaker Nadendla Manohar allowed the motion even as Chief Minister Kiran Kumar Reddy tried to stall the move. He then appealed to the opposition that such an amendment could not be allowed since there was a Supreme Court order that for categorisation of SCs, Parliament would have to amend the Constitution. However, the amendment was finally put to vote and the Congress won by a mere 22 votes. Since many Congress MLAs had left by the time thinking the Bill would be passed in natural course, the government was in sheer panic when the Speaker allowed voting. Since the TDP's strength was also less during voting, it proved to be a life-saver for the Congress. There were only 116 MLAs in the House as against the full strength of 294 during the vote. In all, the incident exposed the poor floor management on part of the ruling party.

YSR Congress leader Sharmila Reddy who is currently in Mahbubnagar on her padayatra walks around 16 km a day while TDP president Chandrababu Naidu is in Nizamabad having completed 1,000 km of his yatra. Naidu is having several health issues such as a severe foot blisters and rising blood sugar levels. Naidu walks around 20 km a day. Sharmila apparently wears some knee bandages specially brought in from Germany which keep her knee joints supple and injury-free. One thing which Sharmila loves however is her afternoon siesta between 12 noon and 3.30 pm. And absolutely no one is allowed to disturb her during that time.