With India's remotest landlocked state Tripura witnessing a construction boom, many school dropouts are brought here to work as migrant labourers to meet the unorganised industry's hunger for cheap labour.

Najubuddin* (16) starts his day just before sunrise. With a few more children of his age, he prepares tea and breakfast for senior workers, before all of them begin their work at a construction site in Agartala, the capital city of India’s northeastern state of Tripura. The children live in temporary shacks with their ustads (or mentors) on the construction sites. All of these children, who spoke to The Outlook on condition of anonymity, had two things in common - they belong to very poor families and they had dropped out of school during the first wave of Covid-19 pandemic last yeaWith India's remotest landlocked state Tripura witnessing a construction boom, many such children are brought here to work as migrant labourers to meet the unorganised industry's hunger for cheap labour.

A large number of these children come from the neighbouring states of Assam and West Bengal. The person who arranges for the child labourers and puts them in touch with building contractors is called a Sardar. He acts as the middleman in the labour market. 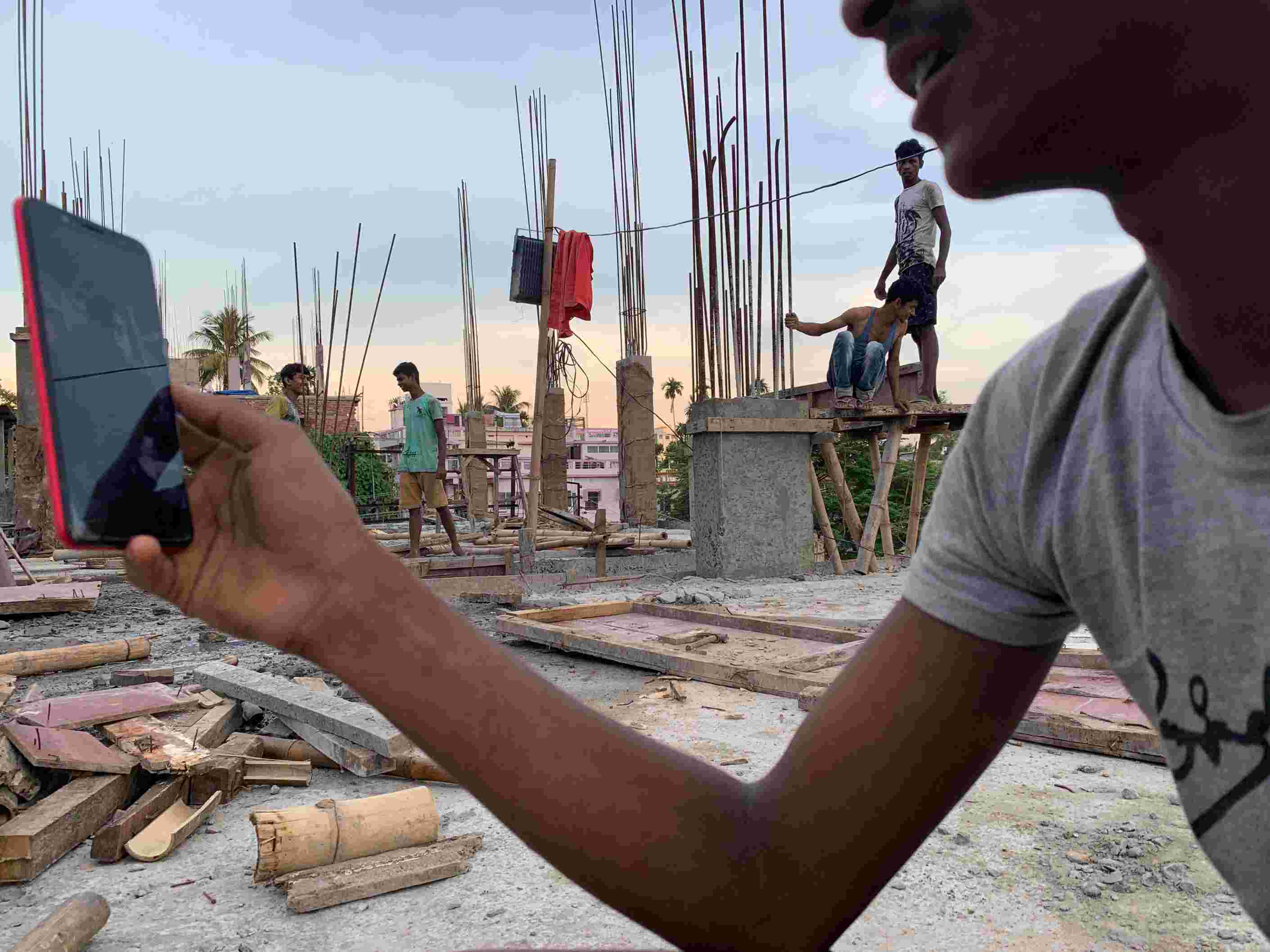 Sheikh Murshid Ali is one such ‘Sardar’ who brings laborers from West Bengal’s Purba Medinipur district and engages them in various carpentry works in Tripura. Murshid recalls pre-COVID days. “I hire on the basis of verbal commitment from the laborers, whom I provide with free food and lodging, and a once-in-a-year roundtrip to their home. The wages depend on their work efficiency and experience,” he says. He adds that “young trainees” learn the trade as assistants to their seniors. “They shop, cook food, and take care of other household chores. This is how I had also learned the trade,” Murshid says.

Though Murshid claims that all his trainees are adults, most of them look visibly much younger than that. He brought his “young trainees” from remote areas such as Panskura, Kodalia, Kolaghat, Bagnan in West Bengal.

The erstwhile princely state of Tripura, which merged with India in 1950 and became a full state in 1972, was under Communist rule for three decades till March 2018, during which it was projected as a ‘child labour free state’. However researchers and NGOs working on the issue of child labour differ claim that the ground reality is quite different. 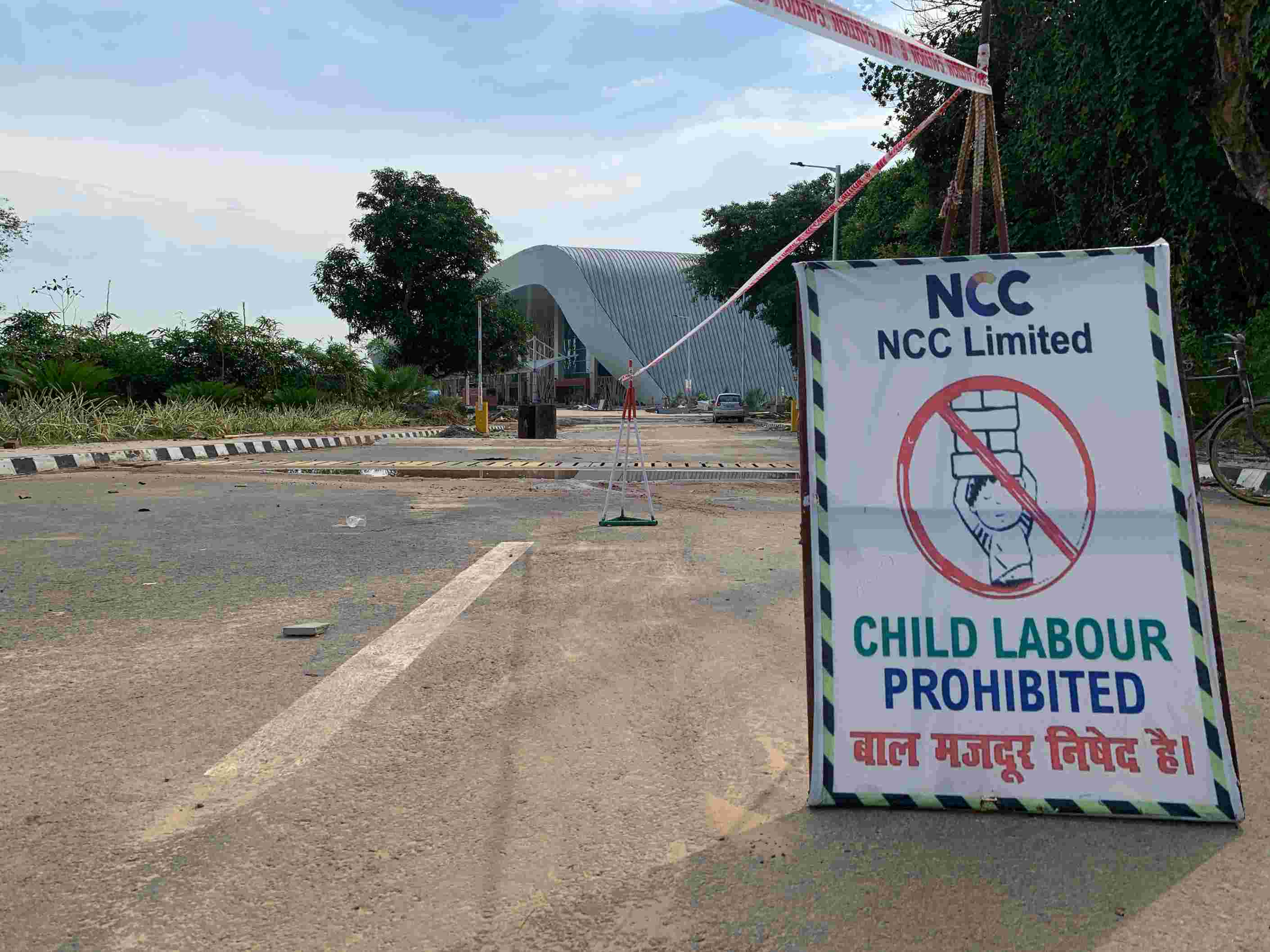 ‘Sardars’ such as Murshid have capitalised on the distress among some of the poorest people in the country who have further been pushed to the margins by Covid-19 and the subsequent restrictions put in place.

Jakir Hussain started as a construction trainee himself at the age of 14. Now, at 30 years of age he has engaged 22 workers, most of them minors, in shuttering and rod-binding work at a construction site at Jagatpur.

“Since there was not much work in the village, I came to Guwahati city 16 years ago and worked under a contractor. Initially I got free food and a place to stay. For the last three years, I have been on my own working on specific contracts. But COVID-19 devastated us and forced me to return home,” Jakir says. He comes from a poor family in Baruapara village under Darrang district of Assam. 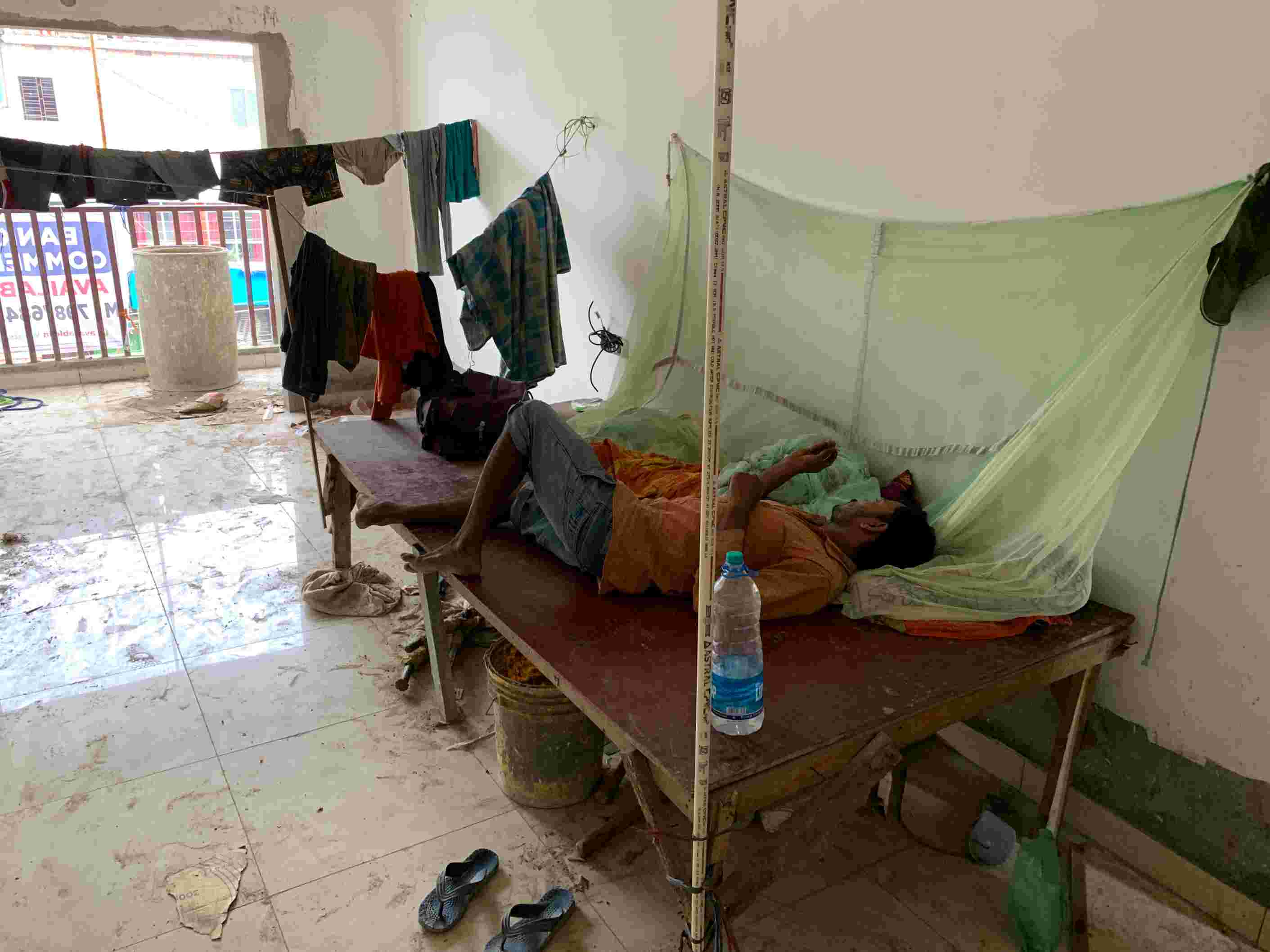 Once exploited himself, he now exploits other children, whom he prefers over adults, as they easily settle for lesser wages. Most of the members of Jakir’s team are inexperienced because they are recent school dropouts. The pandemic forced them out of school and pushed them into the labor market.

Sohijol Islam* (16) is one such child worker engaged at a construction site along with many of his friends.

“I studied up to Class 7 but after the lockdown I never returned to school. Now I am working here along with many other boys from our village. We came here with a relative. We were promised around Rs 12000 a month but we only get around Rs 4000 a month and Rs 70 per day for food,” Islam says.

His best friend Kuddus Ali* (15), a dropout of class five from the same school, had a similar story to tell.

“Most people in our flood-prone area are poor agricultural laborers. Once or twice a year floods wreak havoc to our crops, lives and properties. This forces even younger children to work to help their families," Ali said. He added that COVID-19 had exacerbated their problems as many earning members of their families had returned to the villages after restrictions were placed there. This, he says, forced children like him to come to Tripura in search of work. 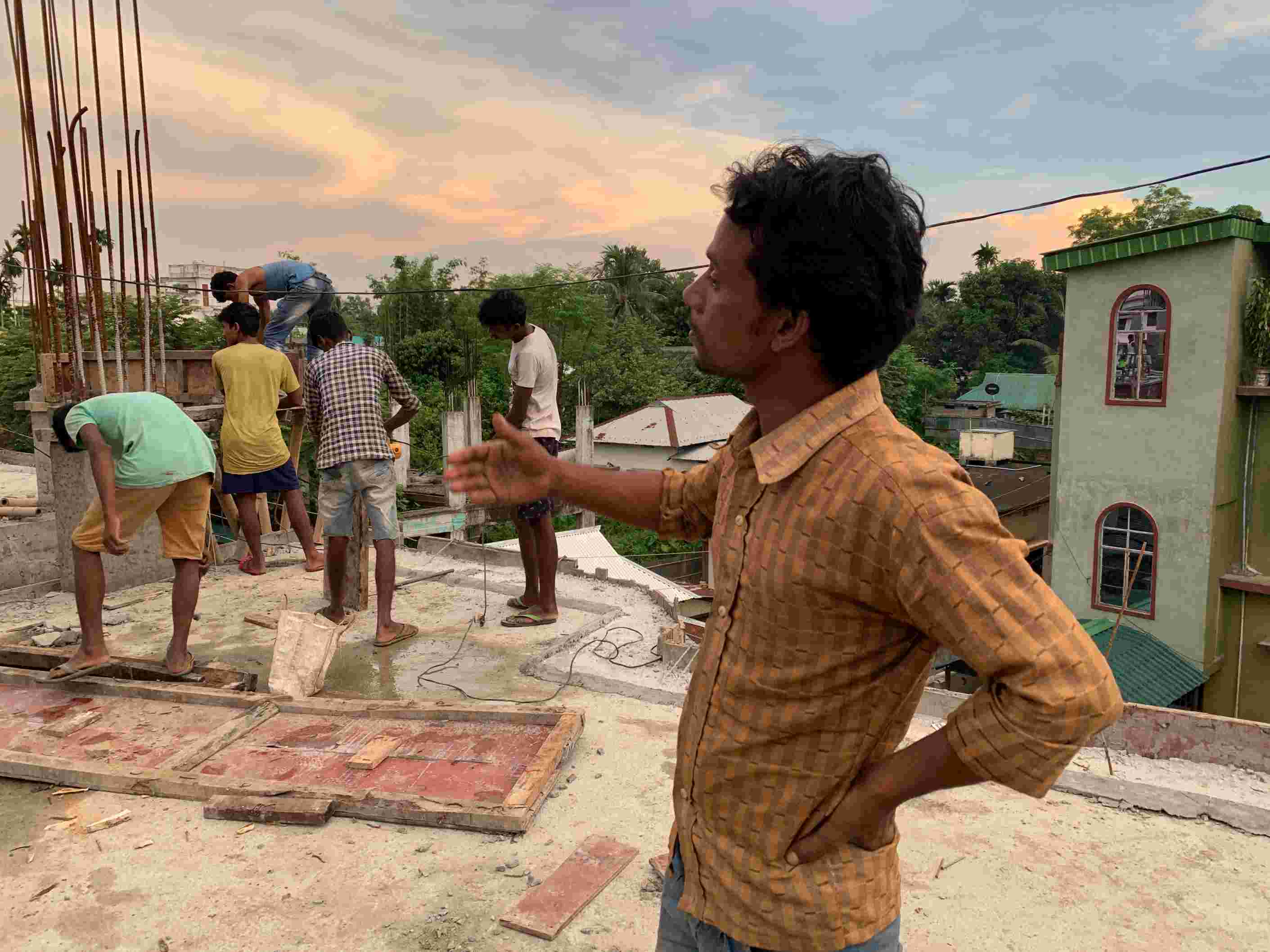 “Migrant workers are highly vulnerable on account of their extreme poverty and low social status,” says Dr Indraneel Bhowmik, who teaches economics in Tripura University. He adds that, “This results in their lower bargaining power in the labour market, and that further reinforces their existing vulnerabilities and traps them into a vicious circle of poverty and deprivation.” According to him, children working as labourers suffer huge disadvantages as they are largely engaged in the unorganized sector where labour laws are hardly enforced. 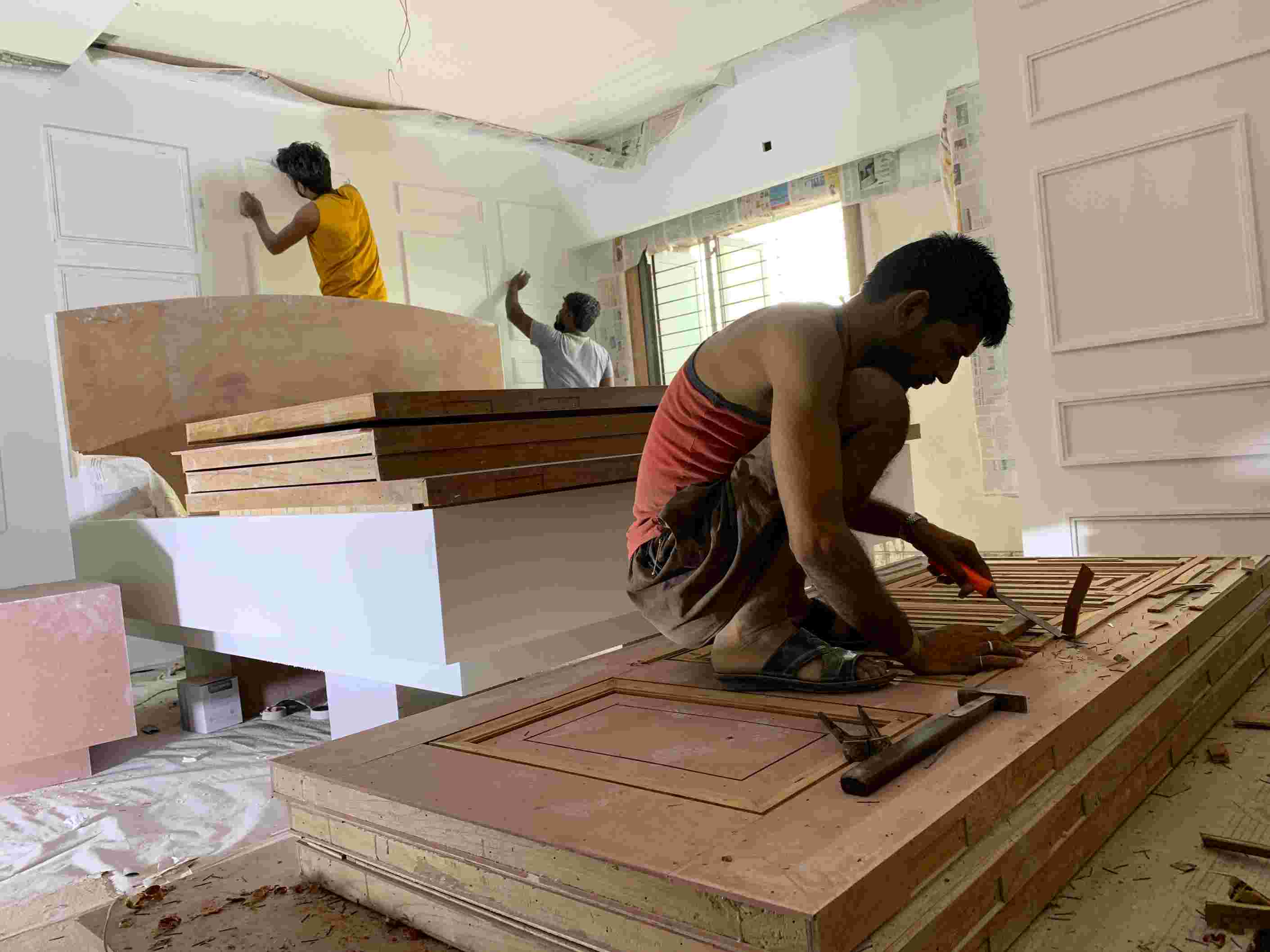 Though the incidents of child labour have decreased in India by 2.6 million between 2001 and 2011, the decline was more visible in rural areas, while the number of child workers has increased in urban areas, indicating the growing demand for child workers in menial jobs.

“The surge of COVID-19 has further reduced their bargaining power. Moreover, with changing labour laws and weakening of the trade unions, their voices are being silenced. Laws are there but implementing them becomes tough due to the absence of appropriate data regarding migrant labours,” said Dr Choudhury.

According to Mousami Paul, a district coordinator in Agartala of CHILDLINE, a nodal child rescue agency working across the country with the Ministry of Women and Child Development, the one problem faced by rescue agencies is the disparity between different Indian that laws define the age of a child and minor differently. Because of this, she says, after the rescue of children the agencies face practical problems in their rehabilitation. She said that CHILDLINE Agartala during 2017-18 rescued 14 child labour in the West Tripura district which in 2018-19 has been more than doubled at 33. This, she says, is only the tip of the iceberg. 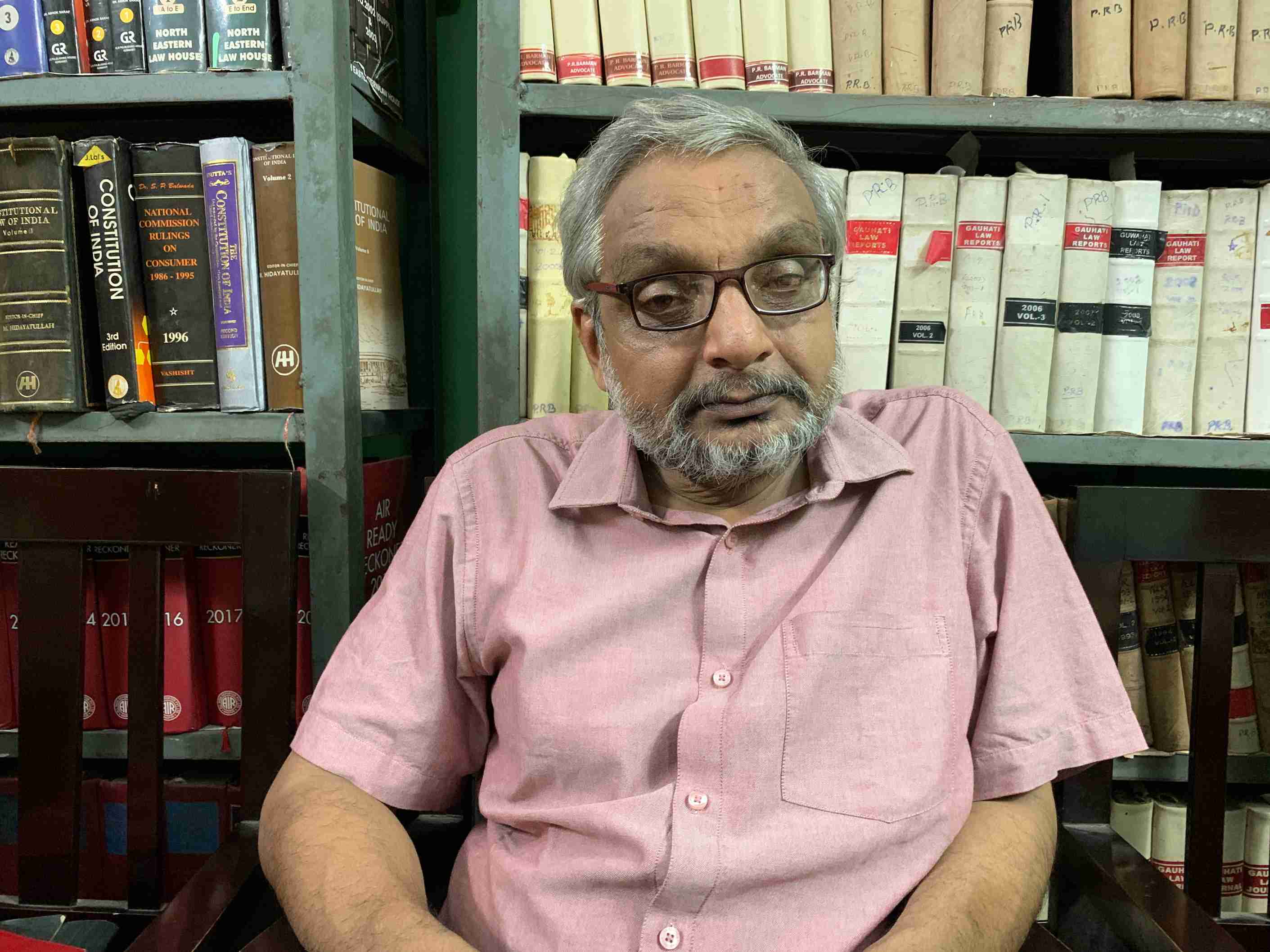 Meanwhile, Purushatam Roy Barman, a senior advocate of the Tripura High Court and founder of the Tripura Human Right Organization viewed that invisible migrant labourers could only make their presence felt during the mass exodus following the sudden lockdown due to COVID-19 in March 2020.

“The government does not have any data about the migrant laborers and both the Labour Department as well as the trade union has been very insensitive with them,” Roy Barman said adding: “I am hopeful that in days to come the condition of this marginalized section shall improve under the guidance of the Supreme Court of India which have ordered the government to register all migrant labourers.”

(This report was written and produced as part of a media skills development program delivered by Thomson Reuters Foundation. The content is the sole responsibility of the author and the publisher. Few names have been changed to protect their identities)