And it did so before dissatisfaction reached a point where India might choose to act on its own to suit its foreign policy goals in Afghanistan, not necessarily conducive to those of Russia 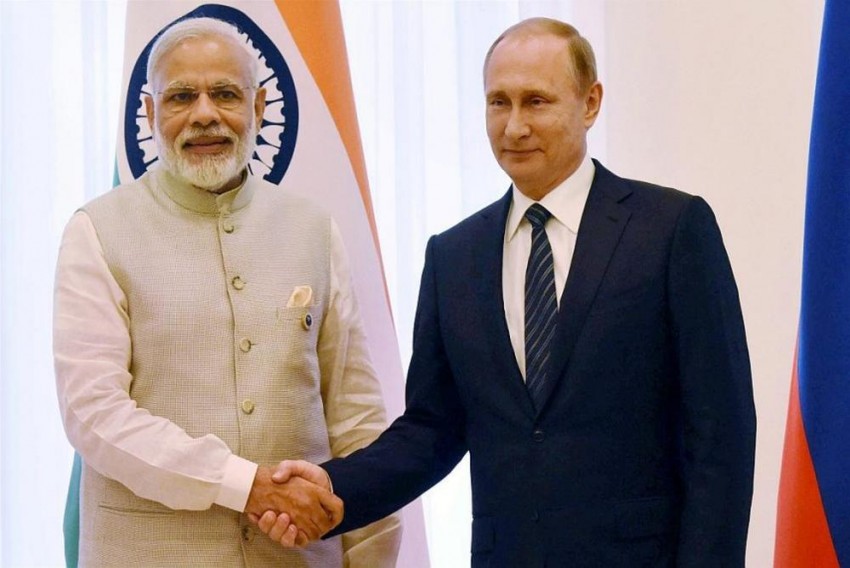 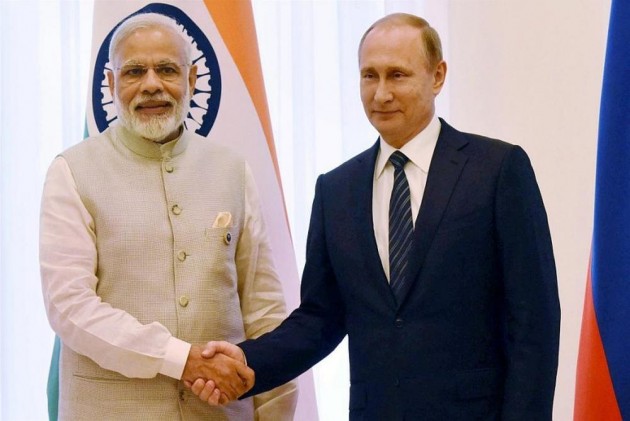 India’s ‘exclusion’ from the trilateral talks on Afghanistan in Moscow last December instilled deep disenchantment in the Indian leadership towards Russia. The former Soviet Union, in discussion with China and Pakistan, sought to initiate peace negotiations between the Taliban and the Afghan government. A significant cooling in the bilateral relationship between India and Russia was predicted.

By extending an invitation to the six-party talks held last week, however, Moscow showed a desire to engage India vis-a-vis Afghanistan – acknowledging Delhi’s position as a major stakeholder in the peace-building process there. Led by the Russian presidential envoy to Kabul, Zamir Kabulov, the talks further embraced Iran and the Afghan government, which faces seething security concerns.

Inclusion of India in the multi-party conversation was an opportune way for Russia to ensure Delhi’s rising status was accommodated through established institutional frameworks. Status here is understood in a relational manner –as a positional attribute –and not as part of a zero-sum game. As Barry Buzan, International relations expert, contends, status is defined not just on the basis of capability but also ‘perceptual criteria’ –as recognized by others, chiefly the ‘top-table peer group’.

In tandem with this definition, he identifies three distinct groups: superpowers, great powers and regional powers. While India has made demands for ‘great power’ status, it remains an unavoidable ‘regional power’ in south Asia– connoted by a few scholars as a ‘distinguished’ and ‘exemplary’ power – seeking recognition from the developing countries as well as the top-tier groups. For instance, as Nicola Horsburgh and Kate Sullivan of Oxford remark, India’s nuclear doctrine has been projected as non-coercive by emphasizing on its purportedly unique capacities for restraint, arsenal size, nuclear development and declaratory policies.

For decades, India has found itself playing an ‘exceptional’ role in Afghanistan, in terms of security as well as socio-economic development. In a recent change of strategy, as conceived by analysts, India has ‘gifted’ Afghanistan five Russian-made Mi5 attack helicopters –a lethal transaction unprecedented since the Taliban were ousted in Kabul. Delhi has provided constant development assistance, with over $2 billion in aid since 2001 favouring infrastructural development, and military assistance in the form of the training of police personnel. India has perennially conceived its role in Afghanistan as non-violent and non-interventionist –as ‘exceptionally peaceful’ – and hence its reluctance to lend military support to US intervention after ‘9/11’.

When it became apparent that Russia was leaving India out of December’s trilateral meeting in Moscow, its top brass expressed huge discontent. The foreign secretary, S. Jaishankar, took up the issue with his Russian counterpart on the sidelines of the ‘Heart of Asia’ conference in early December. The national security advisor, Ajit Doval, raised similar concerns on a visit to Moscow for strategic and counter-terrorism talks.

It was a massive blow to Delhi, endangering a bilateral relationship which had stood the test of time. The minister of state for external affairs, M.J. Akbar, coolly remarked: “We do not believe that holding a meeting about Afghanistan alone is going to solve the problems of Afghanistan. Eventually, it is all about delivering benefits on the ground which [can be] seen by the people of Afghanistan.”

In contrast, Russia accommodating Delhi’s status by involving it in the six-party talks implies the acceptance of a rising power into the ranks of major powers. This can entail accordance of a leadership role in international institutions as well as symbolic recognition through declarations, state visits and invitations to key decision-making arenas. For India, recognition of its status claims has been a primal concern.

In accordance with the power-transition theorists, a state can be relatively satisfied if the benefits it accrues from the system quench its status aspirations, leaving it with no incentive to undermine or destabilize it. Though limited, an example of such peaceful accommodation is the United States’ rapprochement with China and its integration into the international order in the 1970s, which led to the mellowing of the latter’s opposition to the system. Conversely, theory exclusively focusing on status accommodation through material power misses out on the role of ideational and institutional factors and the possibility of status accommodation through non-violent policy choices – India being a case in point. Hence emphasizing threats to both physical security and status are paramount in understanding states’ status-accommodation techniques.

Indo-Russian status considerations in the institutional ambit have historically been premised on mutual trust and recognition of status aspirations in the global realm. For both countries, for most of the last century, this was evidenced in extensive material exchanges as well as respect for ideational values. Since independence, Russia has been one of India’s trusted allies: signing a rare friendship treaty 1971, the Indo-Soviet Treaty of Friendship and Cooperation, which was considered as at variance with India’s non-aligned goals. Nehru’s USSR policy was premised on shared values and commitments. In one of many letters to the state chief ministers on his visit to the USSR in 1955, he wrote: ‘I was astonished to find how popular some Indian films are. The names of several films were mentioned to me. The only two I remember now are Awara and Do Bigha Zamin. While at times the relationship sagged –as in the 1960s over the USSR’s increasing ties with China before the Sino-Soviet split –but the core, value-based understanding conferred an enduring stability.

A close Afghan observer, Rajan Menon, remarked: ‘The two countries have established substantial trust and understanding, a convergent worldview, and a stake in preserving a relationship that few countries can claim to have.’

In a similar vein, Minister M.J. Akbar challenged the idea of an escalating rift between India and Russia: ‘India’s relationship with Russia has stood the test of time and we are confident that it will stand the test of the future. We do not believe that Russia will do anything which is injurious to our security or injurious to our national interest. The bridge of camaraderie is candour. And I can assure you that there is candour.’

In the current strategic climate, as post-cold-war dynamics stand altered, both countries continue to see each other in positive light. In a Pew Research Center Survey, around 43% of Indians confirmed they saw Russia as a friend of India.

In the recently concluded BRICS summit in Goa, India and Russia clinched a $5 billion deal for India’s purchase of the S-400 Triumf surface-to-air missile system. They also signed deals to boost India’s imports and facilitate manufacture of Kamov Ka 226T light-utility helicopters. Additionally, it was announced that India would lease an Akula II- class nuclear-powered attack submarine from Russia for $2 billion. Hence, both states aim to grant recognition and legitimacy to the other’s status claims and security demands.

In this light, Moscow’s invitation to India for this month’s multilateral consultations showed a keenness to accommodate India’s status and security concerns on Afghanistan. A peaceful status accommodation of India also hints at Russia’s expectation that, while a rising India has a strong demand for meaningful status in the system, it is unlikely to become a threat – in terms of security or status – especially if its status goals are accommodated.

Russia’s attempt to incorporate India in a key decision-making arena was a signal of recognition of India’s perception of its role in Afghan peace building and stability. And it did so before dissatisfaction reached a point where India might choose to act as an independent stakeholder to suit its foreign policy goals in Afghanistan, not necessarily conducive to those of Russia.

Yet a persisting irritant is Russia’s contrasting goals in Afghanistan, for which it has found peace partners in Pakistan, Iran and China. While Moscow is eager to make inroads in Kabul to restrain Islamic State from taking ground, even if that means bolstering the Taliban presence, India sees the latter as an emerging security threat. Indeed, Delhi has long declared the Taliban to be the biggest threat to security stemming from Afghanistan, and one which India has ambitions to confront.

Russia and India will have to try to find common ground. But Russia’s closeness to Pakistan – as evident in recent military ties –could threaten India’s growing status and raise security concerns in Delhi. Heightened status conflict between India and Pakistan could have pernicious implications for Russia in turn. And this is all against the backdrop of a United States presidency best described as unpredictable.

Hence, it is of the utmost value for both India and Russia to enhance their bilateral partnership while accommodating status concerns in the institutional realm, and to find means to engage their interests in strategic domains such as Afghanistan – ensuring in the process that Afghanistan’s domestic situation is not exacerbated and its sovereignty not bargained away.

Baisali Mohanty is associated with the Centre for Strategic Studies, Observer Research Foundation. She has a postgraduate degree in South Asian Studies with International Relations from the University of Oxford