How Lack Of Immediate Medical Support Led To My Uncle's Death

How Lack Of Immediate Medical Support Led To My Uncle's Death

The ground reality of the state of Emergency Response System in India is shocking. Even at one of the busiest public beaches in Goa, speedy medical assistance was not available. 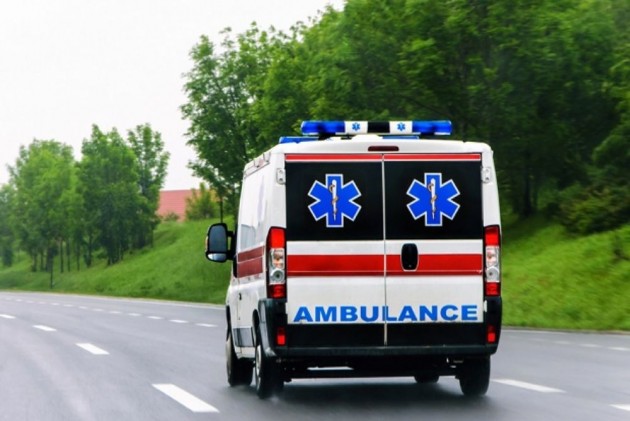 We keep hearing stories about India’s growth and that it is one of the fastest-growing economies in the world.

However, I disagree with the parameters on which growth is defined. I think that a country’s growth should not only be measured on economic parameters but should be reflected by its ability to take care of its citizens, how it values human life and its medical preparedness. If we take these as parameters for development, I would say that India is still an underdeveloped country. There is a detrimental flaw in the entire nation that affects one of the most important aspects -- the healthcare system. I am saying this because of the tragedy that my family went through.

Many of you must have read the news about “tourist on vacation in Goa killed by lightning at Candolim beach”, dated Oct 05, 2019.

The tourist that the story refers to was 35-year-old Chaitanya Nagpal. He died on October 04, 2019, at Goa’s Candolim beach after being struck by lightning.

I am Viren Kalra, Chaitanya’s nephew. I am 17-year-old and I study in Class XI. His sudden death came as a shock to the entire family. I know that we can never get back what we have lost and life will never be the same for us again. But I want to share the extreme difficulties which my family faced due to the lack of immediate medical help available at the site of the incident.  The ground reality of the state of Emergency Response System in India is shocking. Even at one of the busiest public beaches in Goa, speedy medical assistance was not available.

Chaitanya had gone for a family vacation to Goa.  He was accompanied by his mother, wife, daughter, sister (Taruna), brother-in-law (Tushar) and nephew. October 04 is also the birthday of his wife. Everyone was enjoying their time at the beach. Chaitanya and his kids were playing t the beach; his mother was sitting at a corner and his wife was taking pictures of the family. At this moment, nothing could have been better and life seemed seamless! Little did anyone know that these were the last few happy moments of their life.

It was around 4 pm and the weather changed unexpectedly. There was sudden lightning and Chaitanya suddenly fell on the ground. Taruna, who was standing at a distance of approximately 70 meters, also fell because of the impact.  She laid flat on the ground. On seeing her unconscious, Tushar immediately ran to help her. He tried to wake her up. Luckily, after a few seconds, she gained consciousness and opened her eyes, but because of the high voltage electric current, she could not move. Her heartbeat also became irregular.

Their kids (four-year-old and five-year-old) along with their grandmother had no clue about what was happening. This was a harrowing time for the family.

This was just the beginning of the horrific time the family had to go through. Some media reports said that medical help was provided to the family immediately. This is not true. The ambulance reached after almost 30 minutes. It would have been much faster to take Chaitanya to the hospital in a private car/taxi. After the ambulance arrived, there was only one stretcher available which was used to carry Chaitanya. No stretcher was available for Taruna. There are many videos on Intenet of bystanders carrying her to the ambulance using their hands instead of a stretcher.  As it was a beach, the sand made it difficult for people to carry her to the ambulance resulting in further loss of time. The stretcher used for Chaitanya was in very bad shape. The ambulance was more like an old room in shambles. It did not have the required medical equipment, not even a Defibrillator. Taruna hurt her back just because of lying down in the ambulance.

The paramedic present in the ambulance was a young girl, she could not even find a vein to give an injection to Chaitanya and Taruna. She was crying at the end of it but with no result. Taruna was wearing beach clothes that were wet. As she was very cold, she kept asking for a blanket or sheet, but there was nothing in the ambulance to comfort her.

To make the matter worse, the ambulance staff did not take them to the nearest big hospital. They only had the authority to take them to the district hospital in Mapusa, located at a distance of 13 km from the site of the incident. The family requested the ambulance staff to take them to the nearest hospital, but all their requests were ignored. It took more than an hour to get them to the hospital. It was a startling ordeal for the family: 60 minutes of life-saving time was lost.  According to the administration of AIIMS, “Eight to 10 minutes is what an ambulance should take to reach the site of trauma to ensure that patients receive proper care within the golden hour”— the first hour after trauma when the chances of survival are the highest.

Chaitanya was pronounced dead on arrival. The nightmare did not end here. The small district hospital in Mapusa was not equipped with necessary medical equipment. The hospital did not even have a cardiac specialist who could monitor Taruna’s cardiac parameters. There were no basic facilities like a phone that the next of kin could use to contact their family. They had to beg and plead to the hospital staff to make a call. As this hospital was not adept, Taruna was shifted to Goa Medical College Hospital (GMC) for cardiac monitoring. GMC is located at a distance of appx. 20 kms and it took another 30 minutes to reach there. It took us more than 90 minutes to get the needed medical help for Taruna. She had no movement in her lower limbs but there was no stretcher in the ambulance. It was borrowed from the district hospital and since there were no ward boys, people from the public were requested to transfer her stretcher to the ambulance.

GMC is considered to be the best government-run hospital in Goa, but even the ambulance used by GMC was in tatters and did not have the necessary medical equipment. There was just one nurse. There was no blanket and Taruna kept lying wet and cold for another 30 minutes.  Although she was critical, when they reached GMC, she was left lying on the stretcher as there were no attendants to take her for necessary procedures/tests. People from the public were requested to take her to the Critical Care Unit (CCU). CCU was in a pathetic state. The floor, toilets, etc. were extremely dirty. She had no movements neck down, but no nurse was willing to help her use the toilet. There was only one toilet pan available which was being interchangeably used by around 20 patients in the ward. She kept asking for a blanket, but none were available. There were just two nurses and they said that there are too many patients for them to handle. Please note that this was a CCU and not a general ward.  After a couple of days, we shifted Taruna to a private hospital. She was discharged from the hospital after her heartbeat stabilized and she still didn’t have the strength to walk.

We, as a family, do not know whether Chaitanya could have been saved if instant medical aid was given to him, but on personally experiencing the emergency services, we do know that the system of providing immediate medical assistance to victims in India is almost non-existent. A huge amount of taxpayers’ money is allocated but hardly any improvement takes place in areas that should be of prime importance. This unfortunate event tells us that there is no value of life in our country. It shows that a person can lose his life because of the long waiting time for the ambulance, because of the stupid rules that do not allow the patient to be taken to the nearest hospital for immediate treatment, because of the lack of doctors and equipment available during an emergency situation etc.  All this is despite the fact that the provision of emergency services is enshrined in India’s Constitution. Failure on the part of any hospital to provide timely medical treatment to a person results in a violation of the person’s “right to life,” as guaranteed under Article 21 of India’s Constitution.

Although we have lost our dearest Chaitanya, but I am still writing this article hoping that it brings awareness and in some way helps people in getting timely and appropriate medical support.  Please help me in sharing this message with as many people as possible to bring about a positive change in saving precious lives.

(The writer is a class XI student)