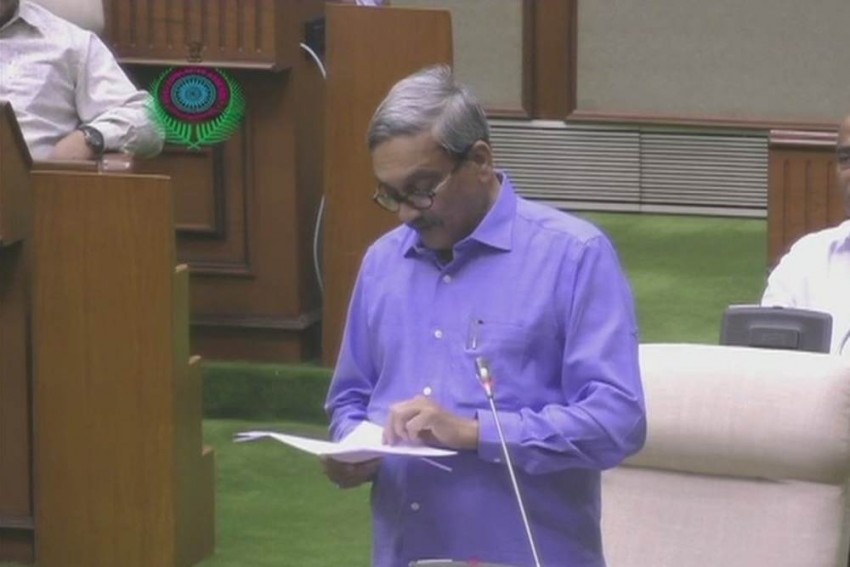 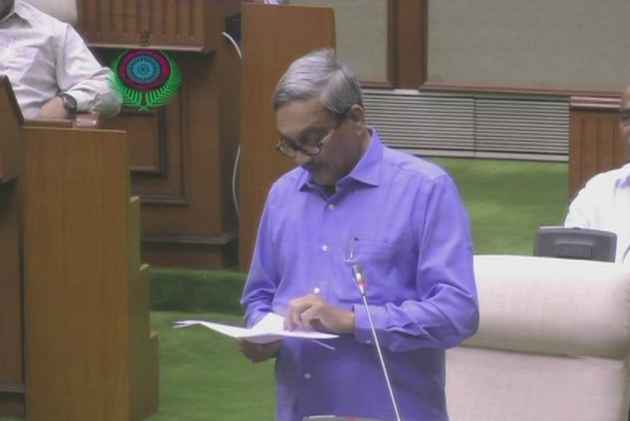 Goa Chief Minister Manohar Parrikar today presented in the state assembly a Rs 17,123-crore budget for 2018-19, an increase of 6.84 per cent over the ongoing fiscal, with a stress on education and job creation.

Parrikar, who was undergoing treatment at a Mumbai hospital for a pancreatic ailment, returned here this afternoon.

The chief minister was present in the assembly complex for half an hour, during which he chaired a meeting of his Cabinet, tabled the budget and witnessed the passage of vote-on-account for five months.

The budget session was curtailed to four days owing to Parrikar's ill-health.

In his speech in the House which lasted only five minutes, Parrikar said he could not present an elaborate budget because of his ill-health but would make a supplementary statement before the end of the current financial year.

The allocation for capital account expenditure has been increased by 10.70 per cent against the revised estimate for the last year, which stood at Rs 3,808.72 crore.

Parrikar said that overall, for FY 2018-19, the annual financial statement indicates a revenue surplus for the fifth year in succession.

The chief minister said his government has put a stress on generating employment, for which Rs 548.89 crore has been allocated under the heads of industry, labour and employment and information and technology.

For the education sector (including medical education), a total of Rs 2,445 crore has been allocated.

As per the Economic Survey 2017-18 tabled in the assembly, the gross state domestic product (GSDP) for 2017-18 is provisionally estimated to be Rs 70,257 crore, a growth of around 10 per cent over the previous fiscal.

Electricity For All, Vision For The North-East Is 'Transformation By Transportation', Says PM Modi