Apart from the combination of the side, the management has another major responsibility. They have to go into the games at hand with proper planning and thinking. 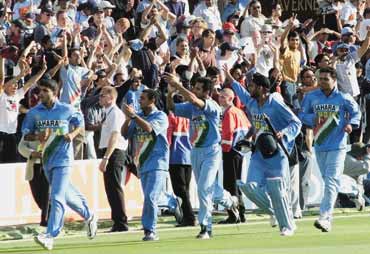 outlookindia.com
-0001-11-30T00:00:00+0553
The Indian team have fared badly in New Zealand in both the Tests and one-dayers, and as a result a lot of people are writing them off for the World Cup. I think that’s a big mistake; sure, many technical inadequacies of the batsmen were cruelly exposed by New Zealand’s seamers, but that is still no reason to confuse what happened in New Zealand with what the future holds for India at the world’s premier limited-overs tournament. Some may feel that my statements are a contradiction of what I have said earlier, but I have my reasons for now thinking in this mien.

The first thing one needs to consider is the conditions. Some people think that all wickets abroad encourage the fast bowlers, while at home every wicket is a flat batting track. The conditions the team had to play in when they took on the Kiwis made it very tough for even the best batsmen in the world to adapt. The ball was swinging and seaming around in an exaggerated manner, and in many venues there was quite a bit of cloud cover and high wind speeds to boot. But you won’t find anything like that in South Africa.

While there will be some bounce in the wickets in most grounds in South Africa, I’m sure that there will not be much seam movement. In the initial few overs, the new ball is bound to move about a bit but as time progresses the ball will come onto the bat nicely and the batsmen will be able to play their shots. It is for this reason mainly that I think that the Indian batsmen will fare much better in the forthcoming World Cup in South Africa. And we all know the story—when the batting does well, the whole Indian team is lifted. This does wonders for confidence, and India are a different side then. I’ve also heard that the authorities in South Africa are making sure that the wickets give the batsmen a good chance of scoring runs. Keeping in mind what has happened over the years, I believe that the authorities will go for more placid wickets. After all, in a big event like this, the crowds really want to see some big shots being played. If teams are dismissed for 100 or 150 repeatedly, the crowds won’t be having a good time. It’s something the South African authorities are sure to have kept in mind and this works to India’s advantage.

I know that there are a few people who will not agree with me on India’s chances in the World Cup. After the New Zealand tour, most people have begun to say that there’s every possibility that India will not even progress to the Super Six. My opinion on this matter is one of optimism. I am confident that India will not only go through to the Super Six stage but most probably to the semi-finals as well.

Once it comes to the knock-out stage, however, you cannot simply predict matches on form. Whoever plays the best on the day will win, and that’s when the pressure really becomes a major factor. To counter this, the Indians must get the balance of their side dead right for the major games.

We know that the batting line-up is going to be one of our major strengths in the tournament. With this in mind, India will have to be a bit flexible when it comes to the composition of the team. The coach and the team management must be really careful when it comes to the selection of the playing XI for specific matches. They should confidently adopt a ‘horses for courses’ approach to make the team more efficient. Even if a batsman is in good nick, if someone else would be better suited to take on a certain team, then he should be played. The best results can be obtained that way from the side.

Apart from the combination of the side, the management has another major responsibility. They have to go into the games at hand with proper planning and thinking. In this day and age you simply cannot walk into a match and hope to instinctively do well and win. It is not just a case of how much talent you have. If anyone wants proof of that, they need look no further than what happened in New Zealand. Even an attack that held no real superstars was able to effectively bring what is said to be the best batting line-up to its knees. This was because the Indians did not approach things with a proper plan.

I’m sure coach John Wright and captain Saurav Ganguly will sort out these issues before the World Cup, and their contributions will be crucial. Other crucial performers will be Zaheer Khan and Javagal Srinath. Left-armer Zaheer has been particularly impressive in recent times and will surely be the pace attack’s spearhead. Srinath may have been a touch expensive recently, but if we look at the pitches he had to operate on at home, it was not a poor performance by any yardstick. Srinath and Zaheer will share the new ball and the pair could be really effective on their day on the seaming South African pitches. It may be that fast bowling holds the key for India in their campaign to win the World Cup in 2003, but that does not mean that the support bowlers are any less important. Sanjay Bangar has shown how crucial it is to bowl a good line and length, and this could make him a serious contributor. His spirit is ideally suited to the game. He gives his best whenever he is out in the middle—either batting or bowling. This is exactly the kind of attitude the whole team needs to embrace. If they do so, then the losses in New Zealand can be shrugged off and India can pull off a successful World Cup campaign.