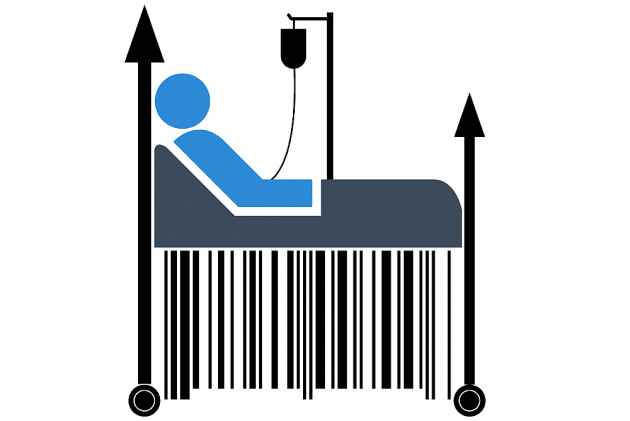 Trade margins or the amount of profit margins available to the distributors and importers of orthopaedic knee implants are as high as 450 percent in some cases, data revealed by the government yesterday shows.

In an important move, the National Pharmaceutical Pricing Authority released information about prices as well as trade margins of all components of orthopaedic knee implants including femoral implant, tibial plate, insert and patella—all individual components used in a knee implant.

The data showed that while the maximum landed cost of a total knee transplant kit is only around Rs 65,781, the cost to customers can be as high as Rs 4,13,059which is more than a 300 percent increase. This amount is then distributed between distributors and hospitals that mint huge profits out of every knee implant carried out. The highest level of trade margins have been recorded in the insert component of orthopaedic knee implant package. The maximum landed cost of an insert is shown as Rs 14,071 while the maximum retail price is around Rs 1,03,700, displaying a margin of 450 percent.

The data also makes it evident that the highest amount of trade margins rest in the hands of hospitals at 313 percent for the total kit. The margins for distributors are close to 135 percent.

The much awaited move comes almost six months after the NPPA fixed the ceiling price of cardiac stents and can be perceived as a positive move in the direction of providing affordable health care.

Also Read: Doctors And Their Devices

Outlook previously detailed the unscrupulous ways in which medical device manufacturing companies and hospitals fleece patients into getting expensive surgeries and transplants to make money in the cover story ‘Doctors and their devices’.