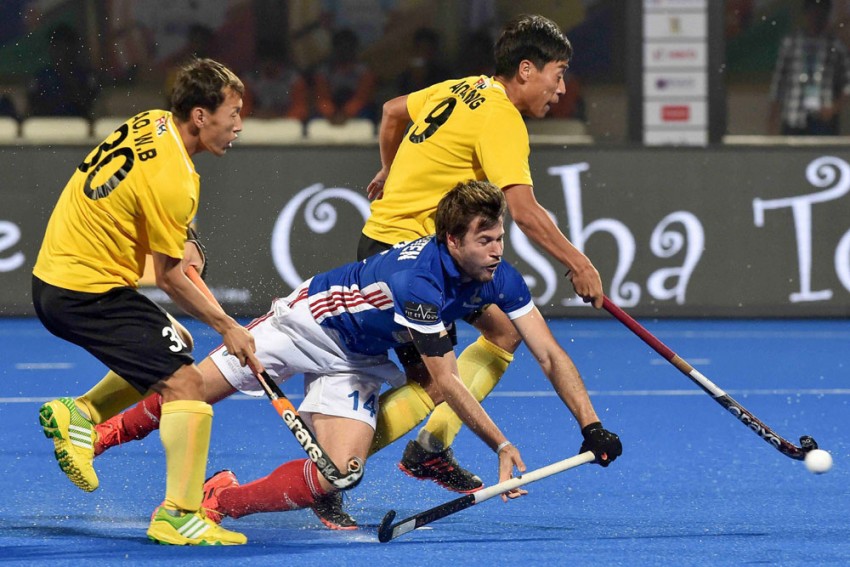 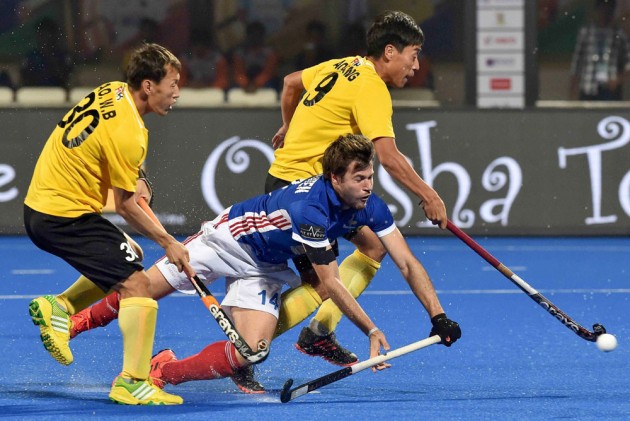 A lacklustre France beat debutants China by a solitary goal to join England in the quarter-finals of 2018 FIH Men's Hockey World Cup at the Kalinga Stadium, Bhubaneswar, Odisha on Monday.

In the second crossover match of the tournament, France rode on Timothee Clement's 36th-minute field goal to book the last-eight stage.

They will no face two-time defending champions and world number one Australia in the second quarterfinal on Wednesday.

Earlier in the day, England defeated New Zealand 2-0 to earn the right to play Olympic champions Argentina in the quarters.

The Frenchmen started on a bright note against world number 17 China and took the early initiative by earning four back-to-back penalty corners as early as in the second minute but wasted all the opportunities.

China made a subdued start to the game and allowed France to dominate the possession, relying mostly on their counter-attacking ability to stun their opponents.

In the 19th minute, a selfish play from Charles Masson denied France a great opportunity. After cutting inside the box from the right flank, Masson, instead of passing the ball to his teammate, went for glory and hit straight at the body of Chinese goalie Caiyu Wang from a tight angle.

China came close to scoring in the 21st minute but E Wenhui missed from close range after Ao Suozhu controlled a long ball over the French defence and made his way into the circle showcasing 3D skills.

Two minutes from half-time, France were unlucky as Etienne Tynevez's deflection from a Jean-Baptiste Forgues pass hit the crossbar.

In the never next move, the Chinese goalkeeper once again came to his side's rescue by keeping out Blaise Rogeau's reverse hit from the top of the box as the Frenchmen failed to break the 'Great Wall of China' in the opening two quarters.

China came out with more purpose after half-time and came tantalisingly close to breaking the deadlock in the 33rd minute but a sliding E Wenhui's deflection from Zixiang Guo pass was parried away by an alert France goalie Arthur Thieffry.

France finally broke the resolute Chinese defence in the 36th minute through Clement.

The move was started by Viktor Lockwood, who got to the baseline with a blazing run down the left flank and cut back to Maximilien Branicki in the centre. Branicki unleashed a fierce reverse stick at the far post which was deflected by Clement into the net.

A minute later, China secured their first penalty corner of the match but failed to capitalise on it.

The third quarter witnessed three penalty corners – one to France and two to China.

In a desperate need for a goal to take the match into a shoot-out, China pressed hard and earned two penalty corners in succession minutes away from full time but the French goalkeeper Thieffry was up to to the task on both occasions to keep a clean slate and ensure a last eight berth for his side.