High BP Is Killing Tribals In J&K. Is Kashmiri Salt Tea To Blame?

Even as the tribal population have a lifestyle that would keep them hale and hearty, 'over' consumption of the Kashmiri salt tea may have to be blamed for the rise in hypertension among them. 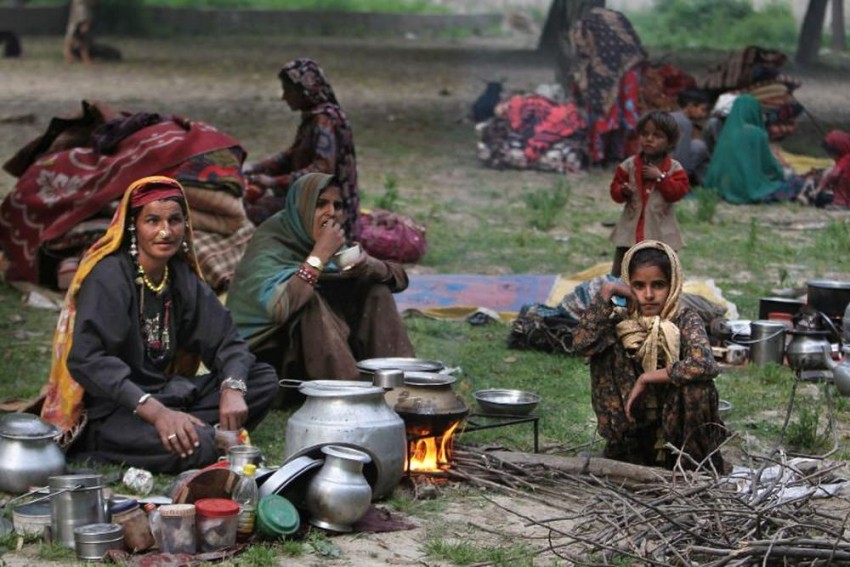 Tribals in Jammu and Kashmir are dying due to hypertension and research is pointing towards over consumption of the revered Kashmiri salt tea as a possible reason.
Credit: Javed Ahmad
Naseer Ganai December 14, 2018 00:00 IST High BP Is Killing Tribals In J&K. Is Kashmiri Salt Tea To Blame? 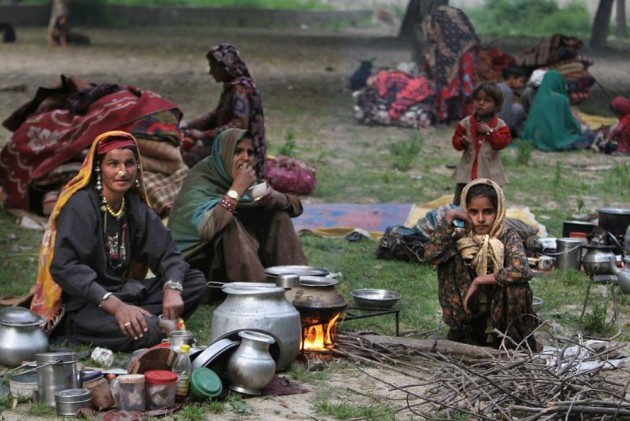 The nomadic tribal Gujjar and Bakerwals of Jammu and Kashmir do not know of obesity. Diabetes among them is very low and equal to European standards. However, most of them are hypertensive and are dying due to it.

Bakerwals is another name of Gujjars. Shepherd Gujjars are called Bakerwals but they are originally, ethnically, historically Gujjars.

The researchers say 44.3 per cent among the selected sample in five districts of the Valley were found hypertensive and seven per cent of them were in need of immediate hospitalisation.

“We found that the tribal population has a misconception about hypertension.  Whenever they feel they have a headache, they take medicine for a day or two and then leave it. And in most of the cases they prefer to get over the counter medicine for hypertension and take it off and on,” says the lead researcher of the Tribal Project, Dr Mohd Ashraf Ganie. Dr Ashraf is a Professor in the Department of Endocrinology at the SKIMS.

The researchers say the lifestyle of the tribals is such that they don’t have obesity or diabetes. The nomadic Gujjars and Bakerwals have been leading a tough life in the high-altitude meadows of the Himalayas and the Pir-Panjal for centuries.

The prevalence of diabetes among the tribal population is about 2.7 per cent, which is like that European countries while as in the general public here it is around 20 to 30 per cent.

“Since the tribals take several cups of Kashmiri salt tea, we presume that they are hypertensive because of it. We are also studying whether is any relation between living in high altitude and hypertension. But at present, we think high intake of Kashmiri salt tea is a major reason behind hypertension among the tribals,” says Dr Ashraf. Like Kashmiris, the tribal nomads every day take salty milk tea called noon chai but they take it in large quantity.

“The lipid profile of the tribals is very good. That is why they having high blood pressure among them is something surprising,” he says.

In order to study the phenomenon further, the tribal research project has made a list of select villages among the tribal population that would be regularly visited by the researchers, while their neighbouring tribal villages would be left untouched. The researchers say that they want to treat “one village one population” extensively to know more about the lifestyle diseases among the tribals. The identified population would be examined, provided free medication and all other medical facilities.

As some of the nomadic tribals have started settling in the cities and in the urban centres, the researchers are going for the cohort study to understand more about the transition of the life style diseases.

The main objective of the project is to study the prevalence of non-communicable diseases among the tribal population.

The study has found out that most of the tribal population has very low income. i.e earnings of less than Rs 25,000 a year.

60 per cent of them live in mud houses while as 20 percent of them have make shift tin houses. Not having houses is attributed to the tribals being landless in the state.

This is also corroborated by the Tribal Cultural and Research Foundation (TRCF), an organisation which works for the welfare of Gujjars. The TRCF, over the years  Gujjar have been demanding a compact 'tribal policy' for Jammu and Kashmir state to rehabilitate the “nomadic and migratory tribes who are landless and houseless since centuries.”

Dr. Javaid Rahi, Secretary TRCF says, such policy, if formulated, can pave a way for grant of rights on forest and other ancestral lands, on a model that is followed for other tribes residing in different states of India.

For long Gujjars of Jammu and Kashmir have been demanding the extension of Forest Rights Act-2006, enacted by the Parliament, to the State so that they can also exercise rights over forest lands that are constitutionally available to other Scheduled Tribes (STs) across the country. They also call for recognition of its primitive culture through extension of the National Conservation Act, 1980.

The laws, if extended to J&K, will give nomads "title rights'" ownership to the land which is being cultivated by tribals or forest dwellers subject to a maximum of four hectares with "use rights" to minor forest produce (also including ownership), to grazing areas, to pastoralist routes.

Also, even as the state government declared J&K as open defecation free (ODF) in September with  Governor Satya Pal Malik congratulating the state administration for efforts in making the state "100 per cent ODF", the Tribal Project has found that 50 per cent of the tribal population go relieve themselves in the open and the tribals constitute 11 per cent of J&K population.

"They take water directly from rivers for drinking. It is untreated water and most of them carry water-borne diseases,” says Dr Ashraf.