Arresting one or two of the alleged "masterminds," as Pakistan has now done in the face of US pressure, simply will not do: rather, the entire organization must be targeted and put out of business permanently. 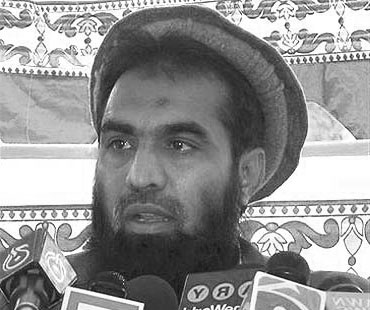 Whenever New Delhi points a finger at Pakistan in the aftermath of a terrorist attack in India, a weary world seems to say, "Here we go again!" The old enmity between the two countries can tire spectators who often quickly dismiss Indian accusations of Pakistani malfeasance are little other than political recriminations. Yet, the latest terrorist assault in Bombay -- involving 10 coordinated strikes that killed close to 200 and the capture of a Pakistani terrorist, Mohammad Ajmal Amir (aka Qasab), from Faridkot -- leaves no doubt about the authenticity of the Indian charge. Whether or not the carnage in Bombay is India’s 9/11, the information now available abundantly confirms that it was not the act of domestic malcontents -- another "Oklahoma City."

The West would do well to take notice that this bloodbath was not the work of homegrown militants aggrieved by India’s failure to integrate its Muslim minority but of the most dangerous Pakistani terrorist group, Lashkar-e-Taiba (LeT), whose wider goals threaten not only secular India but also the West and even Pakistan itself.

The early conclusion that the attack in Bombay was the work of disaffected domestic protesters was arguably consoling because, if true, the threat to the international community would indeed be minimal. Moreover, the contention that New Delhi’s terrorism problem is largely domestic marginalizes the extent of foreign -- primarily Pakistani -- involvement in India’s "million mutinies" and accentuates the centrality of the unsettled dispute over Kashmir.

These inferences are false. As is now clear, the atrocity in Bombay was not masterminded by internal subversives -- even if there were individual Indian participants. The meticulous planning, the enormous resources committed to a complex mission across great distances and long periods of time, and the burdens of a difficult sea-land operation, rule out virtually every indigenous terrorist group in India, Muslim or otherwise. The attacks involved months of training in Pakistan and extensive reconnaissance of targets in Bombay; after these were complete, the terrorists appear to have left Karachi by as yet unknown means, hijacked a fishing trawler on the high seas and, upon reaching India’s territorial waters, transferred to inflatable speedboats which landed at two different locations on the city shores from whence the assaults began. No domestic terrorist group has previously demonstrated the capacity to undertake anything as complicated and it would indeed be shocking if any did acquire such capacity unbeknownst to Indian or Western intelligence.

All evidence points to LeT as the perpetrators of the killings in Bombay conducted under the nom de guerre "Deccan Mujahideen" and reflecting its classic modus operandi: suicidal attacks, but not suicide, involving small squads of highly-armed individuals, intent on inflicting the largest numbers of casualties at symbolic sites. Such violence is emphatically not directed at remedying the grievances of India’s Muslims or resolving the dispute over Kashmir. Although LeT has long operated in the disputed state of Kashmir, it’s not a Kashmiri organization. Rather, it consists primarily of Pakistani Punjabis financed, trained, armed and abetted by the Pakistani intelligence service, the Inter-Services Intelligence (ISI) -- a product of the latter’s war against the Indian state dating back to the late 1980s.

LeT’s objectives from the beginning have had less to do with Kashmir and more to do with India and beyond. To begin with, India’s achievement in becoming a peaceful, prosperous, multi-ethnic and secular democracy remains an affront to LeT’s vision of a universal Islamist Caliphate begotten through tableegh, or preaching, and jihad. Further, India’s collaboration with the United States and the West in general against terrorism has marked it as a part of what LeT calls the detestable "American-Zionist-Hindu" axis that must be confronted by force. Finally, New Delhi’s emergence as a rising global power represents an impediment to LeT’s objective of, in the words of its leader, Hafiz Saeed, recovering "lost Muslim lands" that once spanned much of Asia and Europe.

Given this ideology, the LeT attack is an attempt to cripple India’s economic growth, destroy national confidence in its political system, attack its open society and provoke destabilizing communal rivalries, all while sending a message that India will remain an adversary because its successes make it a hindrance to LeT’s larger cause. In this context, the struggle over Kashmir is merely instrumental. To quote Saeed, Kashmir is merely a "gateway to capture India" en route to LeT’s other targets.

Such statements are not simply grandstanding. Outside of Al Qaeda, LeT today represents the most important South Asian terrorist group of "global reach." With recruitment, fundraising and operations extend to Afghanistan, Iraq, Central Asia, Europe, Africa and Australia, LeT has rapidly become a formidable threat.

Washington’s concern with Al Qaeda, however justified, should not obscure the reality of other terrorist groups in South Asia that seek to promote obscurantist versions of Islam by attacking democratic societies. The US also ought not to be diverted by spurious analyses that link the carnage in Bombay to the complaints of India’s Muslims -- however genuine those may be. Whatever their grievances, the Indian Muslim resentment against the Bombay attacks was most clearly exemplified by the refusal of every Muslim cemetery to accept the bodies of the slain terrorists for burial.

The incoming Obama administration should also not be distracted by calls to interject itself in resolving the Kashmir problem, because as Saeed had publicly declared in an interview in 2001, "Our struggle will continue even if Kashmir is liberated. We still have to take revenge for East Pakistan." Obviously, this vendetta seems never ending. Saeed had given notice in 1999 that "jihad is not about Kashmir only. About fifteen years ago, people might have found it ridiculous if someone told them about the disintegration of the USSR. Today, I announce the break-up of India, Insha-Allah. We will not rest until the whole (of) India is dissolved into Pakistan."

The barbarity in Bombay thus represents the ugly face of Islamist terrorism that threatens India, the US and its allies, and the larger international system, but fundamentally also Pakistan. Saeed has unequivocally declared that the Lashkar intends to "plant the flag of Islam in Washington, Tel Aviv and New Delhi." However absurd it might sound, his words could launch thousands of zealots to commit horrible crimes worldwide. Consequently, the US cannot avoid the burden of confronting Islamabad to rid itself of this group and other menacing outfits that utilize its territory for loathsome ends. Arresting one or two of the alleged "masterminds," as Pakistan has now done in the face of US pressure, simply will not do: rather, the entire organization must be targeted and put out of business permanently.

A good way to begin this process would be for the outgoing Bush administration to publicly declare what it already knows to be the case: that LeT planned and executed the deadly attacks in Bombay. In any event, it’s in Pakistan’s own interest-- to confront LeT’s destructive ideology and subterranean links with the ISI. Such an affray ought not to be precipitated because the US or India demand it, but because it is essential to the success of the civilian government’s own objective of transforming Pakistan.

No matter what Pakistan does, the US has to be clear-sighted about the global nature of the LeT threat and together with India and other allies take resolute measures to defeat this newest challenge.

Ashley J. Tellis is a senior associate at the Carnegie Endowment for International Peace. Rights: © 2008 Yale Center for the Study of Globalization. Yaleglobal Online