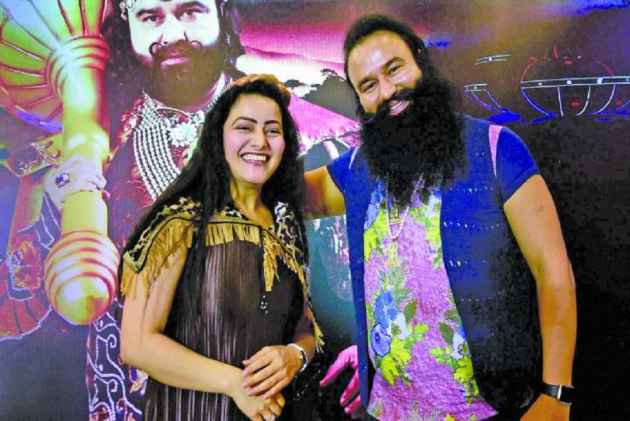 After being on the run for over a month, Honeypreet Insan, adopted daughter of the jailed Dera Sacha Sauda chief, was today arrested by the Haryana Police from Zirakpur-Patiala road in Punjab in connection with the violence that followed the sect head's conviction.

"We have arrested her," the DGP said.

Honeypreet tops the list of 43 people 'wanted' by the Haryana Police in connection with the incidents of violence that left 41 people dead and several injured following Gurmeet Ram Rahim's conviction in rape case.

Talking to mediapersons at Panchkula, Police Commissioner A S Chawla said, "She has been taken into custody by SIT in- charge (Mukesh Kumar) from Zirakpur-Patiala road in Punjab. She is being brought to Panchkula for questioning in connection with the incidents of violence".

"Her role in the violence (after Ram Rahim's conviction on August 25) will be probed...Who provided her shelter or support during her run from police will also be produced. She will be produced before a court (in Panchkula) tomorrow and we will seek her police remand," Chawla said.

Chawla also said that another woman who was accompanying her was also taken into custody.

He said Punjab Police has been informed about the arrest.

Honeypreet had accompanied Ram Rahim from the sect headquarters at Sirsa to a special CBI court in Panchkula on August 25. After the Dera chief's conviction on that day, she also accompanied him in a chopper when he was flown to Rohtak to be lodged in a jail.

There had been no trace of Honeypreet after the evening of August 25.

A lookout notice and later an arrest warrant was issued by the Haryana Police against Honeypreet.