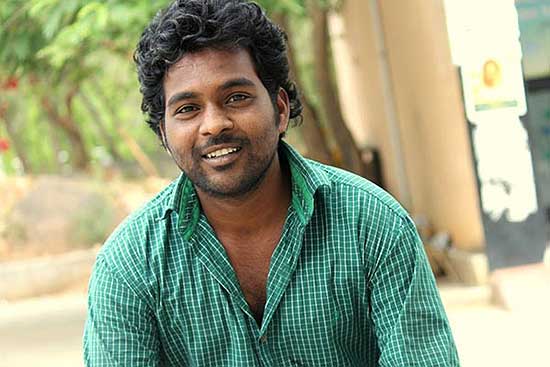 Rohith Vemula reminds me of someone I had met in a ‘Harijan Hostel’ in Palamau ( Palamu) way back in 1986. He had similar big and dreamy eyes and was of course a Dalit. I no longer remember the name of the postgraduate student. Jagjivan Ram, former union minister, had died days ago. And The Telegraph (I was working for the paper at the time) decided to run a series on the ‘State of Harijans’. I was assigned to visit Palamau, which had one of the highest Dalit populations in undivided Bihar.

The ‘Harijan Hostel’ as its name indicated, provided accommodation to only Dalit students. While the blatant segregation disturbed me, most people I spoke to seemed to accept it as something ‘normal’. I discussed the state of Dalits in one of the rooms -- the Rohith-lookalike was quietly sitting at a distance, close to the door. He did not utter a word but his eyes were piercing and his hardened jaw made me feel the hostility he exuded.

It was disturbing. So after some time I addressed the young man and asked if he had anything to say. The question seemed to open the floodgates. ‘What’s the point of talking to you? What good will your writing do? It will not change anything…what do you journalists know of our lives; you are as impotent as we are,” …the torrent shook everyone in the room and caught us by surprise. And finally when I tried putting a hand on his shoulder in an effort to calm him down, he angrily shoved me away but then started crying loudly.

It was embarrassing to say the least. Here I was, surrounded by a group of Dalits, and this twenty-something young man was crying as if he had lost someone close to him. Nobody spoke. I fleetingly thought of escaping. But his sobs gradually subsided and he wiped the tears away and asked, “So, you want to know the truth? Hear it then.”

In his village, he informed, there was a primary school on paper. And two teachers seemed to have been posted in the village. But they lived in the ‘Haveli’ of a Rajput landlord and taught only upper caste children in the courtyard. Harijans like him walked a long distance to attend school and some of them had managed to reach college and complete graduation. A few of them had opted to study further and lived in Daltonganj, 40 km away.

This group decided to launch a school in the village for children not taught by the teachers posted by the Government. There was great enthusiasm and the young men offered to engage classes whenever they returned to the village. They also engaged a ‘Harijan’ teacher and pooled in money from the stipends they received to at least partially compensate him.

But the school, he grimly added, never took off. It seems that when the ‘Thakurs’ learnt of the initiative, they reached the Harijan tola and let loose a volley of bullets in the air, accompanied by a torrent of abuses. Warning Harijans against trying to rise above their station, they ordered the informal school to shut down. While leaving, their parting shot was to declare that Harijans should never forget that a man’s testicles are always found below the penis.

How can they get away with this, I naively exclaimed, triggering grim smiles all around. My interlocutor looked at me, thought for a moment and then added that this was nothing compared to the humiliation and indignities they suffered every day. If the Thakurs fancied a Harijan girl or woman, they would think nothing before twirling their moustache and telling the father or the husband to make sure the woman has a bath before being sent to the ‘Haveli’.

Palamau was one of the most backward areas even then and had witnessed a famine in 1967. The place was known for slavery and bonded labour. It still had feudal lords, some of whom insisted on sleeping with brides after every wedding in the village. But still the story shocked me. I offered to travel to their village and speak to people. The boys laughed. “So, you will talk to the women, take photographs and leave to write about us, huh?” they mocked, “ but we have nowhere to go.”

And it was not just Palamau, I discovered, where life for Harijans was so tough. When I think of those young men, as I am doing the past few days after Rohith Vemula’s suicide, I cannot help but admire their grit. Battling with poverty, darkness, malnutrition and injustice, it could not have been easy for them to graduate. Many people have been moved by Rohith Vemula’s unusually dignified and rancor-free suicide note. Many have admired his dreamy affinity for science and nature. Some have cried and regretted the totally senseless loss of a young life while a few have wished they had been acquainted with the young man.

To me, however, the most touching part of his short life has been his Facebook posts that has great affection for his mother, a humble tailor, and father, who was a security guard at a hospital. Unlike many young men, Rohith Vemula was not ashamed to acknowledge his modest background. He would have made a good teacher and possibly a good science writer as he wished.

The Indian Express this morning carried a front anchor from Tamil Nadu that reports on policemen cremating the grandparents of a Dalit man because the upper caste men of the village would not allow the body to be taken through the village to the burial ground. “It would be a bad omen”, argued the upper caste men. The police intervened to avoid a caste clash and deployed constables to carry the body through a forest to the burial ground. “My grandparents were given a state funeral,” the man is quoted as quipping.

No action will be taken against the policemen or the villagers, one can rest assured. Although what they did was unlawful and unconstitutional. Reading the report, I was reminded of a lecture by Prof Upendra Baxi, who was then the Dean of the Law Faculty in Delhi University. He had pointed out a report in The Hindu, which spoke of how upper caste villagers had burnt down a post office because the Government had posted a Harijan postmaster. The state behaved as if nothing had happened. No action was taken against the vandals. The postmaster was deployed to a post office that presumably catered to lower castes and the media dismissed the event in a single column on an inside page.

All this just goes to prove the point that while we may have sent Mangalyaan to Mars, we have not progressed much in dealing with fellow human beings and in propagating common law.