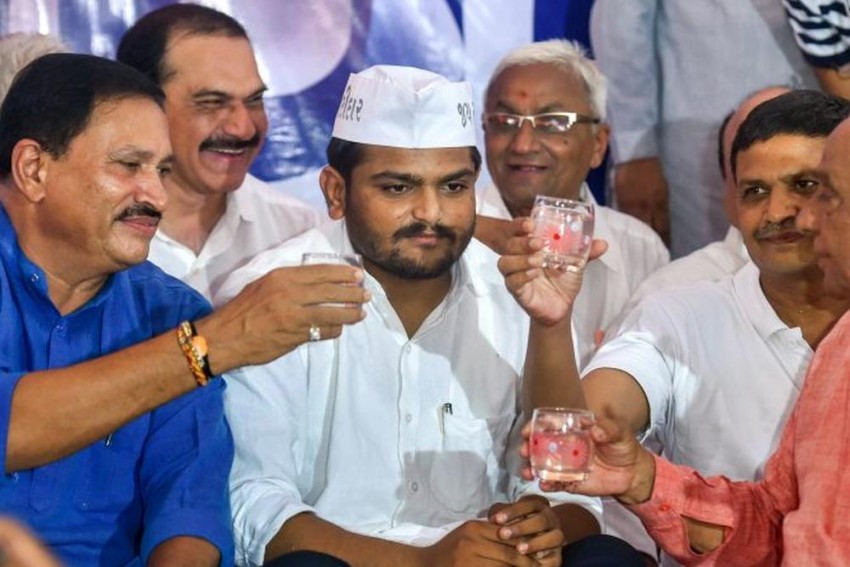 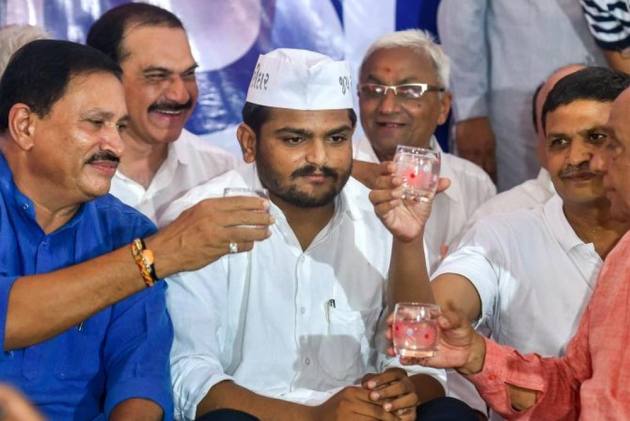 After ending his indefinite hunger strike on Wednesday, Patidar leader Hardik Patel seemed to have yielded precious little in tangible terms. It sure must have given Gujarat’s BJP government the much-needed reprieve. But, there is little to celebrate for the ruling party.

The young leader had shaken both the BJP and the Congress alike when he had announced the launch of his movement for reservations to his community at a massive public rally on August 25, 2015.

The rustic young man came from nowhere and left the BJP in Narendra Modi’s home state of Gujarat on the verge of a defeat in the December State Assembly elections. This was the price for ignoring the Patel lad.

Three years later, exactly on August 25, 2018, when he is 25 and eligible to contest the elections, Hardik Patel launched his indefinite hunger strike from his home to press for quotas to his community, debt waiver for farmers and release of his close associate Alpesh Kathiria, who has been languishing in jail on charges of sedition.

The ruling BJP employed every method to prevent him from fasting at a public venue, forcing him to organise it from his residence. The government continued to ignore him even after he was hospitalised. Finally, six powerful Patidar religious organizations of various denominations of the community, who had otherwise remained away from his reservation agitation, came together to persuade him to break his fast with a promise to take up his cause.

Leaders of Khodaldham and Umiyadham, two key organizations representing the Leuva and Kadva sub-castes, who were traditionally at loggerheads, were present to offer lemon juice and coconut juice to Hardik to break his fast. These two organizations had earlier done almost nothing to support Hardik’s cause. Hardik ensured he threw down the gauntlet to them to take up his fight along with him. Thus, the 25-year-old leader did something that was unthinkable in Gujarat’s politics and society.

As he broke his fast amid cheering band of supporters, Hardik announced: “We are all united and now that my community elders are with me, I have nothing to worry or be scared of.” “The belief is that if we live, we shall fight and if we fight, we shall live,” he declared to loud applause from the crowd, adding, “Today, we have been able to bridge the deep gulf between all the key community institutions.”

“If one speaks, one is dubbed an anti-national but if one doesn’t, one is dumb. I think it is better to be called an anti-national and fight for rights rather than remain mute,” said Hardik, adding, “I am a horse. I am not going to tire. I have been recharged by 19-day fasting and now is time to run for coming 19 years.”

Naresh Patel, leader of Khodaldham, responded, “If Hardik is there, we would have everything but if Hardik is not there, there would be nothing.” This was a “golden” day, said CK Patel of Umiyadham.

Spelling his next move, Hardik later asserted before reporters, “I will travel across 12,000 villages of Gujarat over the coming month on the issue of farmers and the day we land in Gandhinagar, we would have ousted this government.”

“The fight against BJP would be on the lines of JP and Lohia. I am calling on all the four crore farmers of the state to begin mass revolution as the fight is no more about debt waiver or reservations but to save democracy. The Gujarat of Gandhi and Sardar is fast becoming a state that is killing democratic ideals under Modi and Amit Shah’s BJP,” said Hardik