'Ms Ranaut has been claiming in several interviews that Hansal Mehta, the director of Simran, approached her with just a one line screenplay of the film. She says that they story was dark & gritty thriller at that stage and that she herself developed it into a light, fun film' 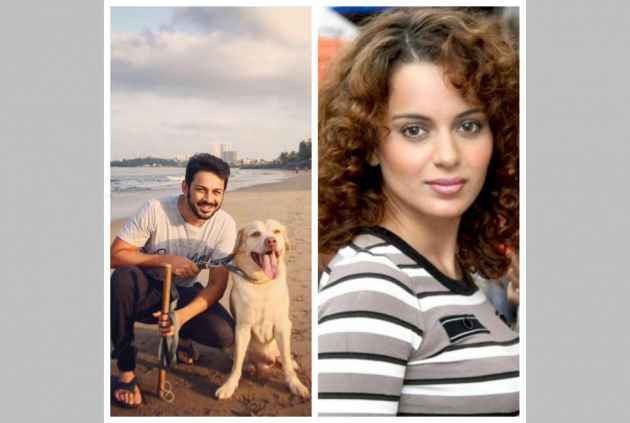 After coming out on Twitter with his grievance, film-writer Apurva Asrani has now taken to Facebook to "call out this lie" by actor Kangana Ranaut who got 'additional story and dialogue writer' credits in Hansal Mehta's upcoming film Simran.

Asrani does feature as the "story, screenplay and dialogue writer" in the poster but his credit appears after Kangana.

"Ms Ranaut has been claiming in several interviews that Hansal Mehta, the director of Simran, approached her with just a one line screenplay of the film. She says that they story was dark & gritty thriller at that stage and that she herself developed it into a light, fun film. This completely discredits me and my efforts, and I have to call out this lie at the cost of so many of her fans turning against me," Asrani said in a Facebook post.

He said that while he supported Kangana's fight being an industry-outsider himself adding that the controversy surrounding credits did not "irk me so much".

He says that Mehta sent him a news article about a US woman that he drew inspiration from and he "thought it would make a great film." Asrani, who was kicked to be working with his favourite actress, adds that both Mehta and Ranaut made suggestions to the script, "I incorporated some, rejected some. They were always happy with the outcome," he adds.

He goes on to say that while there were problems during the shoot, as the editor and writer of the film, he was happy with how it had been shot. After the first-cut of the film was done, Mehta had called to meet him. "He informed me nervously that Kangana is turning director and therefore has demanded a co writer credit," he says.

However, the writer says that he did not give in while "Mehta and his co producer Shailesh tried to arm twist me into giving her a co writer credit." He later relented and agreed to have her on as an additional writing credit, only because they had suggested that the film would get stuck if he didn't.

Later, he says that in interviews, Ranaut claimed to have written the film from a line that Mehta gave her. "I have tried to be dignified about this for so long, but I am at a loss to understand why Kangana would snatch the hard earned work of a writer," he adds.

Ending the post, Asrani says that he hoped "Hansal shows some spine and either refutes or endorses my story."

Earlier, on Twitter, Asrani said he does not mind Kangana being named as the 'additional dialogue writer', he is not happy that she is also sharing the credits as co-writer.

The film is directed by Hansal Mehta who has previously worked with Apurva in critically acclaimed films like Shahid, City Lights and Aligarh.

Director Goldie Behl tweeted to Apurva, writing, "Nice feel @Apurvasrani have heard of additional dialogues but can't understand 'additional story' a story is a story how can you have additional."

To which, Apurva replied, "Thanks @GOLDIEBEHL. I think @mehtahansal is the best person to answer that question."

He then, in a series of tweets, disclosed that, "All I could do was fight for my credit to remain in the film; and I did that! If that had been tampered with I would go to the association (Film Writers' Association)."

In another tweet, he said, "And yes, I am guilty of signing a contract that only protects the producer, because in this case I believed the producer to be my friend."