According to the sources, the aircraft was on a routine training mission and crashed around 10.30 am. 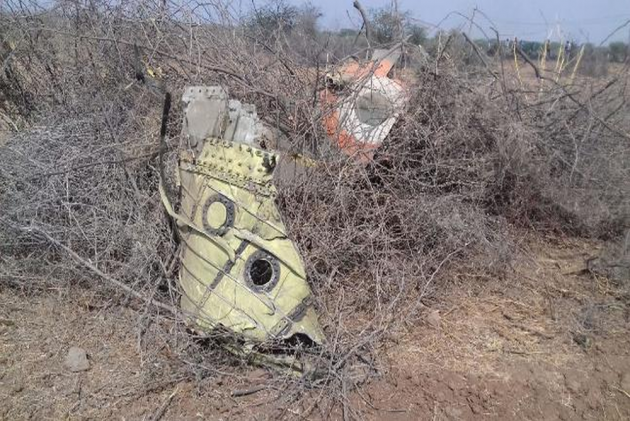 An Indian Air Force pilot was killed when the Jaguar fighter jet he was flying on a routine training mission crashed in Gujarat’s Kutch on Tuesday, officials said.

Officials identified the pilot as Air Commodore Sanjay Chauhan, who had taken off from the Jamnagar airbase in the western state. The incident occurred at about 10.30 am. A court of inquiry has been ordered to investigate the cause of the accident.

“The plane, which was on a routine sortie, crashed near Bareja village,” said an official in Gujarat. The Jaguar is a twin-engine, ground attack aircraft capable of penetrating deep behind enemy lines on bombing runs.

The plane’s debris was strewn over a large area on the outskirts of the village, locals said.

This is the second crash of an IAF aircraft in the past two months. An Mi-17 chopper crashed in Uttarakhand’s Kedarnath in April, injuring six. An IAF chopper also crash landed in Jammu and Kashmir’s Natha Top on May 23. However, all passengers and the crew escaped unhurt.

The IAF has been seeking urgent upgrade of its ageing Jaguar fleet and is said to be finalising a$1.5 billion deal for the project.

Out of 145 Jaguars that the Hindustan Aeronautics Ltd (HAL) had built for the IAF, only 119 are currently flying, comprising six IAF squadrons of about 20 fighters each.