Big stars in tennis are having very bad games. Novak Djokovic was out on the first day, now Serena and Venus. 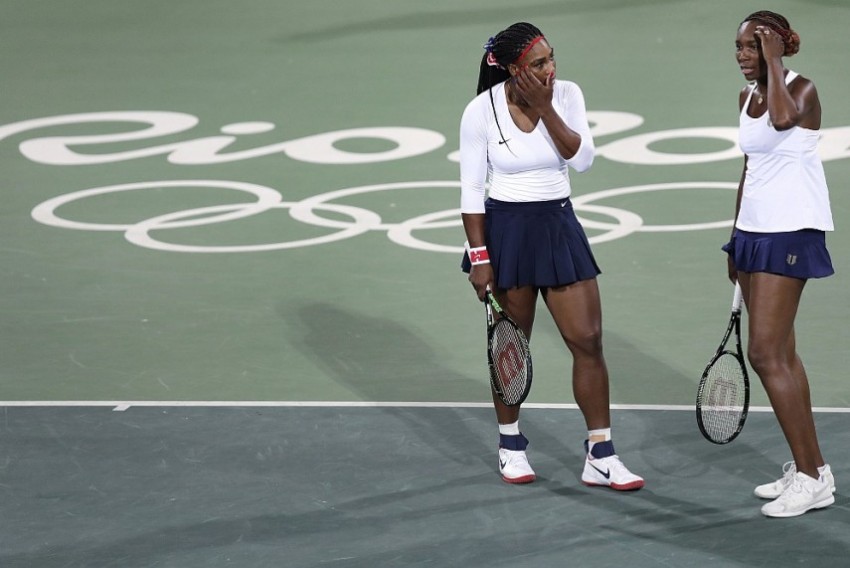 Venus Williams talks with her sister Serena after losing a point in a doubles match against Lucie Safarova and Barbora Strycova, of the Czech Republic, at the 2016 Summer Olympics in Rio de Janeiro, Brazil.
File-AP Photo/Charles Krupa
Shobhan Saxena August 10, 2016 00:00 IST Guest Appearances At A Quaint Bar And Tennis Court 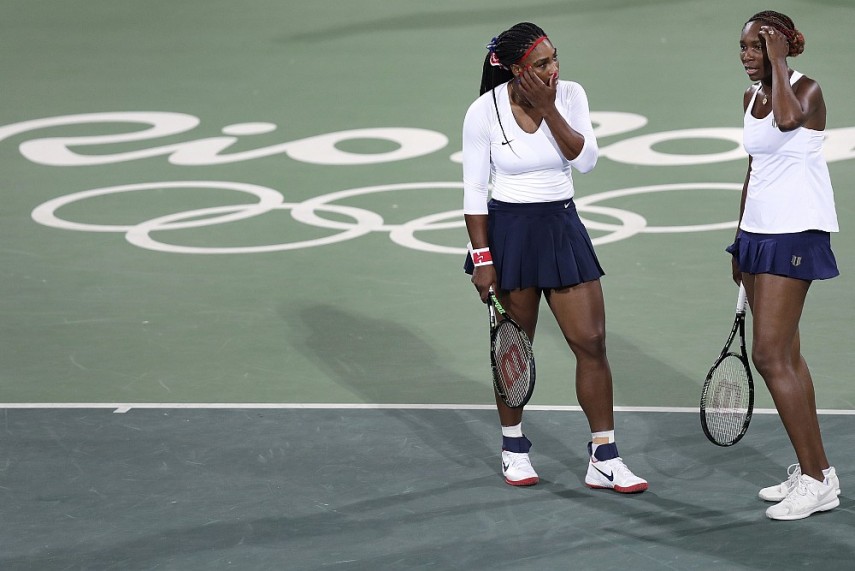 Bar do Gomes is an iconic bar at an important crossroads in Santa Teresa, the old French quarters nestled in the hills of Rio. Once a bohemian area, it has become quite a trendy and happening place in recent years. The old bar, which serves hot Brazilian snacks and all kinds of alcoholic drinks, is a kind of neighbourhood joint where everybody knows everyone and you can see entire families, including toddlers, occupying big tables.

A day before the opening of Rio 2016 games, a group of regulars saw some new faces in one corner of the bar. As the visitors were speaking English, they decide to chat up with them (Brazilians like to talk to foreigners). To their great surprise, they found that the group of Americans enjoying their drinks were all Olympic athletes, including Venus Williams, one of the biggest tennis stars of this generation of players. After a customary round of selfies and drinks, the Americans left. But the Bar do Gomes community – it really is – hoped to see her again, maybe after she won a medal at the games.

But that may not happen at all.

On Sunday, the second day of the games, Venus, was knocked out of the games. If it that was not bad enough for the Americans, they got a shocker on Tuesday as Serena Williams was eliminated too. Big stars, especially in tennis, are really having very bad games. Novak Djokovic was out on the first day. And now like Serena and Venus, he is out of the doubles category too.

Leander Paes, too, who has made news only for wrong reasons at this Olympics, can be added to this list. While most people would agree that Paes’ best days are well behind him, the Indian fans present in Rio expected the tennis player to do well in his record-seeking seventh appearance at the biggest international games. But in the end, it was just a guest appearance as Paes was knocked out in his first game on the first day of Rio 2016.

It’s yet to see if new names and champions will emerge at these games, but the well-known ones are biting the dust for sure. Rio will remember the William sisters and Paes for their fleeting appearances in this city.