A week-long exhibition of 24 painters and sculptors at AIFACS is a get-together of hands and minds that are proud of their country’s visual heritage, yet only happy to borrow from Europe if it suits 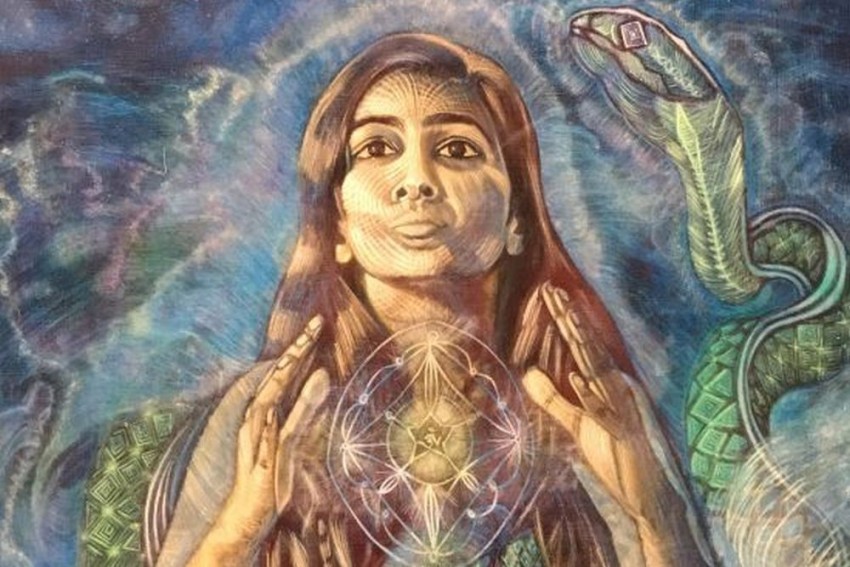 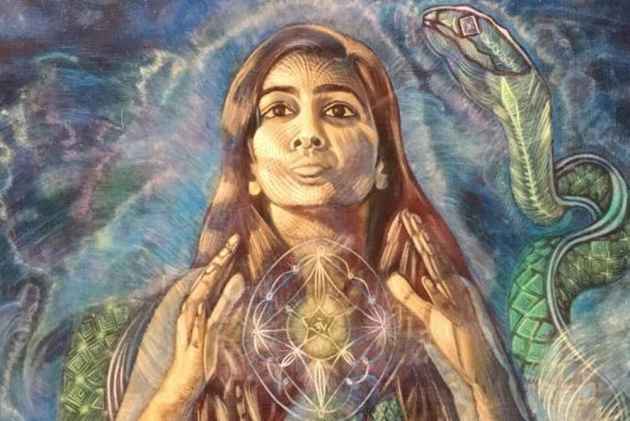 For more than a decade now, Ravindra Kumar has been infusing societal thoughts into his paintings in a bid to trigger in the viewers’ mind an interrogative spirit about various norms and injustices around. “I do not follow a particular style. For me, art is a travel to the deepest corners of my mind and producing it through colours,” says the artist from Jharkhand. “I want to talk on social issues and use art as a medium to do so.”

The Ranchi-based painter’s Hanan is among a set of artworks now on in the capital that is hosting a group exhibition. At the All India Fine Arts and Crafts Society downtown, the Meraki Art House that supports emerging artists has pooled in paintings and sculptures from two dozen participants, giving visitors a chance to take in a feel of contemporary Indian art that, incidentally at the gallery, owes a dash of inspiration from the West as well.

Chandni Gulati, who is curator of ‘Ayat and Inayat’ ending on June 14, notes that preparatory work for exhibition led her to stumble upon paintings and sculptures, a variety of which bore vehement abstraction. “It is great that quite a few of them have that quality underneath the visually alluring colours,” she says, standing at the rectangular gallery that features canvases of various sizes at the week-long event.

Ravindra’s Hanan, for instance, can be called a work that takes a leaf from Fauvism characterised by strong brushstrokes and vibrant hues typical of the movement that developed in France for a while in the early 20th century. In view are a man on one half of the canvas and a woman on the other. The male is drawn as a maleficent with the female seemingly trapped, elusively drawn in the form of a goddess. The inference: if a demon arises in a man to cause harm, why is a goddess not rising out of a woman to stop it? 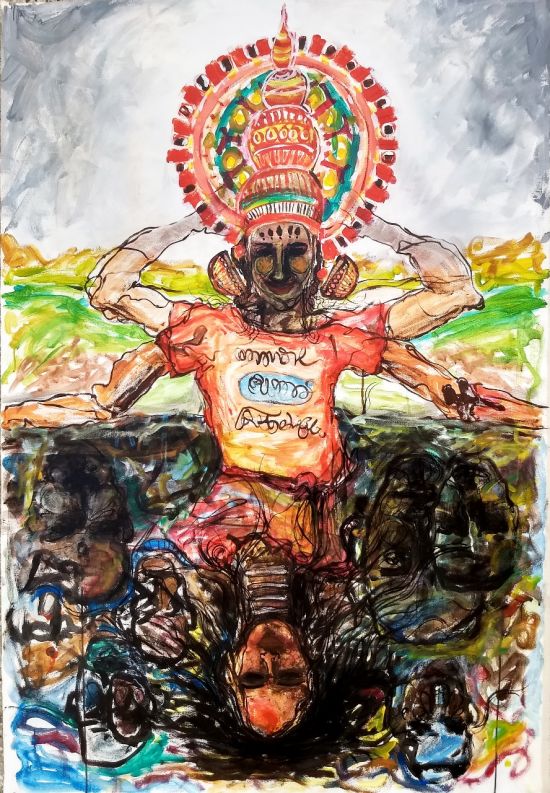 Though a mantled interrogation, Ravindra wants to allow the viewer to form their conclusions about the painting that has the male, incidentally, part-decked with Kathakali costume above the neck. The artist counts the opportunity to exhibit at AIFACS as a blessing: “I have displayed my work at open court houses of malls, but never at an honourable level like this.”

Ruchika Rehal, a fellow participant, aims at introducing an art technique that she claims wasn’t prevalent in India prior to her work called Mischtechnik. It strives to transform paintings to apparent as real through the technique she learnt in Vienna. Ruchika hopes this foreign technique will find its place in her country too. “I want to popularise Mischtechnik out here,” adds the artist, the first Indian learning this technique at the Austrian capital’s Academy of Visionary Art.

Among the others, Sureel Kumar has presented a set of sculptures. The artist, who runs a timbre store at a small town called Giddarbaha in Punjab, has the entire stock made out of wood. His idea is to narrate the evolution of women. Crafted here is a wooden mosaic of a modern woman within a larger carving of Venus of Willendrof, which is the oldest sculpture (30000 BC, from lower Austria) of a woman found as yet. 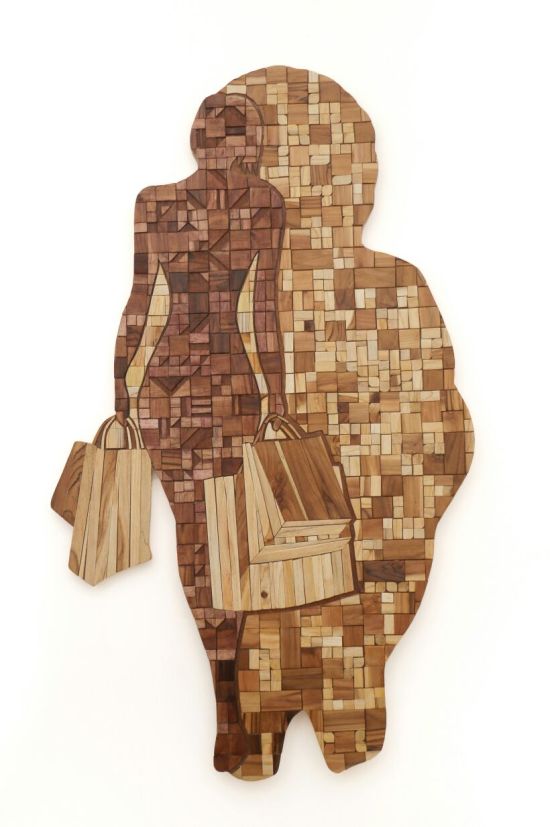 “If you look at the wooden mosaic of the modern woman meticulously, you may perhaps realise that my detailing has logically portrayed a lady, but she is unsatisfied. All the same, the Venus figure enveloping it from the side encompasses imperfection, but has a sense of satisfaction,” adds Sureel, who believes that there is trepidation among the minds of the people of today.

Dikshika Pradhan’s Acrylic painting, Maya, is a depiction of a dancer following her passion, reflecting her journey of art. “I painted this to exuberate the feeling of following her heart without placing restrictions,” she says, hoping that the painting will exude similar feelings to the viewer. 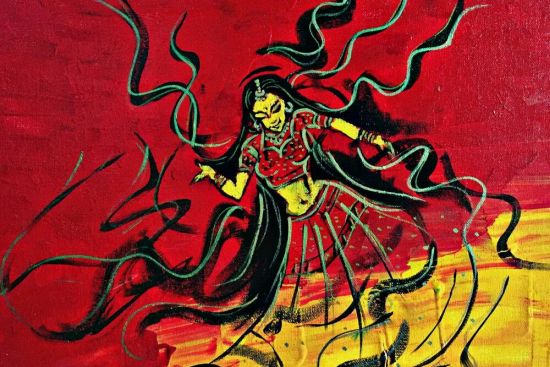 Many of the artists, the curator notes, have used the style of Fauvism as well as the post-impressionist Cloisonnism, making wild colors a means to define their aesthetics. All the same, the show features a few impressionistic and realist-style works among the loud ones.

Noticeably, some of the mains of the exhibitions are Madhubani paintings, besides landscapes. “A lot of the artists have diverted away from the mainstream a la mode art to create their own sense of contemporariness by bringing in traditional art styles and silhouetting gods and goddesses,” notes curator Chandni. 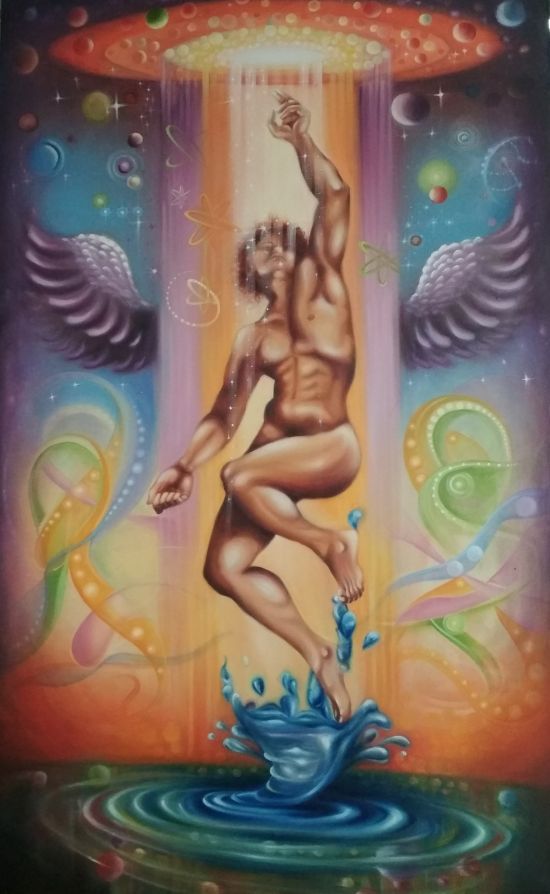