The crude oil forecast remains bearish for the year 2016, thus, establishing an encouraging entourage for the Indian economy. 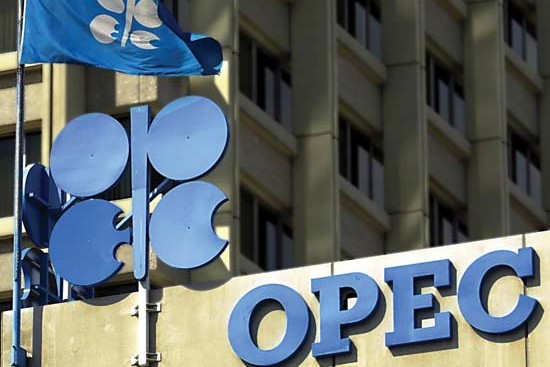 The proverbial 'let us try to catch the falling dagger but I'm not going to try it', expounds the ongoing tussle among members of the Organisation of Petroleum Exporting Countries (OPEC) which once again failed earlier this month to reach any consensus on oil production ceiling. The meeting on December 4, at Vienna, Austria, left the divided cartel members vulnerable to face the slide in oil prices even as they continue pumping crude at near-record levels into an existing inundated market.

The cartel accounts for over 40 per cent of world oil output with its mandate to "coordinate and unify the petroleum policies" of its member countries and to "ensure the stabilisation of oil markets in order to secure an efficient, economic and regular supply of petroleum to consumers, a steady income to producers, and a fair return on capital for those investing in the petroleum industry". Notwithstanding , the cartel's objective is now looking less conceivable than ever before and in fact appears to have been lost in the in-house tussle of defending their respective market shares despite depressed prevailing prices.

Though OPEC officially maintained its production target of 30 million barrels per day (mbpd), the actual oil output has been exceeding 31.5 mbpd in the past months. Consequently, global oil prices have been dwindling thus hemorrhaging the economies of the cartel members, which are counting heavy losses with massive budget deficits and anemic economic growth.

Reviewing the oil market outlook for 2015 and the projections for 2016, global economic growth has been at 3.1 per cent in 2015 and is forecasted to expand by 3.4 per cent next year. In terms of supply & demand, if we assume that non-OPEC supply is expected to contract and global demand to expand, even though markets will still be oversupplied in 2016 as the world is already producing up to 2 mbpd more than it consumes.

India seems to have reasons to cheer. The consumption of domestic and industrial fuels grew at a colossal 17 per cent in October 2015, the highest monthly growth rate registered during the past five years. Low oil prices have created a favourable environment for energy intensive Indian economy. The outlook for consumption of petroleum products looks affirmative in the next fiscal and will benefit from low commodity prices and indeterminacy of the cartel.

However, more than half of OPEC's members themselves face an afflictive economic outlook for 2016. A few fragile cartel members, who were already vying against serious political and security challenges even before prices have cratered, are now approaching their thresholds. Also, member countries such as Iraq, Libya and Nigeria are on the front lines in the war against ISIS.

Certainly, with oil prices staying below US$ 40-45 per barrel, they will have a tough time in sourcing the money to finance the security and other indispensable government services while Iran is astutely poised to raise its own production once western sanctions are lifted. As the Iranian economy has debilitated under the stricture regime, they are likely to accept even the low prices to convalesce its economy.

Besides the cartel members' reluctance to compromise on production and, in fact, maintaining it at near-record levels, the volatility in Arab world, slowing economic growth in oil exporting nations, the slumping commodity prices in Europe and rising oil inventories across the world; its no wonder oil prices have fared poorly.

Given the present circumstances, it would be prudent to say that the crude oil forecast remains bearish for the year 2016, thus, establishing an encouraging entourage for the Indian economy.

The author works in an EPC company in Qatar and is Member of Society of Petroleum Engineers. The views expressed are personal. Author can be reached at husainsinbox[at]gmail[dot]com.

“Be Less Worried About Raising Growth”