Home  »  Website  »  Society  » Reportage  »  Meet Gangadharan, First Indian With A PhD On Kalaripayattu Who Later Became A Practitioner Too

Meet Gangadharan, First Indian With A PhD On Kalaripayattu Who Later Became A Practitioner Too

Two decades ago, the Malabari scholar became the first Indian to hold a PhD in Kerala’s ancient martial art. Today, the author of a dictionary on Kalari, is himself a practitioner of the combat form. 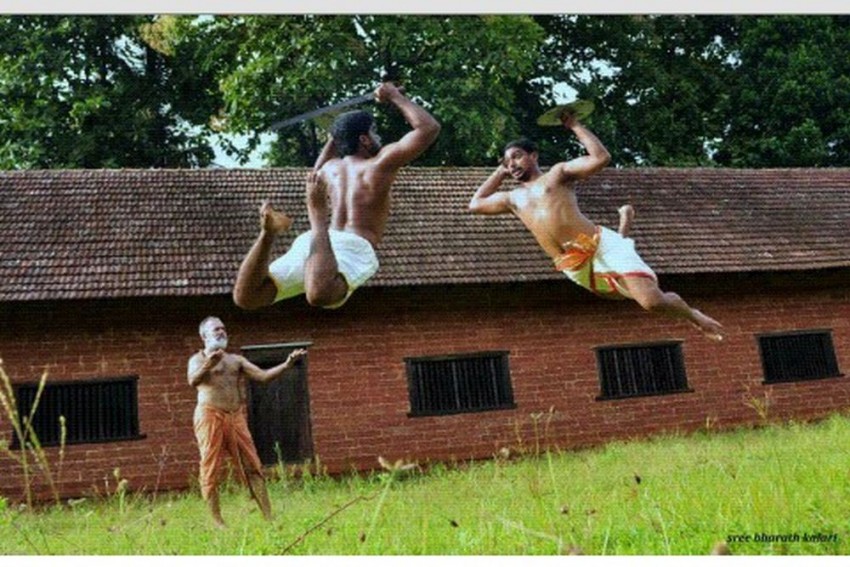 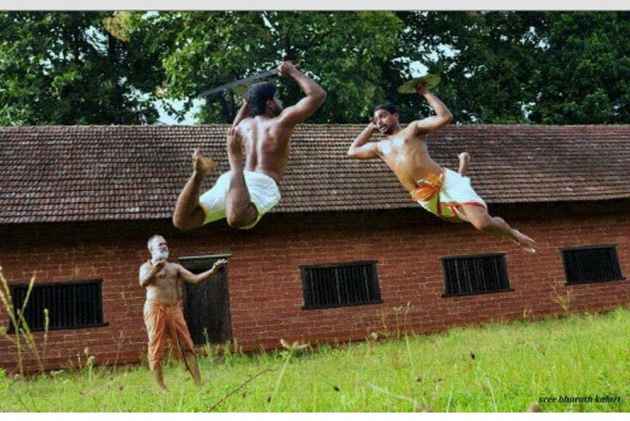 For two decades now, Dr C. Gangadharan holds the unique recognition of being the only Indian scholar to have a doctorate in Kalaripayattu. But a penchant for deeper knowledge about the ancient martial art from his native Kerala eventually led the Malabari to eventually train in it. Today, the 60-year old is a trained disciple of Kalari: a unique mix of high scholarship and thorough practical knowledge.

The widely-known martial art from the subcontinent’s peninsula is said to be one of the oldest form of close-quarter combat techniques. Known for its semi-contact and full-contact defence alongside offensive techniques, Kalaripayattu also trains in the use of different types of weapons such as machete, sword, spear, shield and dagger.

Back in his college days in Kannur of upstate Kerala, it was not his enthusiasm for sports but his passion for reading books that gave Gangadharan a chance encounter with the Kalaripayattu literature. “In my early days, Kalaripayattu was merely recognised as a martial art. There were barely any books that spoke vastly on the subject in detail,” he trails off. “What little Kalari literature existed, it was mostly found either in Theyyam (a colourful ritual form) and folk songs. There were no consolidated or authoritative writings on the martial form.”

It was Karate that Gangadharan, who belongs to Kadachira village of Kadampoor panchayat, began learning—way back in 1977. Nine years later, he received a black-belt in the classical Japanese form. The practitioner thus gained close familiarity with the basic techniques of hand-to-hand combat, and personally learnt many advanced combinations through books. “I noticed that Kalaripayattu suffered from a lack of general information compared to Judo or Karate,” he says. “That made me feel that it is necessary to create awareness of this art, so that people far and near Kerala can benefit from its knowledge.”

Academically, Gangadharan went on to gain a Master’s—in history and Malayalam. After that, he registered for a Phd in 1991. With the approval of his guide K.K. Karunakaran, the part-time researcher began his advanced explorations on the subject. In 1994, Gangadharan chose to name his proposed thesis Kalaripayattinte Kaayikavum Anushtanaparavumaya Ghadakangal (The Physical And Ritualistic Elements of Kalaripayattu).

As a part of his research, Gangadharan had pored over books and visited places and Kalaripayattu centers. Soon he realised that mere reading and touring was insufficient. That is when he decided to train himself in Kalaripayattu—and approached prominent Kalaripayattu instructor Vijayan Gurukkal, who had guided him with his research. 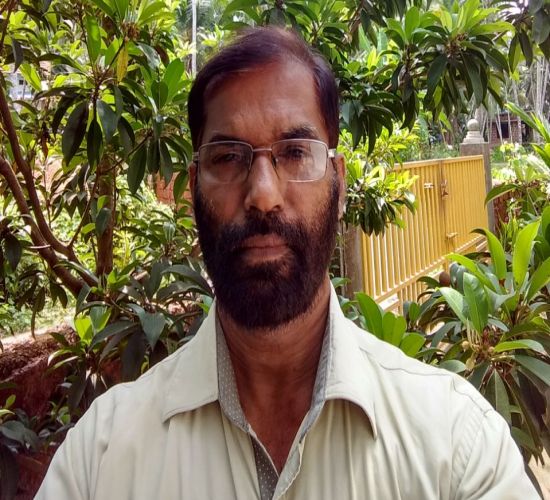 Practical tips came from several other veterans such as Bharath Kalari, K.K. Bhaskara Gurukkal, E.P. Vasudevan Gurukkal, P.P. Narayanan Gurukkal and K.P. Chandran Gurukkal. He also got received training from his father A.P. Narayanan Nambiar along with a friend. “With personal exposure, I was able to very well probe the role of yoga, weightlifting, postures, oil massage technique and payattu kanji (a semi-liquid food of rice and green-gram given to participants during the fight) associated with Kalaripayattu,” he adds.

In 1998, Gangadharan completed his Phd. A year later, he was honoured with a doctorate from the Department of Malayalam, University of Calicut.

Gangadharan was also the chief editor of Kalaripayattu and Ayurveda Kalari magazines published in 2002 and 2003 respectively. His association with Karate inspired him to publish, in 1994, a book, Karate Tournament.

With years of experience, this summer, Gangadharan published a book called named Kalaripayattu Nighandu, which is a dictionary on the martial art. The work was released by 76-year-old Kalaripayattu maestro Meenakshi Gurukkal, a Padma awardee. The book, based on his working for the past decade, came out in April. It contains details on martial arts and plays, different payat (combat postures) methods, relationship between Kalaripayattu and the philosophy of human sensorial and philosophy of yoga, vaaythari (vocal syllables to the movements), martial arts of other countries and their relation with Kalaripayattu, gym fitness, rules of Kalaripayattu and competition and also its procedures.

Interestingly, it’s a westerner who is the first doctorate holder in Kalaripayattu. Scandinavian Phillip B Zarrilli, who earned his PhD while living intermittently in the southwest Indian state for seven years during 1976 and ’93, later received a special honoured by Kalaripayattu Association of Kerala.

Dr Gangadharan says he has no qualms over not having received any recognition by the government or otherwise. “For now, am glad I have brought out a dictionary-like resource material on Kalaripayattu,” he adds.