Warm public response to a recent Koodiyattam festival held in Thrissur shows the ancient drama has come a long way from its days of near-obscurity. The organisers have brighter future plans, too. 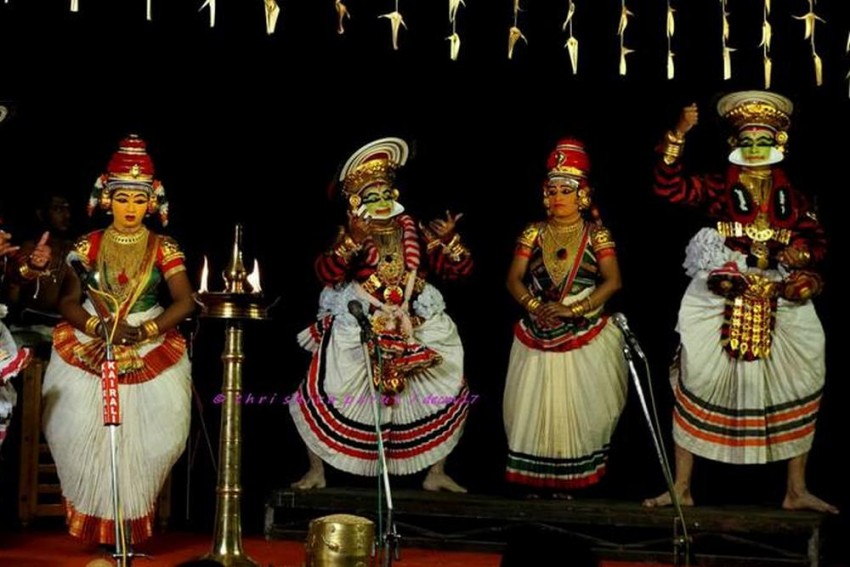 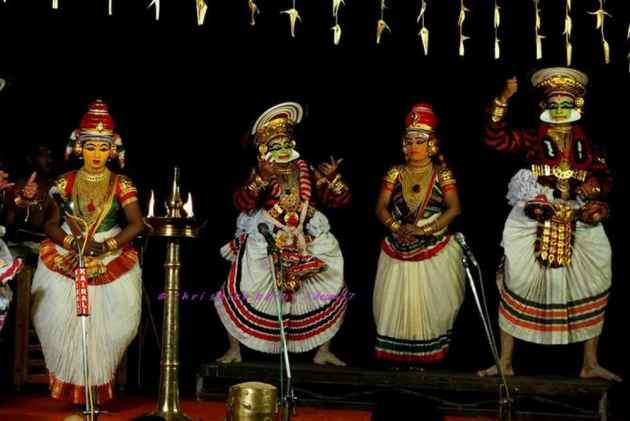 In the early 1990s, there was an administrative attempt to revive the country’s traditional theatres—and Koodiyattam was one among them. Mani Madhava Chakiar, a towering exponent of the classical Sanskrit drama form from Kerala, had just died by the turn of that decade. Many among the rest of the top Koodiyattam practitioners began to be introduced to audiences in venues far and near the southern state, courtesy a project by the Sangeet Natak Akademi (SNA). The national-level institution for performing arts set up in 1952 by the central government went to organise a pioneering Koodiyattam festival in the national capital. The mahotsavam in spring 1995 further helped the ancient art to appear with better visibility on the cultural map of the country. From such struggles to establish itself to potential audiences, Koodiyattam has come a long way today. Its rise in general appreciation standards was evident in a recent event organised in Kerala, where the main shows had close to 600 people watching enactment of mythological stories through detailed emotion-expressing techniques propped up by hand gestures and body movements to the accompaniment of ethnic percussion instruments.

Organised by SNA Kudiyattam Kendra, the five-day ‘Natyadharmi’ at the state’s cultural capital of Thrissur brought in a range of contemporary artistes of the 2000-year-old form. Coming as at a time when the Kendra completed its first decade of formation, the day-long programmes that spanned late into night in December featured not only Koodiyattam in the evenings, but also its allied arts like Chakiarkoothu and Nangiarkoothu besides percussion concerts as well as talks and seminars in the mornings and afternoons. “Better intimacy among the Koodiyattam artistes is one outcome of the ‘Natyadharmi’,” says SNA Kudiyattam Kendra director Ettumanoor P. Kannan, who completes one year in office today (January 2). “Every one of them felt that this is their festival. To sustain the camaraderie is now a challenge, though such festivals gain a certain natural tempo once they get into the third or fourth chapter.”

The December 17-21 event was among the Kendra’s new set of projects in the 2017-18 academic year, aimed at wider appreciation of Koodiyattam. “We recently brought out a director of artistes that had no less than 90 names. A few more will be added to it in the next edition,” says Dr Kannan, also a trained Kathakali artiste. “Another is a ten-lecture series where experts will give talk on pertinent subjects at higher education institutions. These will subsequently be compiled and released in the form of a book.”

The Kendra is encouraging the four Koodiyattam institutions under it (a fifth one is being revived) as well as private artistes to hold sessions on the art across the state. The target for the ongoing fiscal is 100, the halfway mark of which is over.

In September 2017, the Kendra held a major three-day workshop in its city of Thiruvananthapuram. The event saw the convergence of no less than 130 artistes, who staged programmes, gave presentations and participated in the discussions. Also there are monthly Koodiyattam programmes funded by the Kendra and hosted in four chosen Kerala venues ranging from north Malabar to southern Travancore (Kozhikode, Tripunithura, Haripad and Thiruvananthapuram). The Kendra also grants stipulated finance to organisations that apply for endeavours to host Koodiyattam in various part of the state. A melam ensemble primarily on mizhavu was a pleasant oddity. Kalamandalam Achuthanandan and party led the percussion concert set to the six-beat panchari rhythmic cycle.