His cremation will take place at the Lodhi Road crematorium here at 5.30 pm 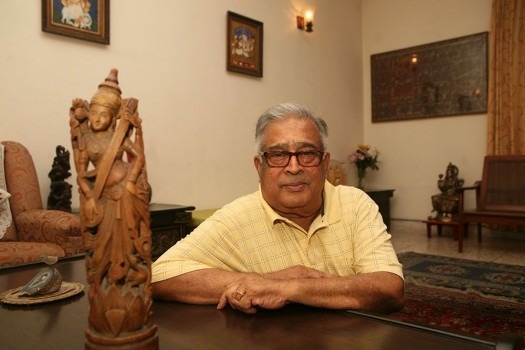 “Extremely shocked to hear the sad news of the demise of T S R Subramanian. He was the tallest amongst all and is a big loss for the IAS fraternity and the nation. Deepest condolences to all family members. We hope and pray that your ideas and thoughts will continue to guide us,” the IAS association said in a tweet.

His cremation will take place at the Lodhi Road crematorium here at 5.30 pm, the association said.

The cause of death and other details were immediately not known.

“Former Cabinet secretary T S R Subramanian is no more. Saddened by the news. He was affable, full of ideas and energetic. In many a debate on TV channels, shared thoughts with him. Condolences to his family and his fraternity,” she said.

The MoS said, "Saddened by news of the demise of former Cabinet secretary T S R Subramanian. My condolences to the entire IAS fraternity and his family."

Secretary, Department of School Education and Literacy, Anil Swarup, said: “Bichde sab bari bari (all left one by one)."

“One of the most outstanding officer T S R Subramanian is no more. Rest in Peace. RIP,” he said on Twitter.