...once when she had the mental breakdown and now. I owe everything that I am today to my brief association with this magnificent woman. She was a rebel who lived life on her own terms, died on her own terms.

It hit me like a brick when I first heard the news. It's such a coincidence. I had been talking about her to the director of the National Police Academy, pouring my heart out to him about the time when Parveen had her mental breakdown. How strange that she should die soon after. It took me a while to recover my breath. The suddenness was difficult to take because the last I had heard, she was well in Bangalore. 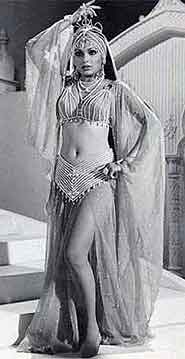 I owe everything that I am today to my brief association with this magnificent woman. It was my brief relationship with her, that lasted for about two-and-a-half years, that echoed in my film, Arth, which was a semi-autobiographical look at my extramarital relationship with Parveen. She was the turning point in my life. After four of my films had flopped, I shot to prominence when I told the world our story in the autobiographical Arth.

Some people complained that I had exploited Parveen and pushed her over the edge. They forget that she is a part of my memory. I would never portray her irresponsibly. Once Arth released Parveen didn't give a damn about what the world thought about her. She had stopped caring about people by then. The media unnecessarily made a big thing of it.

Most people do not realise that her breakdown had happened much before Arth was conceived. In fact, her first mental breakdown was also chronicled in Arth. I have never felt that I exploited that memory. As I have repeatedly said, and take the opportunity to reiterate, I owe a lot to that wonderful woman. My relationship with her gave a kickstart to my professional film career. If I had not made Arth, you wouldn't be talking to me. She was a lovely woman, generous and unique.

The reality and the subsequent breakdown of this beautiful woman, right in front of my eyes, was so intense, that I had to exorcise it in some way, and film was the best mode. The turbulence and intensity of the time I spent with her is beautifully recorded in the film. I shall always relish the fact that my first claim to fame was as Parveen's boyfriend. She remains one of the beacons of my life. Her generosity, kindness, were unparalleled.

I met her way back in the late 1970s when we were both living dangerously. She had just split with Kabir Bedi and was quite heartbroken. The first thing that I liked about Parveen Babi was her smile, her wit and her intelligence. She was one of the most elegant, well read and generous women I've known in my life. I was very close to her, and had a relationship with her from 1977 to 1980. For me she was the ultimate glamour girl, the first woman who had an alternate morality and was never ashamed of the way she lived life.

Parveen and I parted ways when she was diagnosed with schizophrenia. In fact, I had started a film with her, Ab Meri Baari but after 11 reels, I had to shelve the film because couldn't do it anymore. Once the heady days of wine and roses were over, the scene was scary -- I was high on LSD and she went through a series of nervous breakdowns. I went through trauma and a hell of my own making for two and a half years and all this is reflected in Arth. 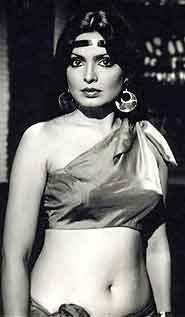 I loved Parveen. I was close to her but I couldn't live with a woman who was a shadow of her real self. When Parveen went through a low, doctors described it as a case of schizophrenia. Parveen's mother who had rushed down to Mumbai, believed that djinns had taken over her daughter's body. Parveen had actually inherited schizophrenia from her father.

She represented everything that can go wrong for people who lay down the rules of what is right or at least what is desirable.She remained in a fantasy world, only to re-emerge later with paranoia. I knew she went to the USA for treatment in the 80s but by then I didn't care. She was a closed chapter in my life and I couldn't keep thinking about her. We hadn’t been in touch for the last 15 years. I remember, the last time I saw her was at a bookshop in Holiday Inn when the Gulf War was on. We didn’t even say hello to each other. She had become a completely different personality.

For me, Parveen died twice—the first time when she had her first mental breakdown and was with me -- the personality I had known completely collapsed, like a house of cards. And now, the second time, with her physical death. I would like to remember her as the girl who brought Bollywood to the cover of Time magazine and who died an anonymous death. She made the choice. She was a generous and giving person, a people’s person and was filled with a true joie de vivre. She never deluded herself into thinking that she was a great actress. But yes, she was an extremely hardworking actress. She was a rebel who lived life on her own terms, died on her own terms.

(As told to various news agencies and live TV interviews)