Footloose In London, Caged In Delhi

In over two decades of living in London, I have never had to once think of my safety while travelling either on a bus, the tube or a cab. 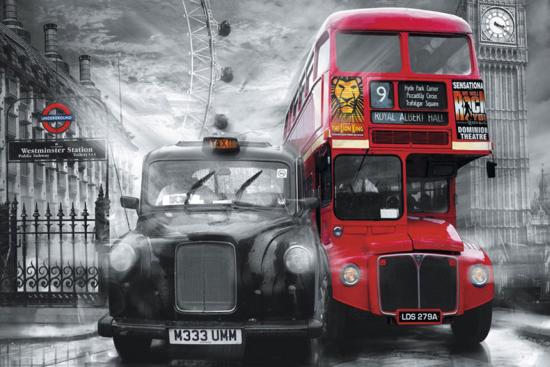 Returning after a late dinner at a friend’s place on a weekend, with delays in getting a cab due to the weekend traffic rush, I decided to take the bus home. Somewhere along the way I dozed off, only to be woken up by a profusely apologetic driver, as I had obviously not heard the announcement made by him that the bus was being terminated midway and going to the depot. The kind man accompanied me to help me find a cab for the rest of the journey. But then that’s London.

In over two decades of living in London, I have never had to once think of my safety while travelling either on a bus, the tube or a cab. People are crushed like a can of sardines while commuting in the tube during rush hours, but never have I, nor any woman I know, been felt up the wrong way. It's commonplace to take the last tube or the night bus, at weekends after an evening at the pub. And several men and women doze off during the journey. A sleeping person is definitely not a vulnerable target.

It is difficult to fathom, each time I am in India, why going out is such a chore. It's stressful going out for dinner if I am not accompanied by friends and have to take a cab. Clothes, jewellery, everything comes under the scanner. Walking through a crowded market in Delhi is not an easy exercise. Having been away from India for so long, I find it extremely difficult to re-learn those self-protective habits, like holding your bag across your chest, ignoring the lewd stares. Nothing has quite changed in all these decades; if anything, it’s become worse. Why?

London is one of the most cosmopolitan cities in the world, it is a conundrum of world cultures, conservative and liberal, yet an individual’s freedom is foremost. No one is saying that in today’s day and age crimes do not happen, but for an ordinary woman, everyday life is safe. Yes incidents of molestation and attempted rape in cabs had taken place a few years ago when, unsuspecting women flagged down moving cars claiming to be minicabs. Immediate police warnings were issued across the country warning people to only use pre-booked minicabs. All major minicab companies are perfectly safe and available 24/7. In all my years in London I have used minicabs regularly and have never worried about my safety. If you are sleeping during the journey, on reaching your destination, the driver politely wakes you up and even walks you down to the door, in case the parking is not at the doorstep.

Men across the world can boast of their libido but making catcalls or passing lewd comments on the street doesn’t seem to cross their minds in most parts of the world. A passing car may honk at you, and that’s a compliment, if the driver thinks you are looking nice. Sure, that has happened to me several times, but it’s a gesture that would make any woman feel happy not scared and insecure.

However, I must admit that every cab ride is not a bad experience in India either. Each time I am in Mumbai I have one particular cab driver whom, after having used him once, I have always called during every visit. But that is few and far between.

After the recent Uber case, I have been shocked when I heard elite Delhi women, while sipping their drinks denigrating the victim by saying, “Oh, girls should not drink if they are not escorted back home, they should not drop off to sleep, etc.” That says a lot about India’s so-called educated and liberated class.

In India, unfortunately, we wear a beautiful garb of morality and like to tell the world the West is debauched. I do wish I could return to India for good. Yet each time I think of it, I can clearly see one stark reality: In the world’s largest democracy I will have to live as a woman without my basic freedom. Am I ready for that? Clearly not. I love my freedom and safety more.