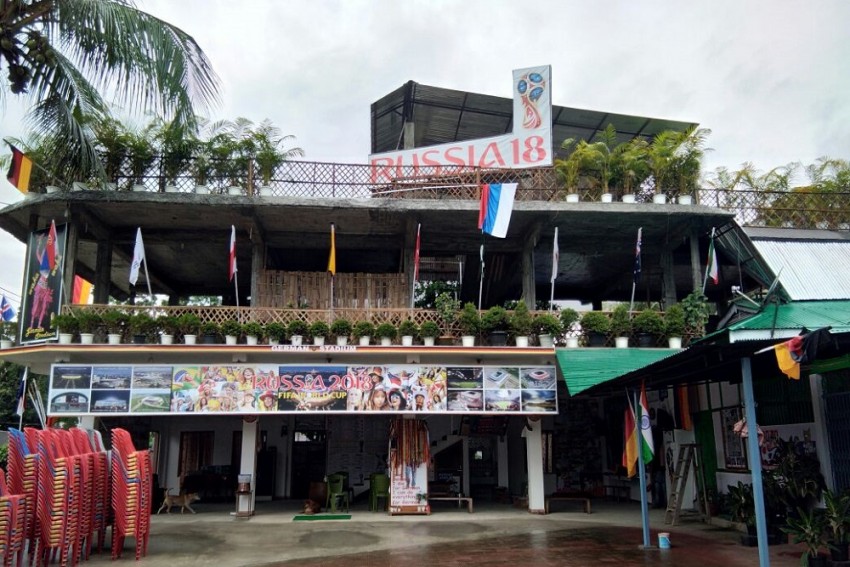 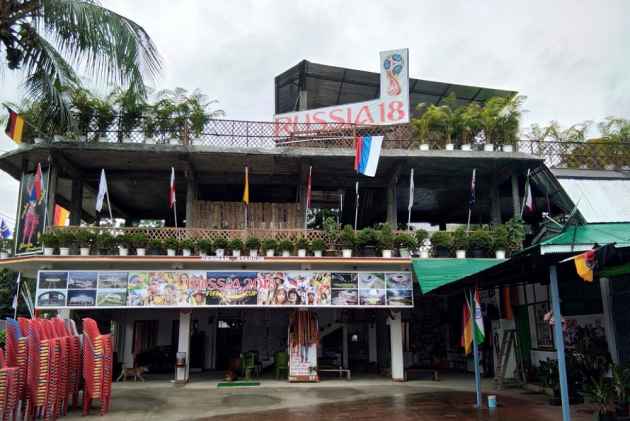 Hours ahead of the 21st FIFA kickoff match, Putul Borah has his auditorium ready for football freaks to get together and follow live the World Cup matches in faraway Russia over the next month. A soccer fanatic, the 57-year-old resident of Diphu town is happy to have completed the construction of a venue that would screen all the 64 matches in the 12 venues of the European country till the final on July 15.

The small-time businessman from the scenic hill station 250 km east of Guwahati has in fact been providing a similar facility during every FIFA Cup from the 1990s—only that this time the set-up is still better. Borah succeeded in his mission by taking a bank loan of Rs 13 lakh to build the hall, which he has named ‘German Stadium’, going by the most favourite team.

The venue, where no less than 500 people can assemble and has been decked up with flags of all the 32 teams participating in this FIFA Cup, is being inaugurated on Thursday by a veteran footballer Gilbertson Sangma, who represented Indian team in 1970s. The chief host is glad that the visitors will be provided with good facilities as well. 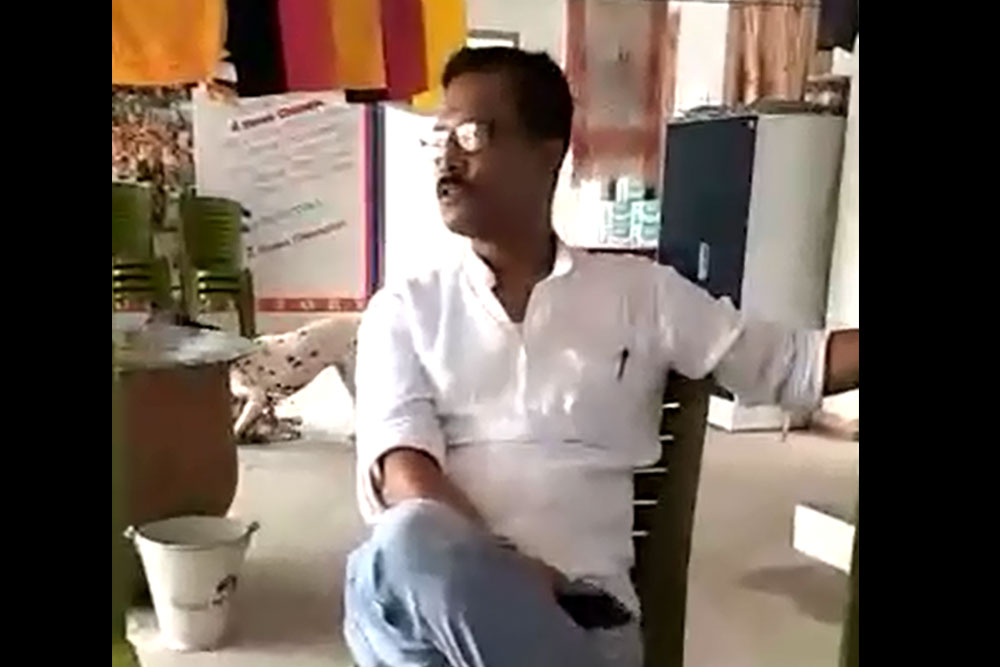 “Finally, the stage is set for the big day. I’m pretty excited,” Bora tells Outlook in the run-up to the inaugural encounter between hosts Russia and Saudi Arabia at Moscow’s giant Luzhniki stadium. “We all are waiting for the start.”

Borah has arranged LEDs and projectors to screen the matches that are to start from 8.30 pm IST on Thursday. In the earlier editions of the World Cups during the past 28 years, his residence used to turn into a sporting zone of sorts, what with football buffs in the locality flocking the television set and watching matches by taking in all the allied fun and excitement.

A steady growth in that spirit now having culminated in the construction of an auditorium alongside his house has added to Borah’s pride and joy. “I welcome all the football lovers to my home to watch the inaugural and also the matches later on,” he gushes. “Let’s love football and spread peace and harmony.” 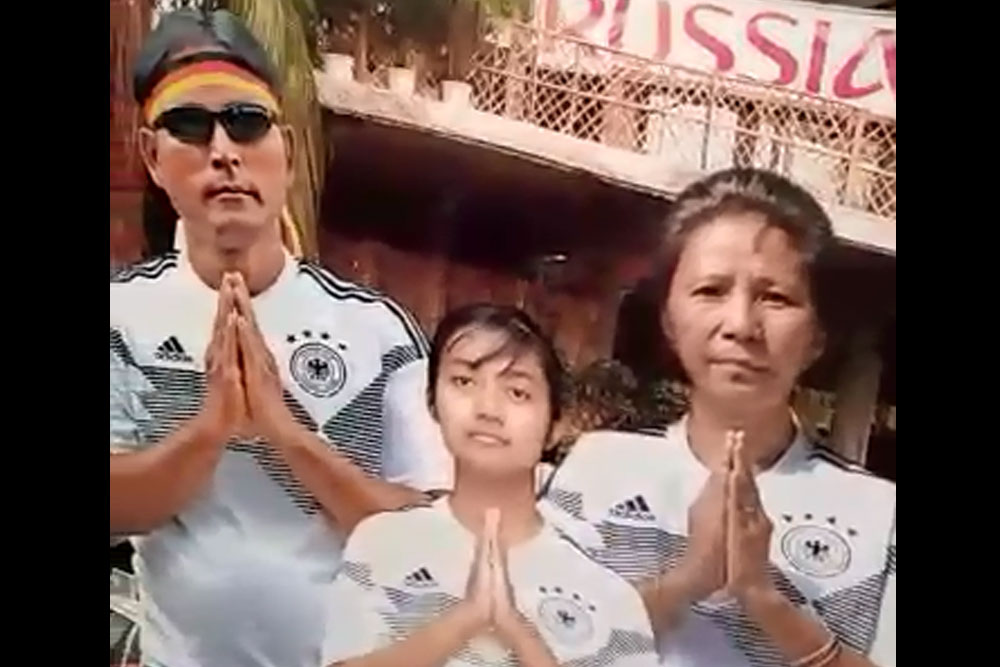 This time, the football fans will get to watch the matches on a giant screen besides on a 53-inch LED at his newly-constructed ‘German Stadium’ in Diphu, the headquarters of Karbi Anglong district that is largely inhabited by indigenous tribal communities. “I have been organising such screening since 1990,” he trails off. “Each time since, I have tried to give better facilities to my guests and visitors. Thankfully recently, I got a loan of Rs 13 lakh from State Bank of India in my wife’s name.”

The auditorium on the ground floor can per se accommodate 150 persons, while the facing courtyard gives space for more than 250 people to sit together and watch the matches on the giant screen. Plus another 100 in front of the adjacent TV set.

“During the matches, we will be serving tea and snacks to the visitors as usual,” adds Borah. “Football makes me happy. When it comes to this game, nothing can stop me. So, I don’t mind whatever expense such an exercise entails,” says the father of a 14-year-old girl. 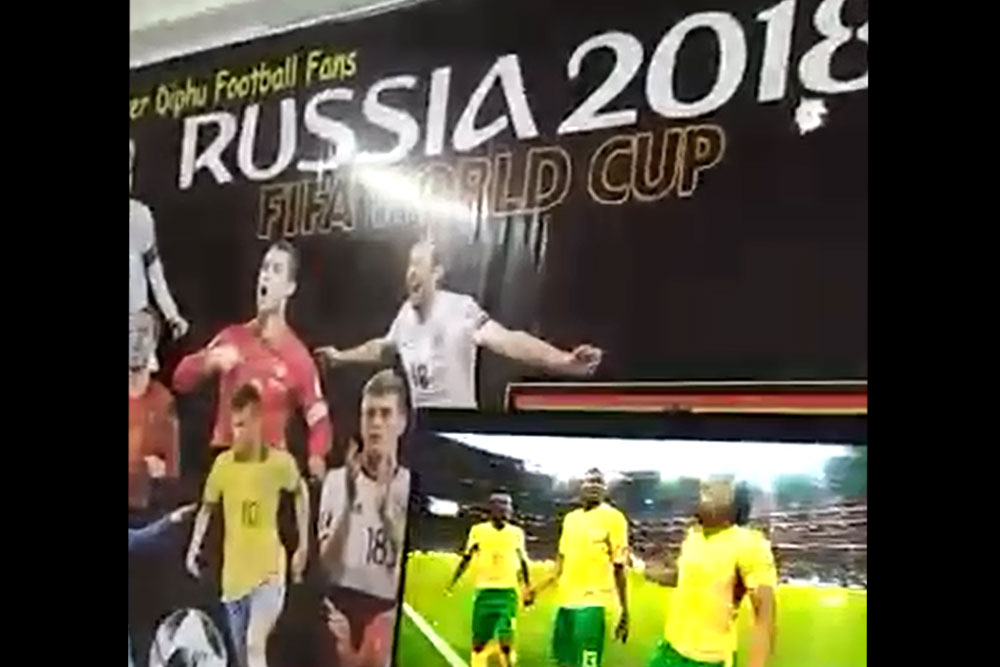 Though Borah is a die-hard supporter of Germany, he welcomes the supporters of all the participating teams with open arms. “This is the beauty of football. My home is a gathering point of the supporters of Argentina, Brazil, Spain and other teams,” he points out with a guffaw. “We all celebrate each others’ success. Many a time, my friends tease me if my team loses. So what!”

All the same, Borah is confident that this time Germany is going to lift the Cup. An admirer of yesteryear German stars Michael Ballack and Oliver Kahn, he says the German team of 2018 plays well as a unit, adding to their chances of entering the final and retain the Cup.

No wonder, for all the flags of the 32 countries fluttering at the venue, the ones of Germany in horizontal stripes of black, red and golden outnumber the rest.