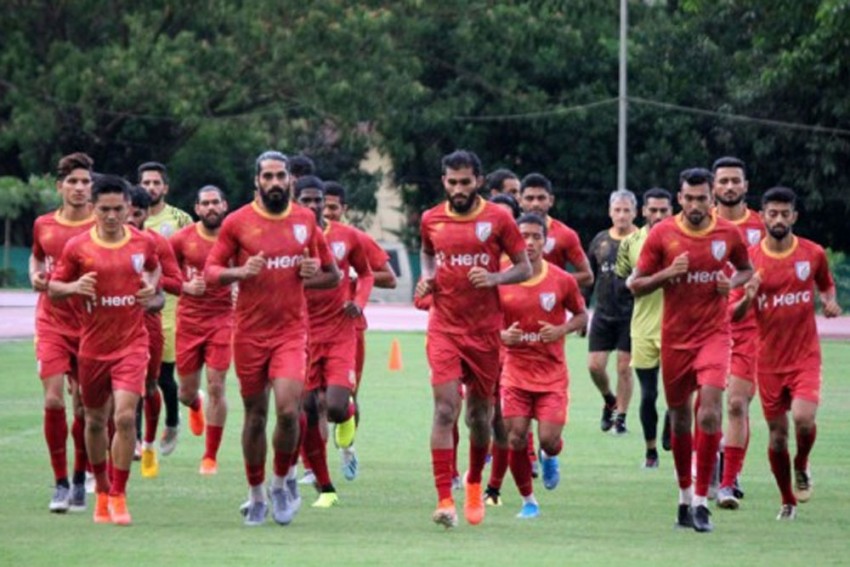 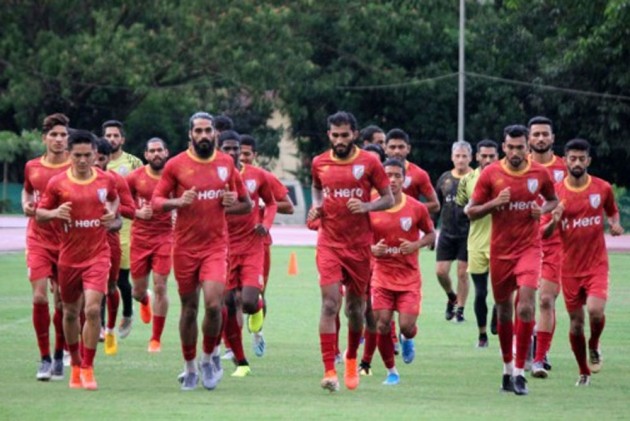 The senior men's football squad arrived here on Friday for a preparatory camp ahead of India's second-round FIFA World Cup qualifier match against Bangladesh, to be held on October 15 in Kolkata. (More Football News)

The camp will end on October 12 following which the squad will proceed to Kolkata.

"Everyone expects us to win and many people already feel that this India team is at the beginning of a new and very successful era," head coach Igor Stimac said.

"Everyone in the camp is excited about team's return to Kolkata. I have been told it's been long 8 years we last played there. We intend to make it an unforgettable experience."

India went down to Oman in a heartbreaking 1-2 home loss in their first match of the second round of qualifiers. The Blue Tigers followed it up with a strong performance in the second game by holding reigning Asian champions Qatar to a goalless draw.

Stimac hoped the crowd will show its full support for the team.

"There was brilliant support for us in Guwahati (against Oman) and now we are expecting a full house in Kolkata also."

"It'll be a good test for us before facing Bangladesh and a great chance for all the players to fight for a place in the team," Stimac said.

Meanwhile, goalkeeper Gurpreet Singh Sandhu, who donned the captain's armband against Qatar in the absence of Sunil Chhetri, said a win will help boost the team's confidence.

"It's always about looking ahead and starting from scratch. We can't wait to hit the pitch and get our first win. That'll give our campaign some much-needed boost for the upcoming games in November and later," Sandhu stated.

"I have played in Kolkata during my early days. But representing your country in front of the enthralling crowd of Kolkata will be a different experience altogether. We can't wait to set the ball rolling," Sandhu said.