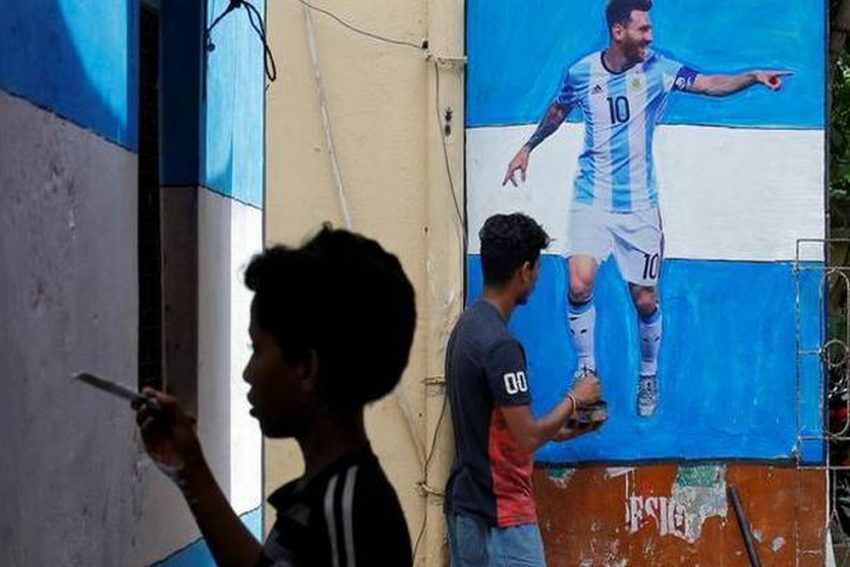 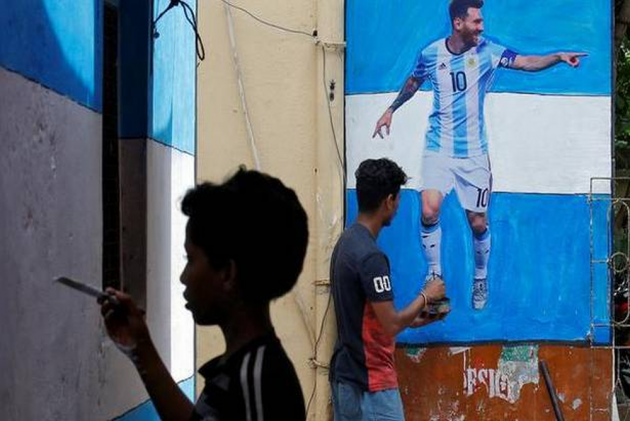 India is excited for the FIFA World Cup as the country's football hubs paint themselves in the colours of Russia 2018 to continue a long-distance love affair with the 'beautiful game'.

It's long-distance because India themselves are nowhere close to being at the big stage at this point. But that is not coming in the way of fans' eagerness for the event starting today.

The football-mad pockets of the otherwise cricket crazy country are all ready and decked up to be the best cheerleaders for their favourite teams in what has been described as the 'greatest show on earth' on more than one occasion.

So, while Cristiano Ronaldo's Portugal has Goa's near unanimous backing, Neymar's Brazil and Lionel Messi's Argentina have the fans divided for them in the east and south.

Huge screens have been put up even at village level sports clubs by fans, who would be spending their nights there to catch the action in Russia.

"There are huge screens set up to watch World Cup football matches across the coastal state. The football fever will be high for one month," claimed Elvis Gomes, President, Goa Football Association (GFA).

While Portugal flags would be a common site in the coastal belt, Gomes' heart is with Nigeria, clubbed with Argentina, Croatia and Iceland.

"I am supporting underdogs, Nigeria. I want that for once the World Cup should come to Africa," he said.

"Almost every fan would be watching matches at his favourite place. The club houses have set up indoor screens as due to rains, they can't install them in the open spaces," he said.

Scenes are as colourful down south with Kerala fans, especially in Malabar (north Kerala) region, showing their love for the game by lining the streets with life-size cutouts of their favourite players.

Messi seems to be a particular fan favourite and his face dominates Malappuram, Kozhikode and Kasaragod.

Large LCD TV screens have already been put up in many cities and towns for the broadcast of World Cup matches.