Officials with the Virginia Wildlife Management and Control took to social media site Facebook to share photos and video of the unusual copperhead snake. 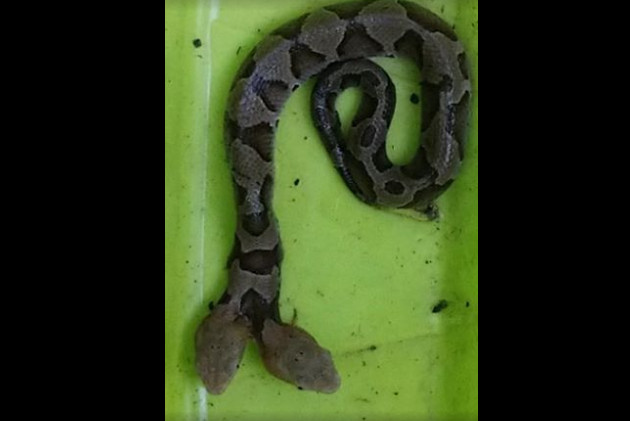 An extremely rare two-headed snake was found in a resident garden yard in Woodbridge, Virginia, the United States last week.

Officials with the Virginia Wildlife Management and Control took to social media site Facebook to share photos and video of the unusual copperhead snake.

The Wildlife Center of Virginia released a statement on Friday claiming "two-headed snakes are extremely rare" and "they just don’t live that long".

A state herpetologist, named Dr. Ernesto, at the Wildlife Center of Virginia will continue to monitor the snake and if it survives, it will most likely be placed in an educational facility.