Will the BJP pull off a saffron sweep in the states it governs? Can the Congress defend Mizoram and make inroads elsewhere? Can the Telangana Rashtra Samithi win a second term? Here are the exit polls. 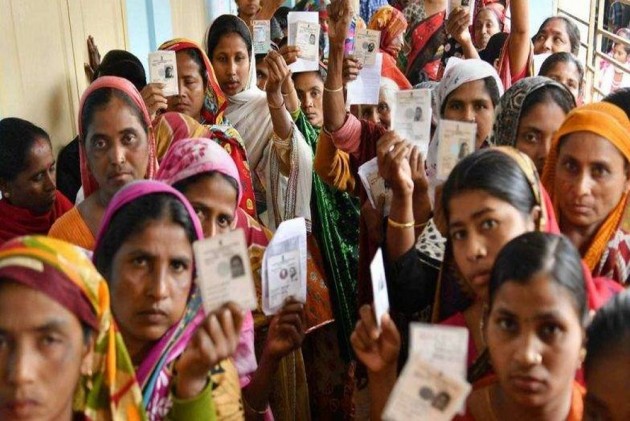 Exit polls show a neck and neck race between the BJP and the Congress in Madhya Pradesh and Chhattisgarh. In Rajasthan, exit polls predict a win for Congress, while in Telangana, Telangana Rashtra Samiti (TRS) has an edge.

Madhya Pradesh, Rajasthan and Chhattisgarh are currently ruled by the BJP.

Madhya Pradesh has 230 seats and the majority mark for a party to win is 115. 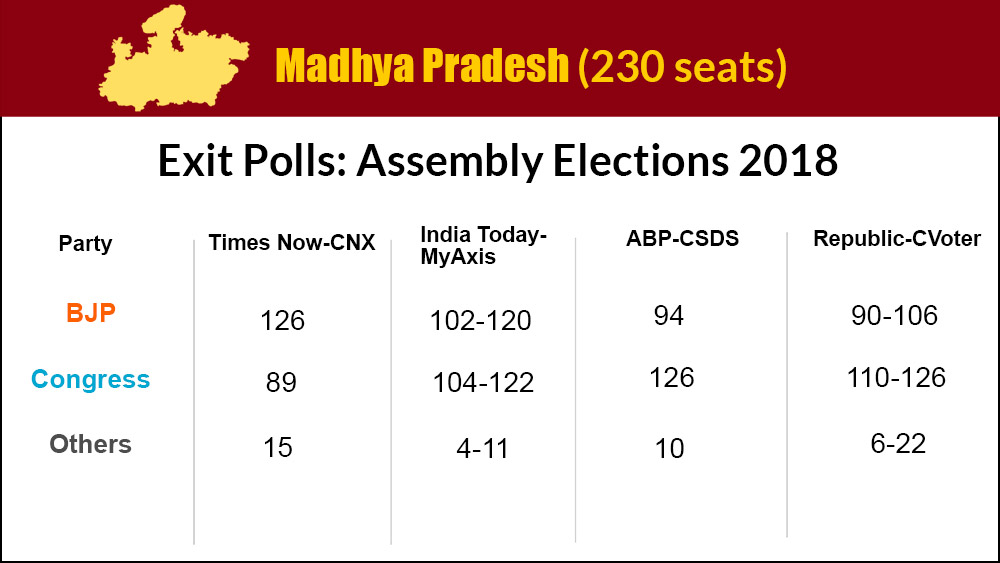 All the exit polls said the alliance of former chief minister Ajit Jogi's Janta Congress Chhattisgarh (Jogi) and the BSP may win between three and eight seats, which may help him to emerge as a king-maker in the event of a hung house.In Chhattisgarh, TimesNow-CNX exit poll gives a majority to BJP at 46, and the Congress 35.  The India Today- My Axis poll, however, predicts the BJP will get 21-31 seats and the Congress will get 55-65 seats. The Republic TV-CVoter shows a close fight with BJP getting 35-43 seats and Congress getting 42-50 seats.

Chhattisgarh has 90 seats and the majority mark is 46. 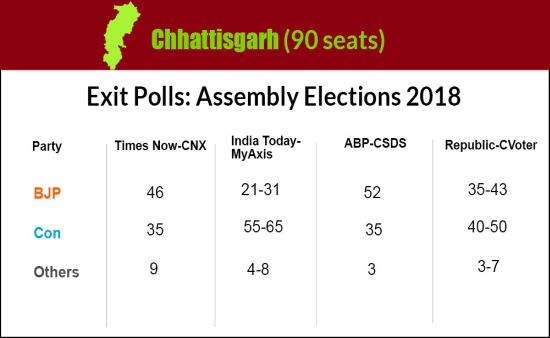 The majority mark in 200-assembly seat in Rajasthan is 100. In Rajasthan, exit polls predict a Congress win. India Today-MyAxis exit poll shows the Congress is likely to win 119-141 seats and BJP 55-72. TimesNow predicts 105 seats for Congress and 85 for BJP. 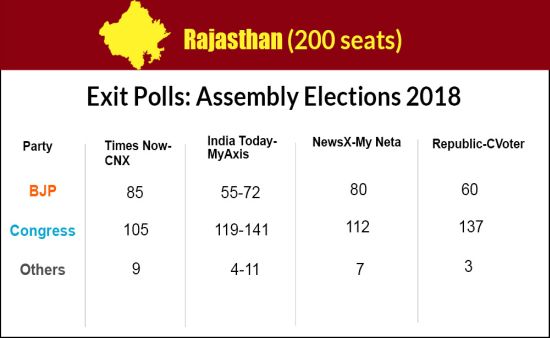 In Telangana, India's youngest state, exit polls show TRS chief K Chandrashekhar Rao's gamble of dissolving the assembly will pay off and he will win. Telangana has 119 seats and the majority mark for a party to win is 60. 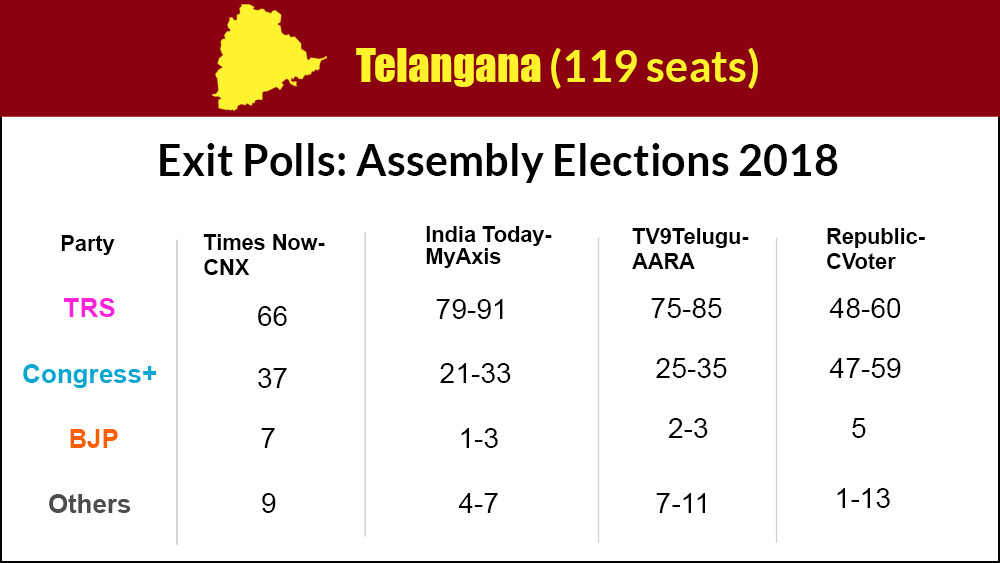 In Mizoram, Congress will be voted out of power, predict exit polls. The exit poll conducted by Republic TV-C Voter shows Congress getting 14-18 seats in the 40-member assembly. 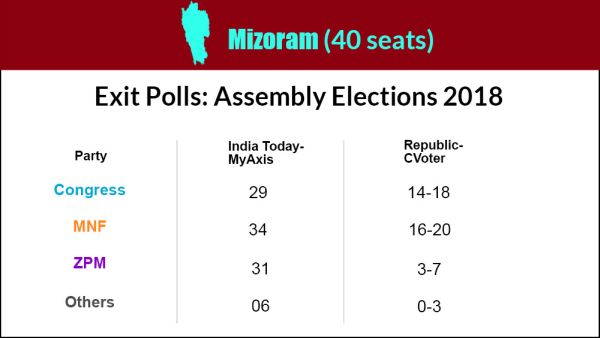 Counting of votes in all five states – Rajasthan, Madhya Pradesh, Chhattisgarh, Telangana and Mizoram -- will take place on December 11.