'Every Man For Himself'

'As a captain he is worse than a school boy…I am very much fed up with him as are the other members of the team...We collapsed because he sent in Abdul Hafeez at No 3 instead of going in himself'. Sounds familiar? 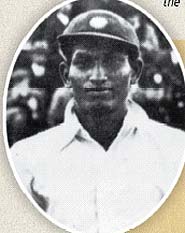 The graceful Mushtaq Ali, India’s first centurion overseas, did not enjoy his 1946 tour to England due to unrest within the Indian team. It is not surprising that Mushtaq Ali chose to confide his feelings to C.K. Nayudu, his mentor and guru. One of the best moments in Ali’s life had come when Nayudu, during a Bombay Pentangular final between the Hindus and Muslims, encouraged a severely injured Ali to play the innings of his life – a knock of 36 against all odds that won the Muslims the tournament by the thinnest of margins – one wicket. This final, played before a huge crowd in 1944, was by far the closest in the history of the tournament.

Ali had one regret – not having played against Bradman’s invincibles in 1948 despite having been picked as vice captain of the touring Indian side. He missed out because of family problems.

How will Mushtaq Ali be remembered in India’s cricket history? Simply put – as the first Indian centurion
overseas. He was also the first Indian to have been selected to play for a World XI in the 1940s.