VAR continues to spark controversy, a trend which was started since its introduction into English Premier League, with the latest being Roberto Firmino's disallowed goal during Aston Villa vs Liverpool match 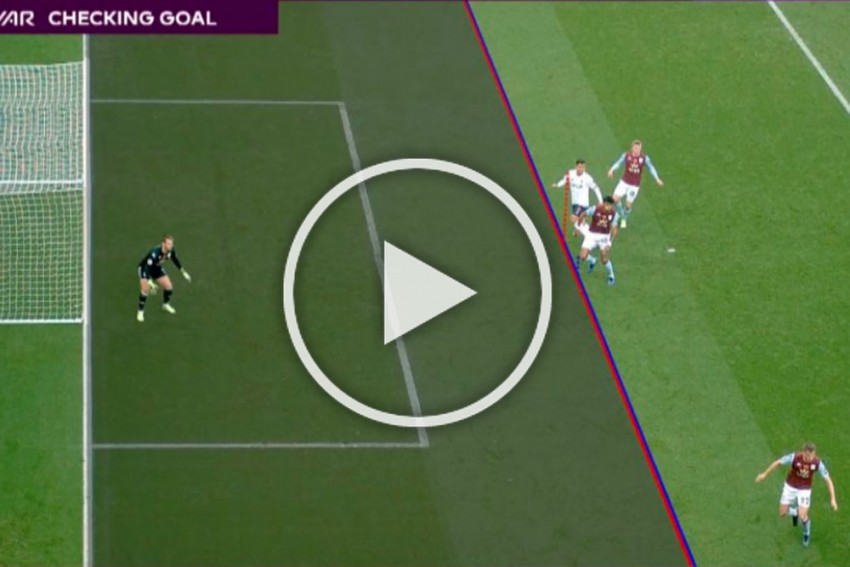 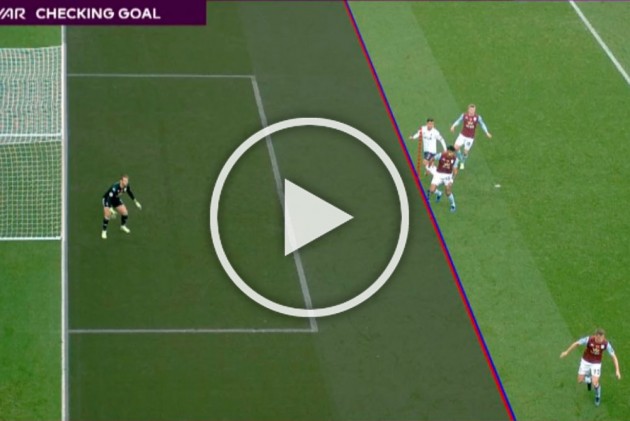 In the English Premier League (EPL) match between Aston Villa and Liverpool, a bizarre incident was witnessed as Robert Firmino's goal was disallowed by the Video Assistant Referee (VAR) as it ruled the player's armpit offside. (More Football News)

"Liverpool's Roberto Firmino was flagged offside before putting the ball in the net against Aston Villa and the decision was confirmed by VAR. The red line signifies Firmino and was aligned to his armpit, which was marginally ahead of the last Villa defender. #AVLLIV," Premier League's official handle tweeted.

The red line signifies Firmino and was aligned to his armpit, which was marginally ahead of the last Villa defender#AVLLIV pic.twitter.com/a2OnNWnz2E

Later, Premier League asked fans if VAR got "this one wrong?"

Did VAR get this one wrong? ðÂÂÂÂÂÂ¬

Even @Specsavers weren't convinced as this Roberto Firmino goal was disallowed for offside...ðÂÂÂÂÂÂÂÂÂ

Here's the actual process of Martin Atkinson manipulating the lines until Firmino is made offside.
And he still cannot be offside as he can't score a goal with his arm the eventual line starts from.
Shocking. pic.twitter.com/nTiVWUmSXY

This ruling by the VAR did not go down well with the netizens as they took to Twitter to term the decision as a 'disgrace'.

VAR sees firmino’s armpit offside but not this handball pic.twitter.com/OuMeVm66S4

VAR is a disgrace. Why are we even discussing arm pits etc. If it’s to close to call, don’t call it and give the striker the benefit like the gold old days. https://t.co/Oh9PmNLl65

What's the point in teams playing if the ref's don't give the right decisions. Then VAR is brought into to put clarity on any positions of doubt only for the ref's to get it wrong...again. VAR isn't the problem, it's some of the inept ref'sand decisions that are the problem.

Can you score with an armpit ? ðÂÂÂÂÂÂÂÂÂÂÂÂÂÂÂ

VAR continues to spark controversy, a trend which was started since its introduction into England's top-tier domestic competition this season.

Many divisive calls have been made in the EPL, including offside calls, which lead to a debate over whether the cameras used for VAR checks are fit for purpose due to frame-rate issues.

Sadio Mane and Andy Robertson struck late to help Liverpool came from behind to claim a stunning 2-1 win.

Jurgen Klopp's side looked set to be heading for just their second top-flight defeat of 2019 at Villa Park, Trezeguet's 21st-minute effort having put the hosts ahead.

Trezeguet's goal stood following a check for offside, but a review did not overturn the decision to disallow what appeared to be a valid equaliser from Firmino.

However, Liverpool's second-half dominance eventually finally paid off in a dramatic finish.

Robertson headed in from point-blank range before Mane flicked home the winner in the fourth minute of added time, keeping the Reds six points clear of Manchester City at the summit.

After the match, Klopp said "It's not right to sit here, talk about it and everyone wants to laugh. It's not to laugh about, it's too serious. Managers get sacked for losing games. I don't want to make it bigger than it is, but we have to make sure the system helps the game, not confuses it."