Social media stress is a new phenomenon that the millennials and Gen Z are facing every day and night. Social media star turned singer turned actress, Shirley Setia talks to Outlook about how to keep this stress away and her mantra for social media stardom. 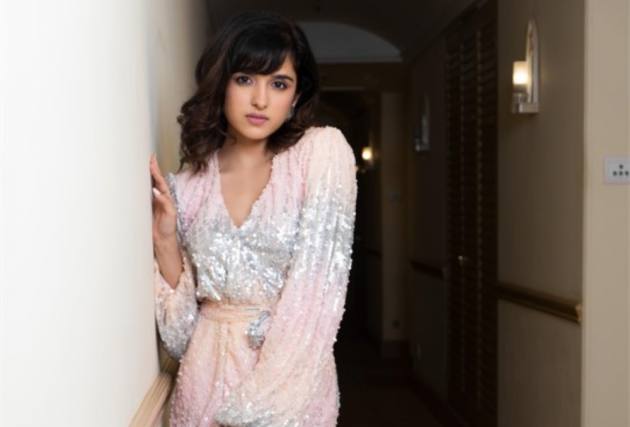 Actress-singer Shirley Setia began her career as a social media star. Her fan following has kept on growing by the day. But now that she’s a busy singer and actress, does maintaining a social media page become like an unwilling task?

Setia is soon going to make her Bollywood debut with ‘Nikamma’. She is also shooting a Telugu film with actor Naga Shaurya. She made her OTT debut last year with ‘Maska’. So overall, her career seems to be starting to fly off. But, for millions of her fans, she is still the social media star who posted cover songs and short funny videos on her social media pages.

Setia has a huge fan following on social media, and keeping them entertained through numerous Insta reels and posts, which aren’t work-related, must be taking a toll on her. Being a millennial herself, what does she do to keep the new-age social media stress away?

Talking to Outlook, Setia reveals how social media gets time-consuming and exhausting at times, how she keeps the social media stress away, and how she is the brains behind all the posts, and not her team. She also reveals her mantra for success on social media. Excerpts from the candid chat:

Like many popular stars, do you also have an entire team managing your social media pages?

No, I don’t have a team. I do my social media stuff all by myself. I wish I had a team because that would make things so much easier and faster, but no, I am still looking (Laughs). If you find someone please tell me.

With your busy work schedule managing such a hugely popular social media page must get tiresome, doesn’t it?

I invest and connect with my audience. It is very time consuming especially now when I am shooting. It can be very difficult. The shootings are sometimes 17-18 hours long, so even after that when one has to post on social media, it can get very exhausting.

So what’s your solution to keep the social media stress away?

I try to not pressurise myself. It is difficult, but then I am still trying to apply the process of not pressurising myself on social media every day.

You never know which posts will work and which ones will be a failure. It’s all very random. So, one has to just keep working. The success of the posts and even films, all depends on the audience and on god. All one knows is that he/she has worked on it with their full heart and soul. We can only give our 100 per cent in our works and then the rest of it all depends on the audience.