Written in a variety of styles, from gritty social realism, folklore to magical realism, the stories in 'The Loneliness of Hira Barua' have been translated into English by Ranjita Biswas. 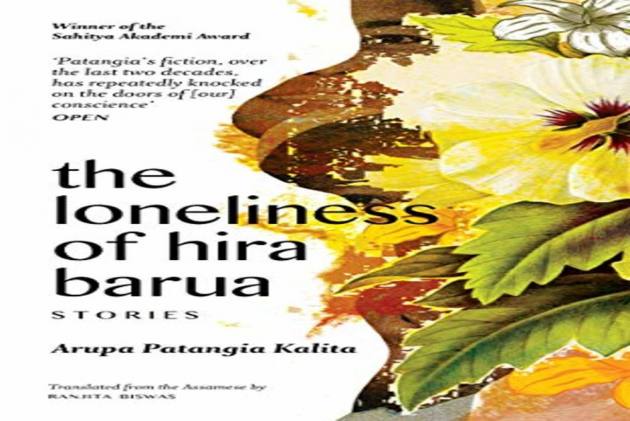 According to the Sahitya Akademi, these short stories reflected the humanitarian outlook and sincerity of the author, and her lucid style of writing and the suggestiveness in the language are remarkable in themselves.

It termed the collection as an important contribution to the genre of Indian fiction in Assamese.

Written in a variety of styles, from gritty social realism, folklore to magical realism, the stories in "The Loneliness of Hira Barua" have been translated into English by Ranjita Biswas. Among the many tales is the one about Hira Barua, which is the title story of the book, published by Pan Macmillan India.

Barua is an aging widow living in a conflict-ridden region of Assam with her tiny dog, a Tibetan spaniel, and she fears she is beginning to resemble a lonely Englishwoman named Mariam Austin from her past. The dog was named Sonali and Barua often had monologues with her, fondly calling her Sonamoni.

Barua and Austin have a lot in common. Austin was the landlady of the rented quarters where Barua's uncle used to live. The Englishwoman too was a widow and though had a son and a daughter, they lived far away.

The old lady was quite lonely and only had her dog, a Labrador named Robert, for company. Like Barua, she would also talk to Robert day and night, sometimes laughed too, and even showed mock anger.

Barua's only son Arnab was in the Air Force, married a non-Assamese girl, and lived outside the state. She lost her husband due to illness.

Kalita's powerful voice is brought to fresh and vivid life in this collection. Other stories include "The Call Girls at the Shelter Home", "The Girl with Long Hair", "Ayengla of the Blue Hills", "Surabhi Barua and the Rhythm of Hooves", "The Half-burnt Bus at Midnight" and "A Cup of Coffee from Aunt Brinda".