Home  »  Website  »  Arts & Entertainment  »  Prayers In Millions, But How Did Big B And Abhishek Bachchan Contract Covid-19 Despite Precautions?

The film industry is agog with speculations as to how could the Bachchans, otherwise known to be very particular about the need to maintain social distancing, be infected with the contagious virus. 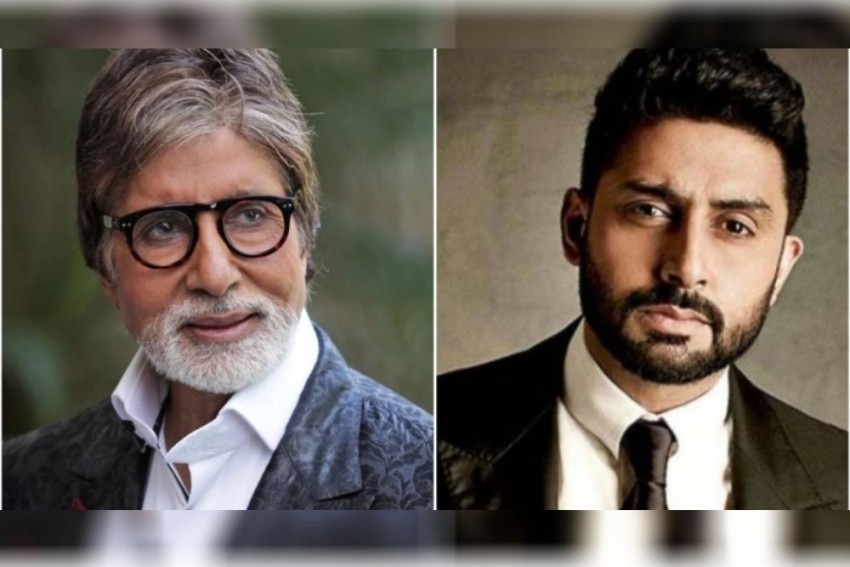 Bollywood star Amitabh Bachchan and his son Abhishek Bachchan.
File Photo
Giridhar Jha 2020-07-12T14:38:38+05:30 Prayers In Millions, But How Did Big B And Abhishek Bachchan Contract Covid-19 Despite Precautions? 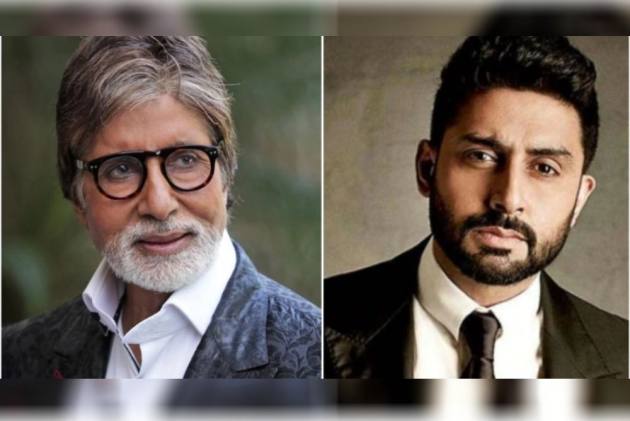 Even as innumerable prayers are pouring in from across the globe for the speedy recovery of Amitabh Bachchan and his son Abhishek, a big question uppermost on the minds of his admirers and well-wishers at the moment is how did they contracted Covid-19 despite taking all possible precautions during the prolonged lockdown and beyond.

The Bollywood legend, 77, was admitted to Nanavati Hospital in Mumbai on Saturday after being tested positive for coronavirus. He broke the news about being infected with a tweet, which shocked his fans around the world. “I have tested CoviD positive .. shifted to Hospital .. hospital informing authorities .. family and staff undergoing tests, results awaited .. All that have been in close proximity to me in the last 10 days are requested to please get themselves tested!”

T 3590 -I have tested CoviD positive .. shifted to Hospital .. hospital informing authorities .. family and staff undergone tests , results awaited ..
All that have been in close proximity to me in the last 10 days are requested to please get themselves tested !

Within hours, reports also came in about his son, Abhishek Bachchan, being infected with coronavirus. Bachchan Jr himself confirmed about it in a tweet. Among the other members of the Bachchan family, Aishwarya and her daughter Aradhya tested positive on Sunday, but Jaya tested negative.

The Brihannmumbai Muncipal Corporation (BMC) has sanitised and sealed their bungalow, ‘Jalsa’ and declared it a containment zone. All his staff at three of their bungalows – Prateeksha, Jalsa and Janak – have also been tested.

Both father and son are said to be asymptomatic and doing well at the hospital. However, a shell-shocked film industry is agog with speculations as to how could the Bachchans, otherwise known to be very particular about the need to maintain social distancing, be infected with the contagious virus.

Big B himself has been at the forefront of creating awareness about the need to maintain social distance ever since the lockdown began. Meanwhile, some of his moves, such as promoting homeopathy treatment for Covid-19 has also drawn criticism in the light of him being admitted to a hospital providing allopathy treatment.

In recent times, Amitabh is not known to have stepped outside his bungalows but Abhishek, according to industry sources, had been going out in recent days for the dubbing of his maiden web series, Breathe: Into the Shadows. In the run up to its digital premiere on Amazon Prime Video on July 10, Abhishek had admitted in an interaction with the media that he had been dubbing for its English version lately. “It was as contactless as possible,” he had said while stressing that all possible precautions had been taken during the dubbing. Abhishek, who was also spotted outside the studio by the photographers, had called it “new normal” in these times.

The dubbing studio where he had dubbed has been “temporarily closed" after Abhishek tested positive, veteran trade analysts Komal Nahta shared the news in a tweet. “SoundNVision dubbing studio closed temporarily as Abhishek Bachchan had, just a few days back, dubbed there for his web series, Breathe: Into the Shadows," he said.

When the media made a beeline to the dubbing studio on Sunday, Nahta tweeted again that the “media hounding SoundNVision studio just coz it’s temporarily shut as AbhishekBachchan, who tested COVID+, had dubbed there is very sad." He added, “Know for a fact that the studio was observing all hygiene protocols to the fullest. And it’s NOT as if he got the virus from there."

It is trues that nobody knows as yet for sure whether it was Abhishek’s contact with the outside world in the course of his professional duties or any other factor that might have caused the father-son duo to get infected but it has certainly highlighted the magnitude of the rapidly mounting Covid-19 problem in the country in general and in Mumbai in particular.

The Juhu and Andheri West area, where a lot of high profile celebrities, including film stars, live remains one of the severely hit areas in Mumbai. On Sunday, the mother of actor Anupam Kher and his actor brother Raju Kher along with his wife and niece also tested positive.

In May, Amitabh had taken part in a day-long dubbing/promotional shoot reportedly for Kaun Banega Crorepati-12 at his ‘Janak’ bungalow, next to his ‘Jalsa’ home. When a controversy arose over it, he wrote a blog about it to claim that all essential measures had been taken. “So yes I worked … got a problem with that … keep it to yourself then … damned if you pour it out here in this locked in condition … sufficient precaution as much that could be taken was taken … and what had been scheduled for 2 days, was completed in one day .." he said.