In an exclusive interview with Outlook, Aparshakti tells us that he is happy with the way his career is shaping up. 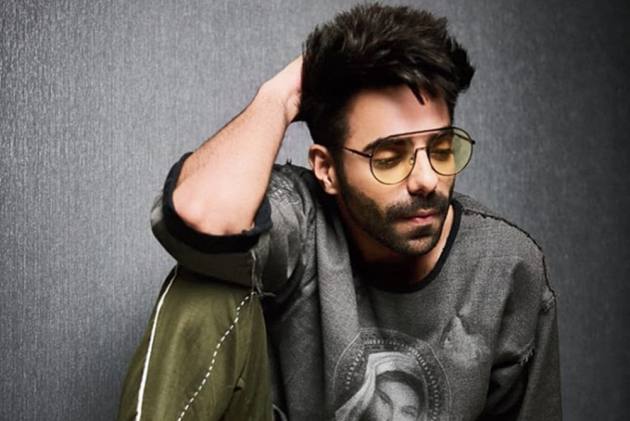 Bollywood actor Aparshakti Khurana began his journey in 2016 with the Aamir Khan-starrer ‘Dangal’. After playing many interesting roles over the past four years, he is now gearing up for his solo release as a protagonist in the upcoming comedy film ‘Helmet’ opposite actor Pranutan.

In an exclusive interview with Outlook’s Eshita Bhargava, Aparshakti tells us that he is happy with the way his career is shaping up. “It feels amazing when I look back on my journey.”

Before his debut in the Hindi film industry, Aparshakti, brother of actor Ayushmann Khurrana, was a radio jockey in New Delhi.

About his journey in Hindi cinema from being a radio jockey to an actor, Aparshakti said, “I never decided to be an actor. It was not a childhood dream – one thing followed the other and everything started falling in place. The key is to not try too hard and that worked for me.”

“I believe that you have to be at the right place at the right time to perform, and that is something which you can’t plan – God has been kind to me. It just happens when it happens. So, I think it just happened to me and, of course, I am not complaining,” he added.

Aparshakti is all set for his 2021 release ‘Helmet’. Directed by Satram Ramani, the film is a quirky comedy that depicts the ground reality in the heartlands of the country, where talking about using protection for sex is looked down upon. The film also features Abhishek Banerjee and Ashish Verma in pivotal roles.

About his character, Aparshakti said, “My character in the movie is that of an ambitious guy from Uttar Pradesh. He aspires to do something big in life and also wants to marry his girlfriend but he is not from a very well-off family. He tries to make a living and in that process, he ends up getting into something that he should not have. In the backdrop of it, there is another story which shows how even today, people are not very comfortable in going to the medical store and ask for a pack of condoms. The movie revolves around that. We have kept it organic and relatable.”

“After a long time, I read a script where the character was not trying too hard to be the protagonist and that helped me relate to the character,” he said, giving a reason for saying yes to the movie.

“The comedy is quite awkward and that makes it funny. The USP of ‘Helmet’ is its comedy,” he added.

There’s a notion that people get influenced by the movie, however, Aparshakti feels otherwise. “I don’t think that people get influenced by watching the film. Whatever they do, however they behave in their real life is a function of their upbringing. However, with films like ‘Helmet’, you can plug-in thought and encourage people to do a certain thing.”

OTT platforms, Aparshakti said haven’t really changed the game. He feels, “There was a need for better content and it has given it. There has been a paradigm shift in movies as well. There is going to be good and bad content on television, OTTs and films – the platform doesn’t really matter.”

“I just hope that OTT doesn’t get as corrupted or commercialised as TV in our country as that hampers the image of filmmakers and actors. We have a few really good television actors but somehow they have been bracketed as ‘daily soap’ actors and that is not fair,” he added while talking about commercialising a platform and its impact on content.

Not many would have noticed but both the Khurana brothers have unique names. Laughing at it, Aparshakti said, “Probably, my father was on quite a trip when he was naming us. He is an astrologer and he has a knack of picking up unusual names.”

“Ayushmann and I share a typical older and younger brother relationship. He keeps me disciplined and keeps giving me the much-needed reality check being older. When it comes to career, we do discuss work, but not always. A piece of advice he keeps giving me is that I should always complete my homework before going to the set,” he said while discussing his relationship with his brother Ayushmann.

Aparshakti wants to do all sorts of movies and explore all the genres as he feels that one needs to “keep everything coming their way in order to grow as an actor and to entertain the audience with something fresh every time”.