Minnal Murali: We Finally Get A Superhero Character That Makes Sense

Malayalam film 'Minnal Murali', starring actor Tovino Thomas in the titular role, is perhaps the first Indian superhero film that does justice to the genre without looking like a blind attempt to copy Hollywood.

A young boy lies injured on the ground, with death and chaos around him but his hope-filled eyes set on silhouette of a superhero. This dark and emotional scene in the beggining of Malayalam superhero film 'Minnal Murali' might confuse the viewer initially but it is perhaps the most powerful one in the entire film, which acts launchpad to a well written superhero story everyone deserves to see.
Actor Tovino Thomas's recent release, Malayalam film 'Minnal Murali' is the story of a young tailor Jaison, who wants to escape his small village of Kurukkanmoola, Kerala and live his big American dream. And then, destiny strikes, literally. Struck by a bolt of lightening, Jaison gets super powers, which make him ten times stronger and faster. While there are many aspects to this film, which are commendable, it is the growth of this character, which leaves the viewer not only in awe but engaged throughout the film.
The premise of the film remains the same as every superhero film ever made - the victory of good over evil. However, unlike other superhero films that we have been watching for years, there is no flying in the air, no damsel in distress waiting to be rescued and definitely no unrealistic miracles happening. The transition of Jaison into Minnal Murali looks organic and presents a subtle transition of a man embracing his powers instead of a 'superhero waiting to be born'.
Thankfully, there is no forced, grand celebration of the character. There are no dance and song sequences where people are leaving everything and just celebrating a character.
Directed by Basil Joseph and written by Arun Anirudhan and Justin Mathew, 'Minnal Murali' is a superhero that is original, real and equally entertaining. Two men, in the same village get hit by lightening. For the large part in the story, both the characters, - Minnal Murali played by Thomas and Shibu, played by Guru Somasundaram, have good intentions but at some point in the film, their choices segregates them into the hero and the villain of the film.
The interesting part about 'Minnal Murali' is that there is logic to every scene. There is a reason why Jaison, after being hit by the lightening gets these superpowers. There is no magic here or a larger picture. The impeccable flow of the story, makes it easier for the viewer to understand what is happening and why it is happening. After getting the superpowers, Jaison doesn't immediately wear a cape and goes around killing the baddies. He is still that man who wants to escape the village life. He is still the guy, who is heartbroken. He is aware that something about him is different now, but he is not willing to become a savior overnight.
Infact, when he first decides to use his superpower in public, he decides to wear a rooster like costume, something that is probably the first thing he could get his hands on in the village. Had it not been for Shibu's misguided anger and wrong choices, Minnal Murali probably would have left the village and gone to the US, to give competition to his American counterparts Superman and Batman. 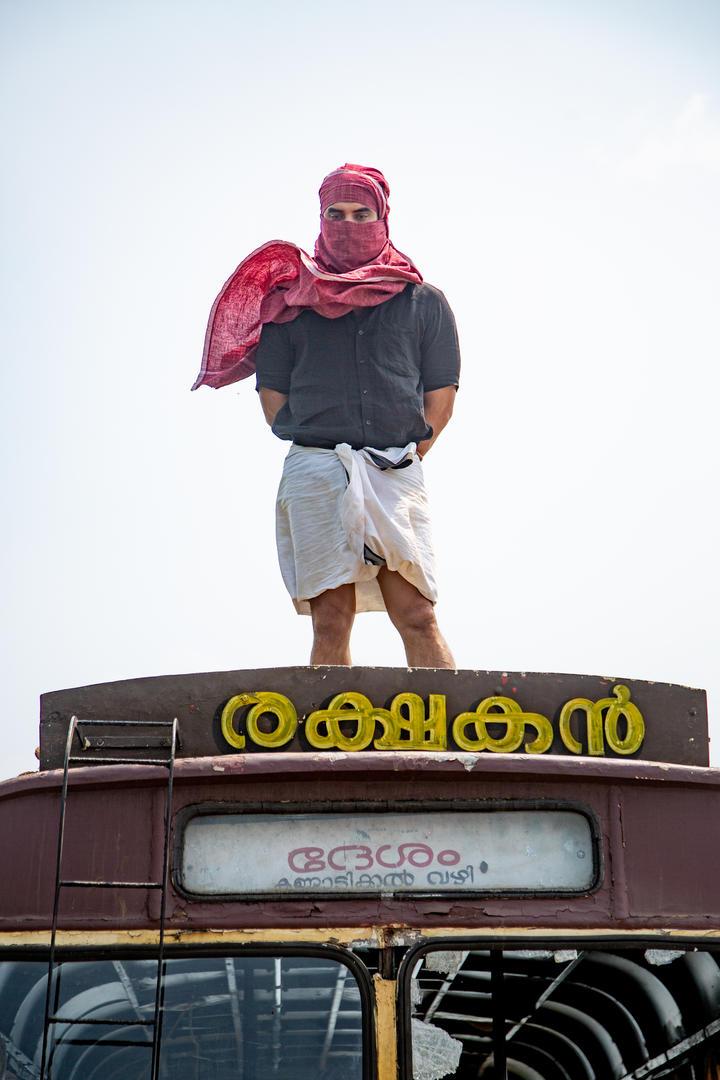 However, make no mistakes, 'Minnal Murali' is every bit of goosebumps raising, high-on-emotion, feel good superhero film. It shows how the choice of a person makes them who they are and not everyone with a superpower is a hero.
Another interesting aspect around this character's development is the action in the film. In one scene, Minnal Murali uses his super human strength to stop a bus full of people from falling off a cliff but the realism in the action throughout the film and display of power is immensely simple. Director Basil Joseph has not induced high octane, flying-from-one building-to-another action sequence at every 10 minutes of the film. It is shown where it is required. So much so, Jaison doesn't wear his superhero suit until the last sequence of the film.
Again, an intelligent result of a story where the characters adjusts itself in a story and not the story being written around glorifying a character.
Lastly, the continuity of the emotional thread throughout the film is commendable. The connection between the film's first few scenes and the last few scenes will make you praise the director and the writers.
'Minnal Murali' can be safely called a successful prototype for Indian superhero films which proves that filmmakers don't have to blindly copy the Hollywood definitions of superhero anymore.