Koffee With Karan Time Machine revisits Saif Ali Khan's journey on the Koffee couch this week. The episode looks back at moments when the Nawab of Bollywood spoke about Kareena Kapoor Khan, Shahid Kapoor and Sara Ali Khan. 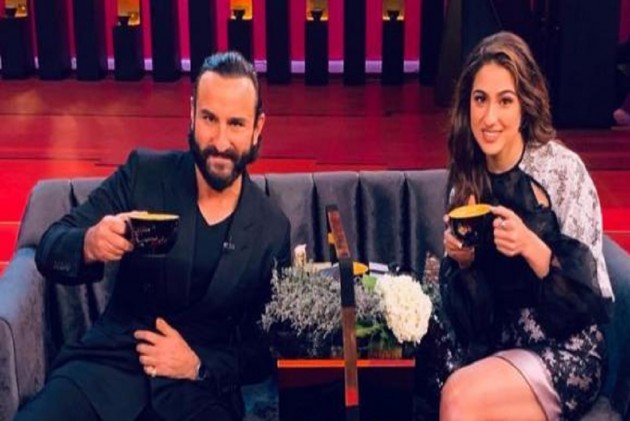 Saif Ali Khan has graced the Koffee couch several times and each time he's come, he has given us a new favourite episode. The Nawab of Bollywood walked on the sets of Koffee With Karan in almost every season and at a new juncture in his life, giving us some of the best episodes through the seasons. This week, as part of the Koffee With Karan Time Machine series, the talk show looks back a few of the best moments featuring Saif and we are super excited.

Saif made his way five times on the show. The first time he walked on to the sets of KWK was with Preity Zinta, his Salaam Namaste and Kal Ho Naa Ho co-star. After which, he appeared with his sister, Soha Ali Khan, where he shed light on his divorce from Amrita Singh. Soon after, he made his way with Kareena Kapoor Khan through which fans received a better understanding of his relationship with Bebo. The trailer reveals an adorable moment where Saif forgets Kareena's favourite holiday spot.

The next time Saif walked onto the sets, he made jaws drop when he appeared with Kareena's ex and his Rangoon co-star Shahid Kapoor. By then, Saif had welcomed Taimur Ali Khan whereas Shahid had also tied the knot with Mira Rajput and embrace fatherhood with the birth of Misha. Moments from his recent appearance with Sara Ali Khan, that became the talk of the town, is also a part of the Time Machine episode.