While fans throughout the country wished Sanjay Dutt on his 62nd birthday, makers of 'KGF: Chapter 2' unveiled the perfect present for the actor. 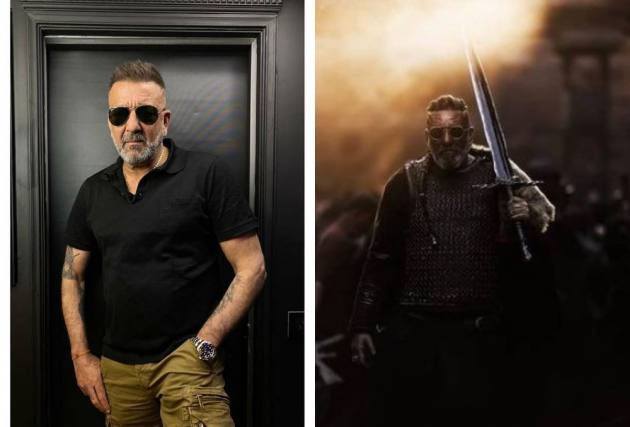 As actor Sanjay Dutt celebrates his 62nd birthday today,  the makers of 'KGF: Chapter 2' took to social media  to release a new poster of the film. Dutt plays the antagonist Adheera in the upcoming sequel starring Yash .

As a birthday treat, the producers took to social media and posted a new poster of Sanjay Dutt. As an antagonist, he appears to be exceedingly threatening and fierce in the poster. In the film, Sanjay Dutt plays a dominant character.

Prashanth Neel, who shared the image, wished Sanjay Dutt and added, "War is meant for progress, even the vultures would agree with me" - "Happy Birthday, Adheera, @duttsanjay sir."

Sanjay Dutt thanked the KGF crew on social media. He also stated that the release date for the film would be announced soon. He posted, "Thank you so much everyone for all the warm birthday wishes. Working on #KGFChapter2 has been amazing. I know you all have been waiting for the film's release for a long time and I assure you that it'll be worth the wait! (sic)."

Thank you so much everyone for all the warm birthday wishes. Working on #KGFChapter2 has been amazing. I know you all have been waiting for the film's release for a long time and I assure you that it'll be worth the wait!@TheNameIsYash @prashanth_neel @VKiragandur @hombalefilms pic.twitter.com/zXSqJGeb6i

The movie was set to hit theatres on July 16th. However, its theatrical premiere was postponed due to the second wave of the COVID-19.  The film's release date is currently being determined by the producers and it will most likely be released in December.

Apart from Dutt, other actors who will be part of the sequel include Raveena Tandon, Prakash Raj, Anant Nag. Prashanth Neel has directed the film, produced by Homable Films.

(With Inputs from Pinkvilla)