Imran Khan Is A Talented Guy, Whether In Front Of The Camera Or Behind It: Filmmaker Abhinay Deo

On the tenth anniversary of the film, director Abhinay Deo talks to Outlook India about the film, lead actor Imran Khan, as well as his wish to make yet another film in the same genre. 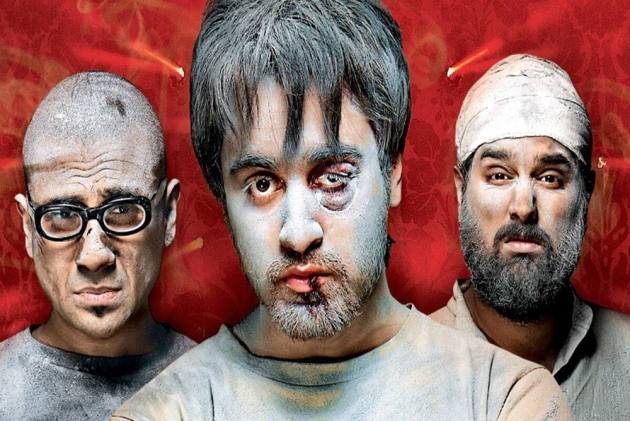 ‘Delhi Belly’, starring actor Imran Khan, stand-up comedian Vir Das, and Kunaal Roy Kapoor, struck a chord with viewers for its bold songs and brazen humour. The first image that comes to our mind when we talk about the film is – Aamir Khan in flashy white bellbottoms, pink collared jacket, and jazzy shades. The 2011 gem was all about seeing the whacko in the ordinary and mining morbid life scenarios for risqué humour.

On the tenth anniversary of the film, director Abhinay Deo, whose last project was Irrfan Khan’s ‘Blackmail’, talks to Outlook India about the film, lead actor Imran Khan, as well as his wish to make yet another film in the same genre.

Here are some excerpts from the interview:

The film has completed a decade, what do you have to say about that?

I feel elated. It doesn't feel like it's been ten years, it feels like I just finished the film yesterday. But yes, it feels amazing to have finished an entire decade of my first debut into movies, that too with a film that ended up becoming a big rage and getting a high status. So yeah, feeling nothing but happiness.

While working on the film, did you know that it's going to work do well?

No, honestly when we started working on the film I wasn't sure whether a film like this was ever going to see the light of day. In the sense that I felt that there were gonna be a lot of people who would object to it, it may get banned or a whole bunch of things I kept thinking, while I was making the film. Later on, it all turned out to be for the best because it was such a relief to see that people in our country were accepting and liberal enough to say that 'Hey, you know what it was a great film and we should applaud it.' So while making it I was a bit scared, not because of the film since I knew it would be a riot, but didn't know if they would riot after the release of the film. That is the part I was fearing.

What was your first thought when you read the script of ‘Delhi Belly’?

First thought was, 'Who is this crazy idiot who has written this film? He must be out of his head. He must be smoking something while writing the script'. Second thought was I have to make this film because I'm even bigger a crazy idiot than this writer. If there is anyone who can give justice to the film it's me. I was looking for something like this and I was elated to see that somebody as crazy as me existed and who could write something as a ridiculously mad script. I was extremely happy, that somebody like the writer existed, who could write material like this especially for India.

Was it hard to direct something like this, a dead-pan comedy?

No, it was not hard for me at all because this is who I'm and how I see the humour. I have always identified with humour in this exact manner. What was difficult was to get people to align with it since, in India, comedy and humour have always been slapstick. There are very few people who have managed to pull out a comedy and humour which is straight-faced and underplayed. So, it was difficult to train people to not do much, they didn't have to fall over or slap someone three times to make others laugh. What you have to do is deliver an intelligently written humour, just trust the writing and go for it. Making people understand this bit was difficult, but otherwise, it was not a problem for me. I was extremely at home with this film.

It seems like Hindi cinema has grown to be more accepting of this film and other out-of-the-box concepts. Would you say that to be true?

Yeah, absolutely! I agree. I think one thing that this cinema or this film proved was the fact that the people in India unlike popular belief are extremely accepting and are intelligent enough to understand and accept great humour which this film is all about.

Tell us about working with Imran, Kunaal, and Vir.

You know, it was just my good luck to be able to work with these kinds of amazing actors. People who were so comfortable in the kind of humour that I was doing. The vision that I had, perfectly aligned with it, since this was a one-of-a-kind film that was ever made in the history of cinema. It was quite a difficult task to cast this film, but once I got these boys, they were so good, incredibly hardworking and no fuss, Imran particularly since he was already a star by then. I was doing something that was completely off his image. His image was that of a chocolate boy and I was making him into an edgy-youngster who has an edgy language, doing things that are quite crazy. He was so welcoming of it because he identified with it.  It is sad that we don’t see him enough, in stuff that we should have seen him in. He is one of the good guys and he should be there in this industry. He is a talented guy, whether in front of the camera or behind it. He is a trained filmmaker and a writer too. I feel he should get his creativity out in any form that he can. So, I feel each one of them had their own skill sets which were being used. They allowed me to use them to its fullest which is what I appreciate about them.

What do you think is the best thing about the film?

It's irreverence. It's boldness. It's craziness. It's honesty. Believe it or not, this film is very honest. I say it is honest because it is very non-hypocritical. It's a film where the way the youth talks, that's the way we have shown it. A lot of people felt 'Arrey, itna gaali kyun daala?', but go and stand outside a canteen of a college and you will see how people speak. This is exactly how they speak. So, it was for the first time, somebody was being bold enough to be non-hypocritical. I don't want to be a hypocrite. I don't want to differentiate between real life and cinema. Because that is what Indian cinema was at that point. Nobody spoke a single wrong word, everything was right. This was a film where every character was great, they had their flaws and everyone was out there unabashedly being themselves. Which I think is the best part.

Given a chance to direct Delhi Belly again, whom would you like to cast?

I would gladly cast the same people again because that was magically created and I would not let go off of that magic.

What are your current future projects?

Well, 10 years after Delhi Belly I'm planning to make a movie in the same genre again. So, that is one of the projects and then there are multiple other projects on OTT platforms and theatricals, which are in the waiting due to Covid-19.