Actress Gauahar Khan went to shoot ‘14 Phere’ the very next day after her own wedding. She even wore her own wedding mehndi during the shoot of the film. As the movie gears up for a World TV Premiere, the actress opens up about all this and lots more. 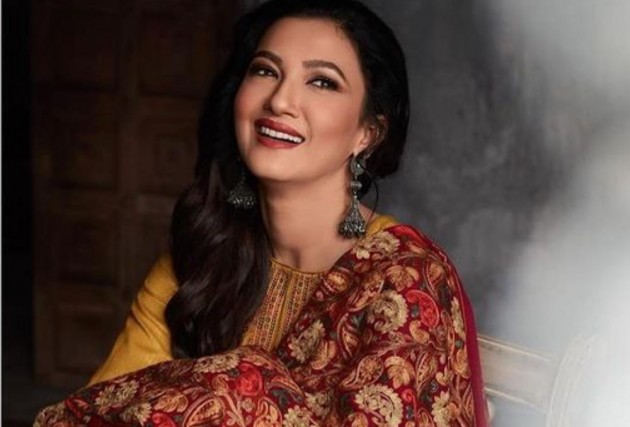 Actress Gauahar Khan received a lot of love for playing three different characters in her last release ‘14 Phere’ on Zee5. The film is set to have a world television premiere On &Pictures this Sunday. In a candid chat with Outlook, Gauahar Khan speaks up about why she always decides to pick up such strong characters, why she went from her real-life wedding to the wedding on the sets of ’14 Phere’ and why she hopes to become ‘India Ki Meryl Streep’ someday.

You play an actress in the movie who is hungry to play any character. In real life is Gauahar Khan also the same actress who is hungry for great films?

Well, I think my choices of the characters that I take in all the projects that I do pretty much are proof of that. I have not done roles just because I want to be seen in a film. I always try and pick up roles that have an impact on the story and have an impact on the audiences even when they leave the theatres. My attempt is always to pick up roles that I want to see myself as and what I want people to see me as. That has been my priority. And yes, I am hungry for good work always.

Was the ‘Delhi Ki Meryl Streep’ phrase already written in the script? How did that come about?

Devanshu Singh sir (the director) and the writers already had an idea of how Zubeena would be. She is not overconfident but is super confident about her acting abilities. In the Delhi theatre circle, she is very well known. She is someone who is very well known in the Delhi acting circles, but yet she has not landed that big meaty role where she can become a superstar. In her head, she is a superstar for the kind of potential that she has, and that is why I think the comparison between Meryl Streep and her is because she truly believes that she is 'Delhi Ki Meryl Streep'. Zubeena, in her mind, is always thinking that she is 'Delhi Ki Meryl Streep. My attempt is that finally one day, hopefully, Gauahar Khan can be known as 'India Ki Meryl Streep'.

You went from your wedding directly to the weddings on sets of ‘14 Phere’. How did Zaid Darbar react when he came to know that you’re going to be back on sets just the next day after your own wedding?

I won't lie. Zaid was not like 'Go Go Go', obviously. But he was like 'the very next day?' and I just told him 'I really can't help it'. Honestly, our wedding was actually not planned for a very long time. It was just an impromptu decision that we took just 2 months before the actual wedding date. My film was already signed and I had already done a schedule. So, once I came out of 'Bigg Boss' season 14, I knew that I would have very little time to plan the wedding and Zaid understood that. He knew that I had to crunch in my shoot dates. If it was a new project that I had taken up after my wedding was planned, obviously I would have adjusted my dates so that I could have taken 3-4 days off after the wedding. But this schedule was already assigned and there was no way out of that. His only reaction was that are you not going to where mehndi or not. The moment I told him that I am not going to wear mehndi as it's a shoot, so he said 'OK then let's not get married right now'. He was like that is the only one thing that I expect. Also, my personal biggest dream was to wear Mehendi at my own wedding. Somehow Allah give me a film which allowed me to wear mehndi the very next day even on this shoot as well. Technically I was going into the shaadi sequence of '14 Phere'.  So the mehndi that you see during the song sequences and all, it is all of my own wedding mehndi. I must say I was very lucky. Zaid was pretty chilled out. He has always been very supportive.

In real life, has life changed in any way after getting married?

Yes, it has. It has just become better.