Eid Mubarak: Five Songs You Should Have On Your Playlist To Celebrate Bakrid Today

From the Sufi hit 'Kun Faya Kun' to the dance number ‘Aaj Ki Party’ here are the songs that should be definitely in your playlist if you are celebrating the festival of Eid today. 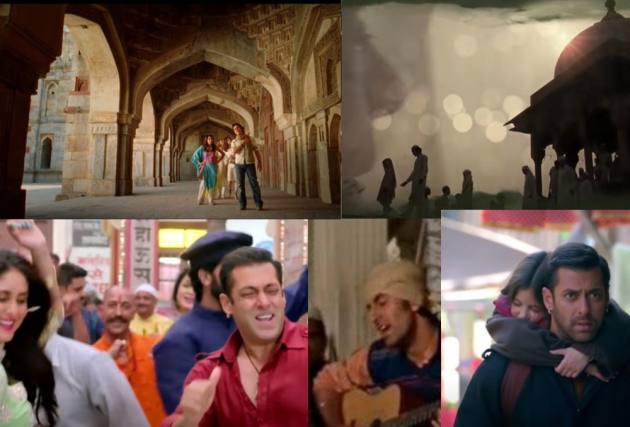 Festivals in India and Bollywood music are incomplete without each other. So, as the entire world celebrates the festival of Eid al-Adha today, we take a look today at some of the popular Hindi film songs without which the festivities are definitely incomplete.

Kun Faya Kun (Rockstar)
This AR Rahman track from the Ranbir Kapoor starrer film is probably the perfect song to start your day with. The sufi elements in the song have a very calming effect and its probably one of the first songs that one thinks of when it comes to celebrate the festival.

Aaj Ki Party (Bajrangi Bhaijan)
This song composed by Vishal-Shekhar probably makes it to every Eid playlist. The dance number is perfect for the occasion since it not only celebrates the spirit of the festival but is also a great song to dance along to with your loved ones, today.

Another gem by AR Rahman that perhaps the captures the spirit and mood of the festival. The video shot in f Chandani Chowk with Jama Masjid in the background takes you to a completely different world of peace and quiet.

The romantic song picturised on Kajol and Aamir Khan is a track perfect for Eid, It will either be the song's melody or the whistling by Shaan, which will refuse to leave your headspace once you hear this track composed by Jatin-Lalit.

Bhar Do Jholi Meri (Bajrangi Bhaijan)
This beautiful song from the Salman Khan starrer composed by Vishal-Shekhar and sung by Adnan Sami is another gem perfect for today’s occasion. Again, a lot of sufi elements in the song help understand their connection with the higher powers, love and peace.